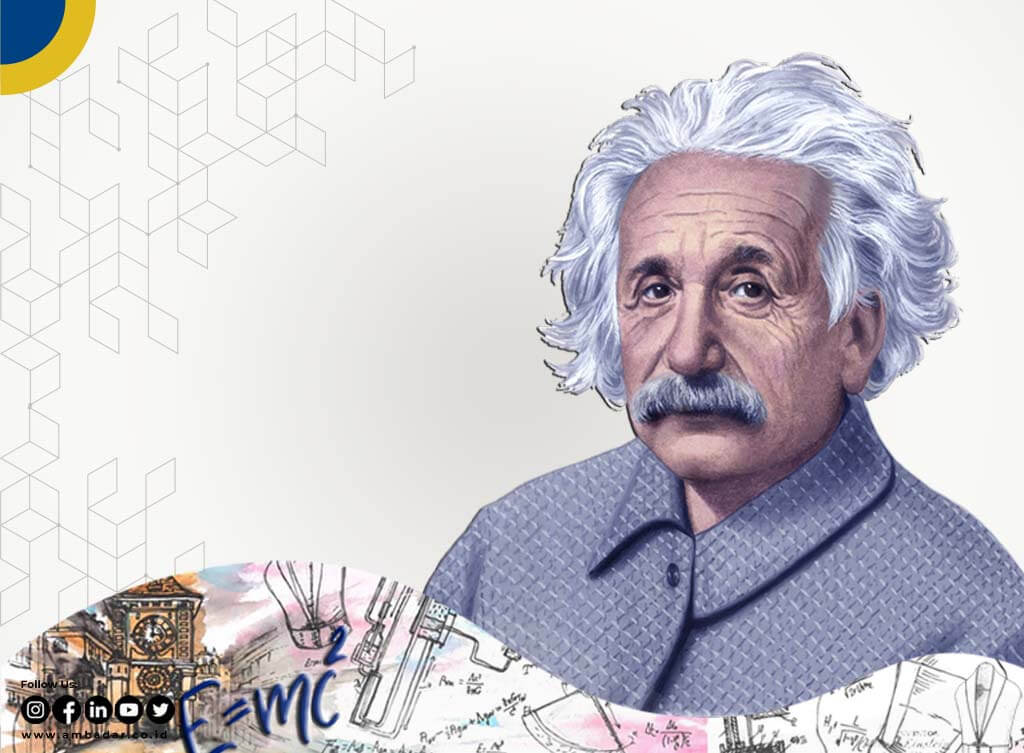 On March 14th, exactly 143 years ago, an engineer and his wife welcomed the birth of their first child:  a baby boy that would soon inherit his father’s love of science and technology.

From an early age, that boy showed immense intelligence and creativity, far exceeding his peers– even mastering calculus at the tender age of 14! As he came of age, he persistently developed his gifts until he became one of the most respected scientists, not just in his era, but the whole of human history. His findings and theories have forever changed the world, and now he’s widely regarded as a monumentally influential figure.

To the common public, Albert Einstein is nearly synonymous with the term “genius”. Perhaps partners know him best from his famous formula E = mc2. Today, as we honor his birthday, we shall attempt to uncover some of his less known works.

It’s not easy to summarize the vast achievements from a figure as important as Einstein. He may be best known for his theoretical work, namely his discovery of the theory of relativity and his contributions to the theory of quantum mechanics, but did you know that he also owned patents? Yes, as a young, fresh graduate, Einstein even worked at a patent office in Switzerland, where he was tasked to check the originality of proposed patents. Many historians have suggested that Einstein’s time at the patent office was a big factor in cultivating his innovative side.

The following are a few examples from dozens of Einstein’s patents. These inventions don’t only depict his inventiveness, but also aspects of his personality are rarely highlighted:

In 1935, Einstein and his colleague, Gustav Peter Bucky submitted a patent application for a camera that could automatically adapt to light that surrounded it. This camera functioned by combining a photoelectric cell with a method to rotate the shaft.

The Kodak Super Six-20 is commonly regarded as the first with an exposure feature, yet interestingly, Einstein’s camera was invented many years prior.

In 1936, Einstein received a patent for a design for a blouse. The uniqueness of this model lies in the blouse’s side openings which also function as armholes. Einstein also designed two sets of buttonholes, thus making the blouse adjustable to weight fluctuations.

Einstein’s humanity was essential to his character. He believed that science and technology must serve society, and more impressively, his strong morals and integrity led him to leave his own country. Einstein didn’t only leave Germany because of Nazis, but even after the war ended, Einstein still refused to have any association with his nation of birth. He rejected awards, titles and prestigious positions from the German government as he couldn’t forgive their actions, especially regarding the genocide of 6 million of his fellow Jews.

It may not be as significant as geopolitical solidarity, but these patents proved that Einstein had heart to go along with his brains.

Olga Eisner was a singer and friend of Einstein. In 1928, Eisner started to gradually lose her hearing—a terrifying condition for anyone, more so for professional musicians. To help his friend, Einstein began designing a type of hearing aid device.

Einstein designed this invention with his friend Goldsmith, and it functioned based on a principle called “magnetostriction”.

When designing the device to help Eisner, he also wrote a poem for her:

A bit technique now and then

One day we’ll produce something good together.

Many of Einstein’s patents involved refrigerator-related technologies. Maybe partners wonder why someone as important as Einstein would spend so much energy on mere household appliances. In reality, there is a tragic story behind it, namely the death of a family in Berlin due to toxic fumes from a broken refrigerator seal. Einstein and his colleague Leo Szilard used this accident as motivation to design refrigerators without lethal fumes or moving parts that could be damaged.

Although Einstein’s refrigerator was not commercialized in its time, one aspect of its design makes it attractive to modern society. This refrigerator was only powered by a heat energy source, while modern refrigerators generally use electric pumps. Therefore, Einstein’s design could be easily adapted to use clean energy, such as solar power.

The impact of this invention is still being felt today. In 2016, Will Broadway designed a refrigeration technology that was inspired by Einstein’s designs. The difference is that the Broadway-designed device is made for medical purposes, namely to ensure vaccines stay cold when shipped to developing countries.

Einstein described the Bern Patent Office as a “worldly cloister where he hatched his most beautiful ideas”. Perhaps it was true that his time analyzing the hundreds of inventions that came on to his desk was awakening the inventor within himself.

From Einstein, we can learn that creativity can always be molded and sharpened. Especially when we want to find our own brilliant idea, that we need to work hard every day while also paying attention to our environment for inspiration. Furthermore, like Einstein, it would be wonderful if our inventions were to serve the common good.

Contact us if you have found that brilliant idea. We will make sure that it will receive the proper service it deserves.