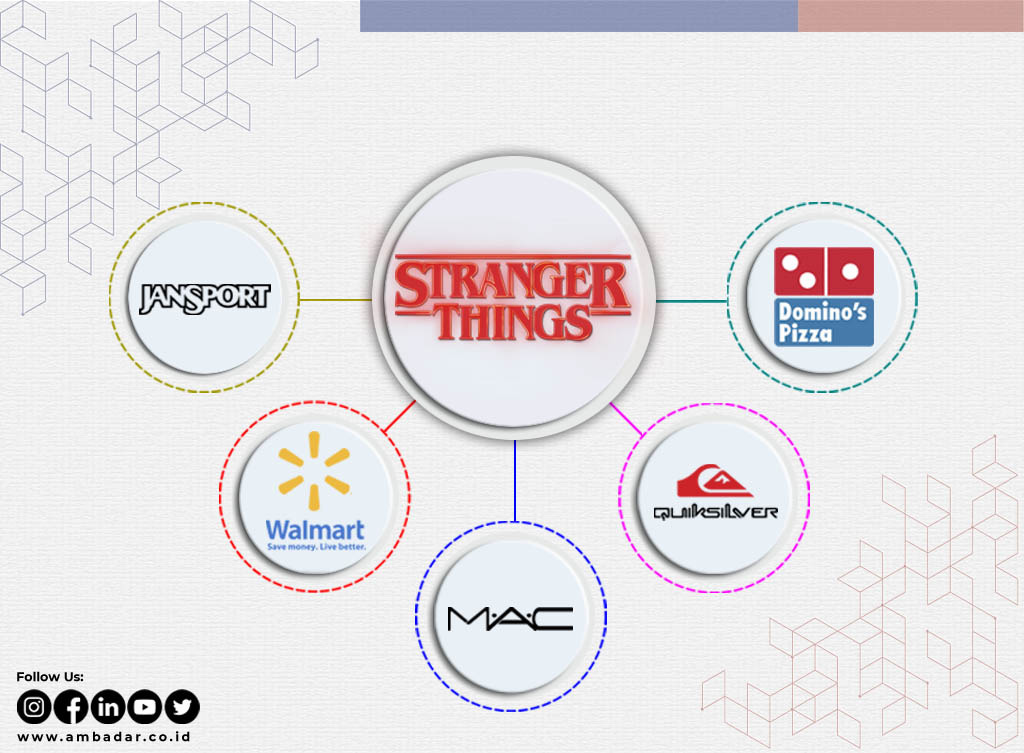 The debut of Stranger Things Season 4 is a long-awaited culmination in Netflix history. The series gives a nostalgic experience set in an 80s atmosphere. Furthermore, the characters can give their charm to the audience.

Some companies see this enthusiasm as a prospect of monetizing intellectual property. Monetization is intended to optimize sales from current brands and collaborate with Stranger Things, either by releasing new products or adding some limited edition ones.

Nowadays, brand partnership or co-branding is quite popular. The reason for this is that co-branding has the potential to boost profits for all parties involved. The collaboration between McDonald's and BTS earned a profit of up to USD 5,890,000,000 (five billion eight hundred ninety million United States Dollars), equivalent to Rp 85,000,000,000,000,000 (eighty-five trillion Rupiah).

Since its debut season, the show, starring Millie Bobby Brown, Gaten Matarazzo, and Charlie Heaton, has collaborated with some well-known brands, including Casio, 7-Eleven, Nike, Adidas, and Burger King. As a result, it is not unexpected that other brands are ready to take advantage of this opportunity.

Here are the well-known brands collaborating with Stranger Things to welcome the fourth season, which aired on May 27, 2022:

Jansport has been a famous bag brand for many generations. In collaboration with Stranger Things, this United States brand offers two designs. Jansport used the couple's names in Stranger Things: Mike and El.  This design was created in response to the overwhelming excitement of fans who appreciated this couple's love story. 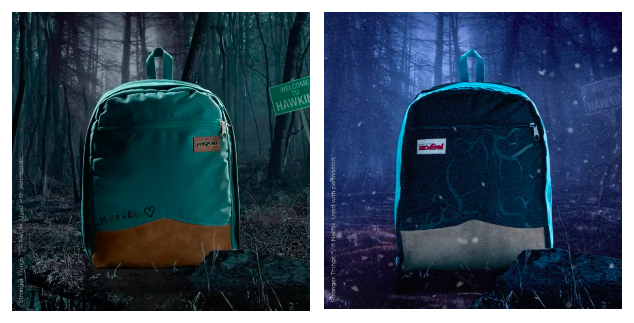 Although Surfer Boy's Pizza is a fictitious brand, the actual product has been available at Walmart since May 2022. 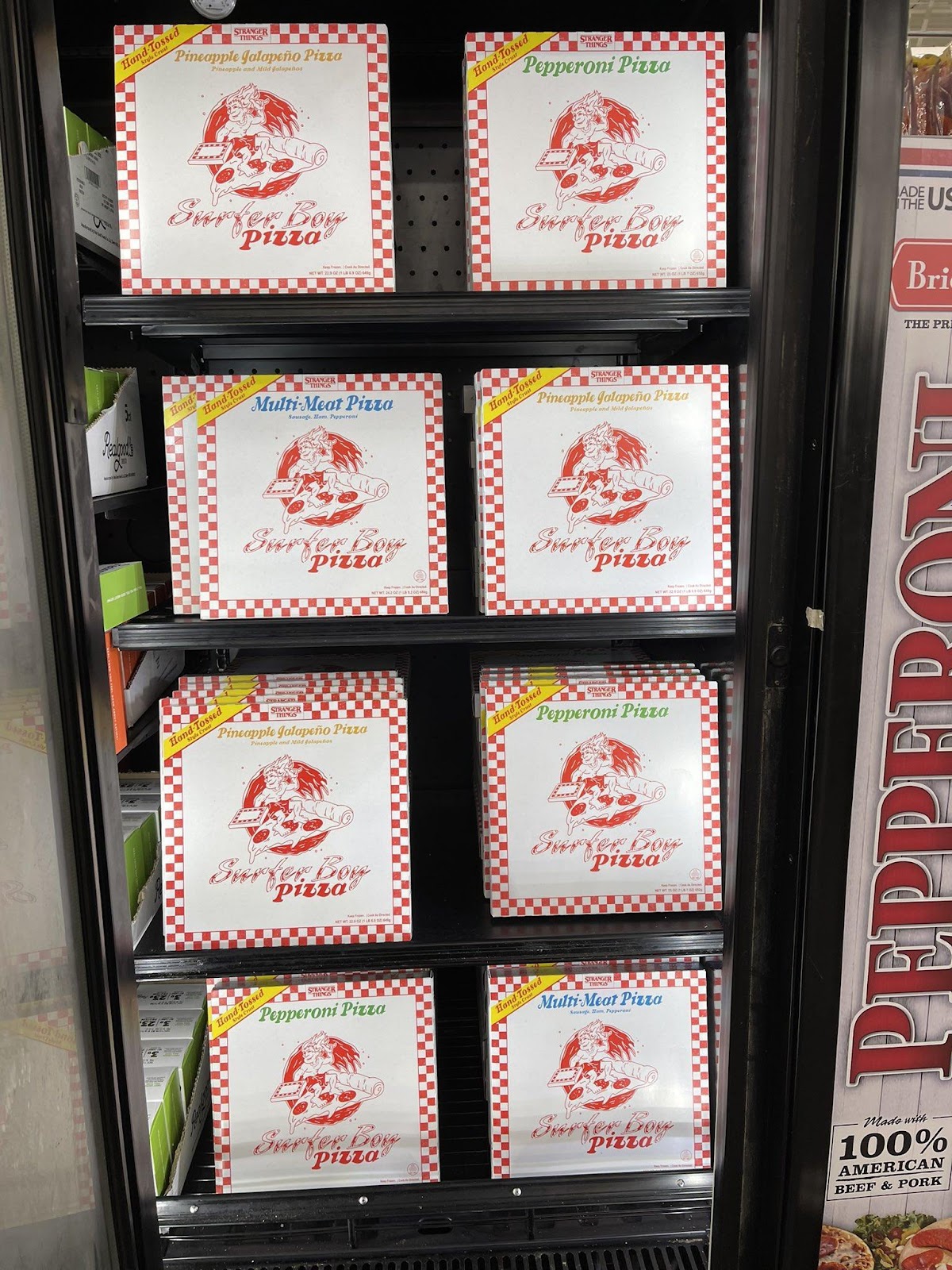 The Surfer Boy's Pizza is available in a variety of flavors, including (i) pepperoni, (ii) multi-meat, (iii) cheese, (iv) pineapple jalapeño, and (v) supreme. This frozen pizza, with its distinctive red and white packaging, is only available for a limited time.

Since 1984, MAC Cosmetics has been an iconic cosmetic brand. To celebrate Stranger Things' fourth season's release, MAC produced two types of collaborative collections: Hawkins and Upside Down. These collections show the nuances of 1980s cosmetics with a contemporary twist.

Quiksilver developed its iconic line in cooperation with Stranger Things. There were about 50 Quiksilver goods chosen to reflect the most prominent fashion styles of the 1980s. The Quiksilver x Stranger Things Collection includes both original and replica outfits worn by the Stranger Things characters. Eduardo Franco, the new Stranger Things actor, is also a model in this collaboration collection. 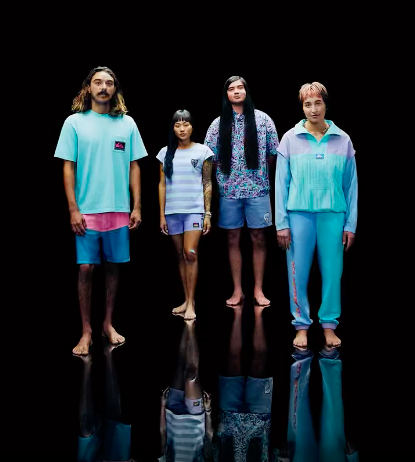 Unlike other brands, Domino's Pizza offers a unique way to order its Stranger Things collaboration products, mainly through the concept of 'Mind Reading' via an application.

The ordering technique using the Thoughts Reading idea offers the customers the feeling of purchasing a menu using the power of their mind. Customers may choose and place orders without touching the screen, however, only by using face movements detected by the phone's camera. Moreover, since Stranger Things was set in 1986, Domino's presents its original packaging from that year. 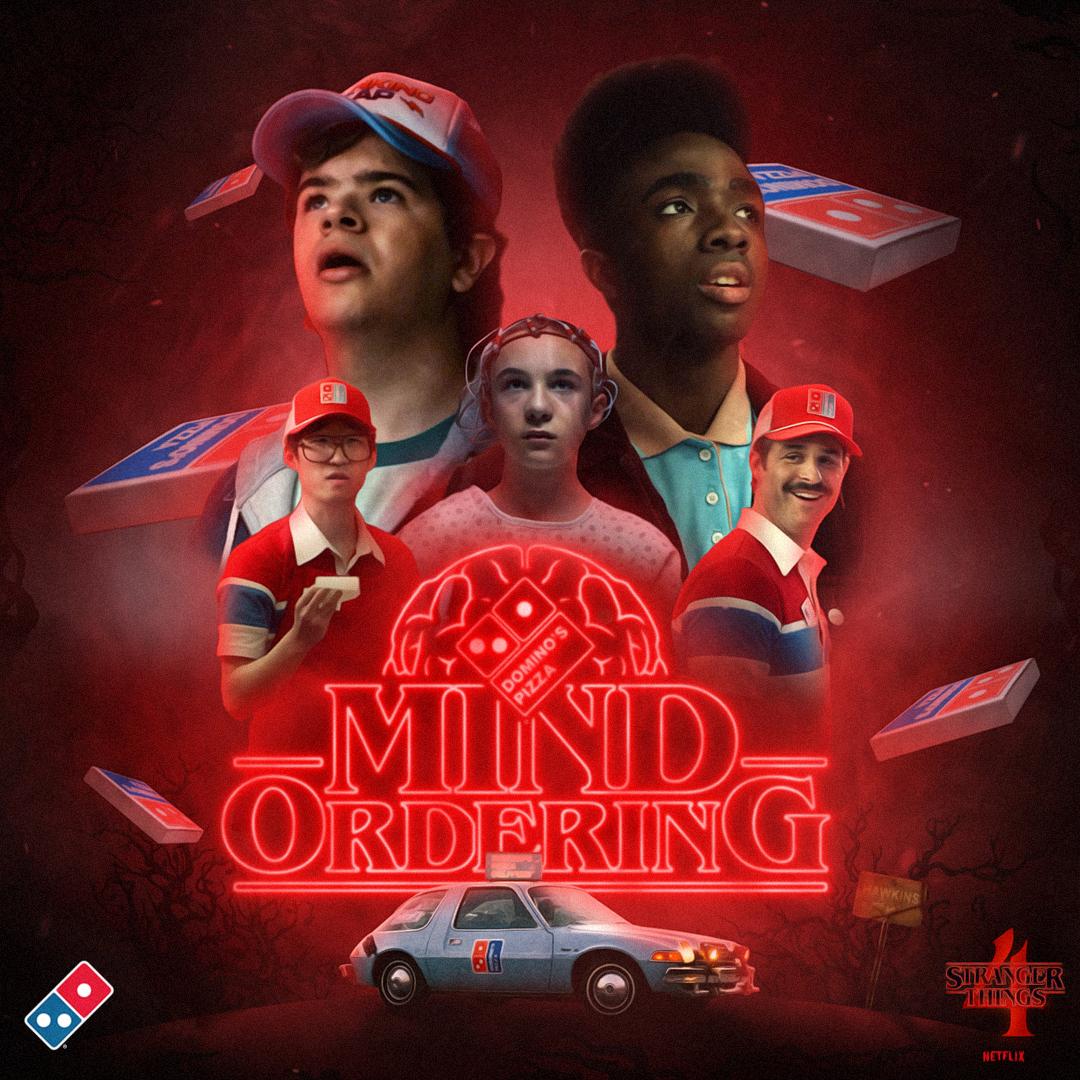 Stewart defines co-branding as several business alliances that work together in marketing, sharing space, and production while maintaining their independence as separate brands. Meanwhile, Park, Jun, and Shocker describe co-branding as a pairing of two or more branded products to form another separate and unique product. Kim and Lee also stated that co-branding could be a strategy that benefits both parties to help drive sales, develop a brand image, and save on marketing or advertising costs.

The Essentials of a Co-Branding Agreement

According to Article 1320 of the Civil Code, 4 (four) basic requirements must be implemented to make a contract. Subekti then classified the four criteria into 2 (two) groups, which are as follows:

a. consent of the parties

Based on Article 1321 of the Civil Code, the agreement cannot be obtained due to an error in the objects or the person involved in the contract. The agreement becomes void if the deal is made in the context of duress, coercion, or fraud.

b. legal competence of the parties

Article 1329 of the Civil Code has regulated that each individual shall be authorized to conclude agreements unless he has been declared incompetent by law. Furthermore, according to Article 1330 of the Civil Code, those who are declared incompetent, such as (i) minors, (ii) individuals under guardianship, and (iii) married women, in the events stipulated by law and in general, individuals who are prohibited by law from concluding specific agreements.

means that an object is agreed upon by regulating the rights and obligations of both parties. At least, the type of goods intended in the agreement are determined and can be traded.

Implies that the agreement's purpose and substance do not violate the law, morals, or public order. If a contract fails to fulfill the subjective conditions, it has legal consequences in which the contract can be annulled. In other words, an agreement can be terminated or desired to be canceled by one of the parties. Meanwhile, the legal implications are null and void if a contract fails to fulfill the objective conditions. The agreement is considered to have never existed, and the parties have failed to establish an agreement.

Furthermore, there are 5 (five) aspects that must be addressed if you draft a co-branding agreement as follows:

For Indonesian citizens, the identification of the parties committing to the agreement is indicated on the Identity Card (KTP). If one or other parties is a Foreign Citizen who signs a contract in Indonesia, the identifying document required is a Passport.

Including the parties' identities is critical in determining the legal competency of the parties to agree. The parties' addresses must then be known to determine which court jurisdiction has the power to adjudicate in the case of a disagreement that is not explicitly specified in the agreement.

Article 1338 of the Civil Code regulates the freedom of contract principle, which is as follows:

“All legally executed agreements shall bind the individuals who have concluded them by law. They cannot be revoked otherwise by mutual agreement or pursuant to reasons which are legally declared to be sufficient. They shall be executed in good faith.”

Including the agreement's validity period will provide certainty in determining the time limit for implementing the parties' rights and responsibilities.

Overmacht or force majeure, according to Subekti, is a circumstance in which what has been agreed upon is not carried out. Wholly unforeseeable events triggered failure to do so. The party concerned is not guilty of failing to perform the commitments and cannot be held liable for the potential liabilities.

If the parties have a conflict in the future, the choice of law and forum must be stated explicitly.

If you have any queries about trademark, brand, or need assistance drafting a co-branding agreement, do not hesitate to contact us at marketing@ambadar.co.id.