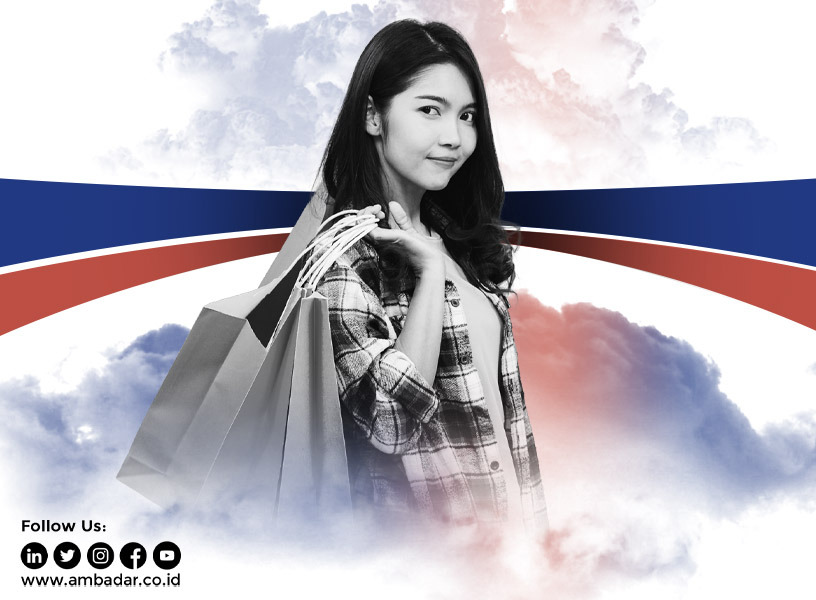 Hundreds of foreign nationals from other countries start their businesses in the United States annually. The United States ("US") government appreciates this trend. It acknowledges that the appearance of foreign enterprises, one of which is from Indonesia, has helped create jobs for its residents while also increasing the country's economy.

Here are several Indonesian companies that have registered their trademark in the US:

GoTo is an Indonesian multinational company formed by merging two unicorn startups, Gojek and Tokopedia. The two officially merged on May 17, 2021.

GoTo is more than simply a combination of the words Gojek and Tokopedia. Instead, GoTo has a deeper meaning, “gotong-royong" (mutual assistance). By demonstrating the spirit of collaboration between two unicorn startups with a strong vision and goal to help the Indonesian country prosper.

In the meantime, GoTo partners with more than 20 (twenty) banks and financial entities to provide financial services such as Paylater, GoPay, Moka, Selly, and Midtrans.

GoTo intends to list its shares on the New York Stock Exchange to broaden its commercial network. Furthermore, on January 24, 2022, GoTo filed its trademark with the United States Patent and Trademark Office ("USPTO") in several trademark classes, including:

There is a widespread perception that the utilization of medicated oil is outdated. PT Ultra Sakti introduces Freshcare to overcome this stigma. Freshcare's modern roll-on bottle design and pleasant aromatherapy formula are ways for the company to steal the hearts of its customers worldwide.

This brand offers solutions to cure symptoms such as dizziness, headaches, flatulence, colds, motion sickness, flu symptoms, pains, and itching from bug bites under the slogan "Halal and its warmth makes it fresh."

Freshcare registered its trademark in the United States on October 27, 2020. This mark is one of 17 (seventeen) trademarks with the same name registered in various classes.

PT Mayora Indah Tbk is the manufacturer of Kopiko candy. Since 1982, this coffee candy has been marketed in Indonesia. This classic brand is not only remembered by the 1980s generation but also by generation Z.

Kopiko was also famous for its appearance in various Korean drama series, including Vicenzo, Mine, Hometown ChaChaCha, and Yumi Cells. It is well known that Kopiko is one of the drama series' sponsors.

Kopiko was also seen in a video published by Sandra Cires, a YouTuber with 15 million subscribers. Sandra is shown eating coffee candy from Indonesia in her video "Candy Christmas Tree!" She enthusiastically expressed his satisfaction with Kopiko's delectability.

Then, in April 2022, a photo of a meeting between the Coordinating Minister for Maritime Affairs and Investment, Luhut Binsar Pandjaitan, and Tesla's CEO, Elon Musk, was revealed.

Luhut is seated next to Musk in the shot, and the two of them carry a pack of Kopiko candy. In addition, Kopiko candy became viral in 2017 after it was witnessed being taken into space by NASA during the Thanksgiving holiday. Its trademark has been registered with the USPTO since July 28, 2021.

SoKlin is a Wings Group product. A lot of nations have recognized this detergent product. In reality, the French football club Paris Saint-Germain ("PSG") has formed a three-year partnership with SoKlin. This partnership is aimed several West African nations, including Nigeria.

Since 1998, the Soklin trademark has been registered in the United States. The registration, however, was canceled. Then, on September 31, 2021, Soklin re-registered its trademark with the USPTO.

Indomie was initially manufactured in 1972 by PT Sanmaru Food Manufacturing, Co. Ltd. Indomie is derived from the words "Indonesia" and "mie" (noodles). The design of this product was driven by the rising scarcity of rice in Indonesia at the time.

Since 1986, Indomie sales have been proliferating, accompanied by an increasing variety of flavors. According to the company's motto, "Indomie, seleraku" (Indomie, my taste), this local instant noodle product has captured the attention of worldwide consumers.

Several overseas celebrities, like Kylie Jenner, Cardi B, Apink's Bomi, Sandara Park, and Yesung and Kyuhyun from the Boy Band Super Junior, have surprised the public by consuming Indomie and posting it on social media.

Indomie has had its trademark registered with the USPTO since 1986. However, as its global company expanded, Indofood USA re-registered the trademark at the USPTO on October 29, 1991.

Given the rapidly expanding investment climate, it is considered necessary for business entities to begin taking advantage of this great opportunity by registering a trademark in the US.

If you have any queries about trademark registration in the United States or other countries, do not hesitate to get in touch with us at marketing@ambadar.co.id.