Pamungkas Stumbled Upon Plagiarism Due to Adapting Poetry into Song Lyrics 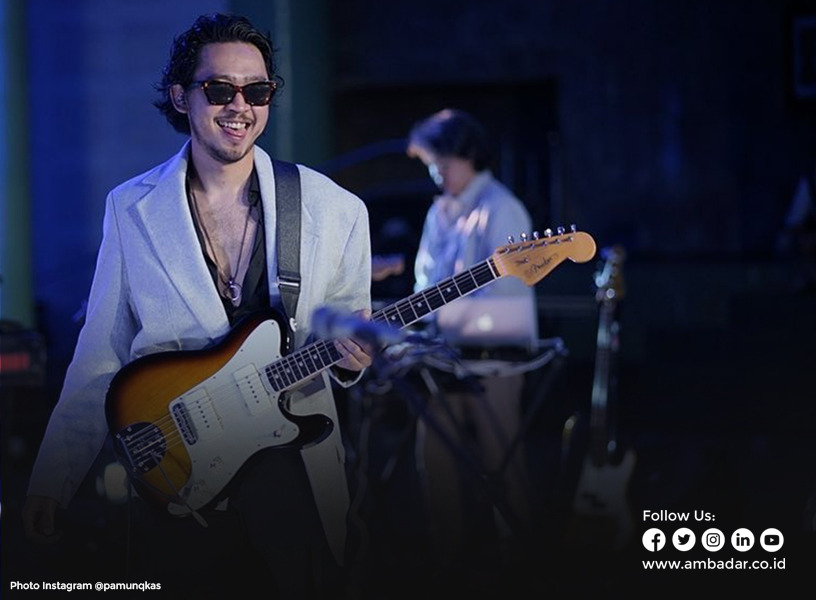 Rizki Rahmahadian Pamungkas, popularly known as Pamungkas, an Indonesian musician, has been accused of plagiarism for his new single, Birdy, which was released on January 28, 2022.

This accusation was made by a poet-activist named Hamzah Muhammad in a tweet from his Twitter account. Some of the words of Birdy's song are similar to Charles Bukowski's poem "The Bluebird."

"Musicality is not Pamungkas’ problem. However, it's a mentality. His new track, Birdy, is not a reinterpretation of Charles Bukowski's bluebird. Birdy is a terrible paraphrase. After the album cover plagiarism lawsuit, it's now time for poetry. It appears that he has unfinished business."

"There is a sensational drive with a predictable plot such as plagiarizing, apologizing, and purchasing the rights."

Pamungkas had previously received a similar accusation for intellectual property infringement on the cover of his album Solipsism 0.2, which featured a collage of multiple artworks belonging to Baptiste Virot.

This 1993-born musician publicly apologized for his mistake through his record label's Instagram account. Furthermore, he added that his team had contacted Virot and bought the artwork's copyright.

Pamungkas responded to the accusation through a live broadcast on Armand Maulana's YouTube, which was quoted as follows:

"I chose to hold this since it's too sensitive (to talk about). My only ambition is to play music and do what I enjoy. I don't seek fame. I made it, and the tune is similar to this. There is an expectation that I will never make a mistake."

He also stated that he intended to respond to the accusations through his fourth album.

Afterward, on Wednesday, February 9, 2022, Pamungkas made adjustments to Birdy's song lyrics on his YouTube channel, followed by updates on the Spotify platform. He didn't confirm or deny any alterations to the song's lyrics.

For the adjustments to the lyrics of the Birdy song, Hamzah stated that Pamungkas' criticism had worked. Although Pamungkas has not responded, the complaint is still regarded as valid because this is a mental issue.

The Legality of Song Lyric Paraphrasing

The Official Indonesian Dictionary defines paraphrase as the re-disclosure of an utterance from one level or kind of language to another without affecting the comprehension or the re-decomposition of a written text in the form of another wording to explain the hidden meaning.  As a result, paraphrasing might be considered a text modification in another form.

In practice, paraphrase is often used in academics. However, if the source of the paraphrase is mentioned, paraphrasing or the act of altering a text is not considered as a violation of the law.

Furthermore, according to Article 40 section (1) of Law Number 28 of 2014 Concerning Copyright (“Copyright Act”), Protected Works, which include scientific, artistic, and literary Works, comprises:

Moreover, according to the article 18 section (1) of elucidation of the term "other written works" means, among others, poetry anthology manuscripts, general dictionaries, and Daily public newspapers.  Hence, poetry is one of the written works protected by the Copyright Act. In addition to poetry, adaptation is a work protected by the Copyright Act, according to Article 40 letter (n) Copyright Act. Therefore, a copyrighted work created through an adaptation or paraphrase process receives legal protection as the law requires.

As a result, paraphrasing has been considered a common practice so far. However, it is miserable that the pattern of copyright infringement that frequently occurs appears to have been considered a habit that begins with a violation. The public finds out so that it becomes a topic of discussion. Afterward, the violator apologizes, and finally, the work's copyright is purchased.

Based on the description above, it can be concluded that paraphrasing a poem into a song is not illegal if:

If you require further information, consultation on intellectual property, copyright licensing management, or any other legal services to protect your work, please get in touch with us at marketing@ambadar.co.id