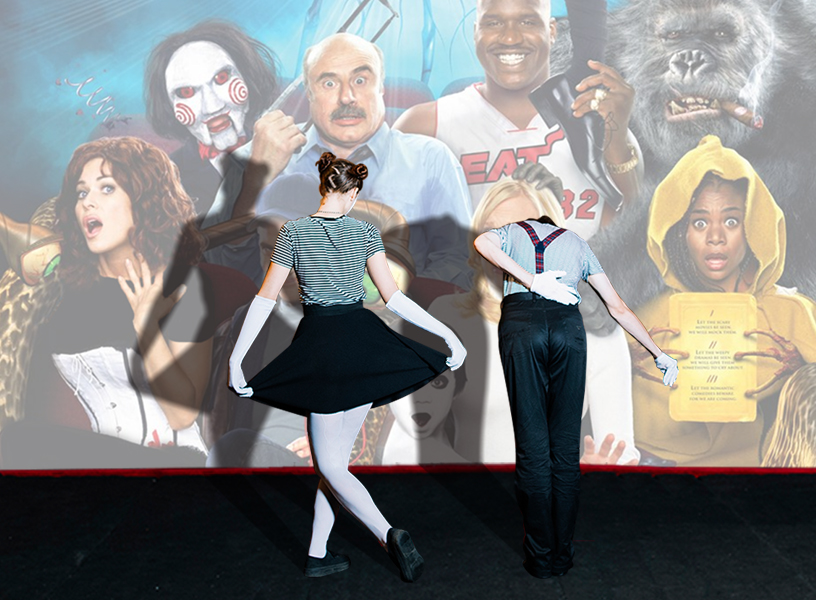 Parody is one of the works which entertained the public since of the "comedy" impression in it. Basically, parody is understood as the art of expressing something with criticism and ridicule or, giving comments using the work of others, whether taking snippets of films, poems, songs, novels, advertisements or an event that is currently famous in society with humor. Parody based on the Indonesian Dictionary (KBBI) is a literary or artistic work that deliberately mimics the style, the words of the writer, or other creator with the intention of looking for the effect of humor.

Parody is considered as a means chosen to voice freedom of expression with nuances of mocking oneself, other people, the government or officials without burden. Parodies can be photos, videos, shows etc. Parodies that are quite popular with the public are parodies in the form of videos.

In general, the use of other people's work to produce new works without permission, such as a parody, can violate the moral rights of the creator and can even violate economic rights if it is made for commercial purposes. In countries which adhere to the Common Law system such as the United States, there is an exception to parody which is regulated in the doctrine of "fair use" with a limitation on the substance of the original work used for parody, then the parody must become a "conjure up" which makes the audience parody becomes imagined and interested to see the original video.

In Indonesia, the regulation regarding copyright is in Law No. 28 of 2014 (Copyright Law). In Indonesia copyright law, there is no clear protection against parody videos. The Copyright Law stipulates that creators and copyright holders have moral and economic rights to adapt their works, adaptations by other parties for commercial purposes must obtain permission from the creator or copyright holder. Thus, based on this article, parody as an adaptation of an original work made for commercial purposes must obtain permission from the author. With regard to “fair use”, the Copyright Law also regulates the exclusion of use of works that are deemed not to violate Copyright as long as the use does not harm the fair use of the creator and / or copyright holder and for personal consumption not to be uploaded to social media which can be used. generate profits or other commercial uses.

So, it is highly recommended to ask permission from the original work owner if you intend to make a parody video that will be uploaded to social media or even used commercially. This aims to respect the moral rights and economic rights of the original creator. Do not hesitate to contact Am Badar & Am Badar via marketing@ambadar.co.id, if you need consultation regarding copyright, it is our pleasure to assist you.