Bangkok Changed its Name, Do All Related Brands Require to Change Theirs? 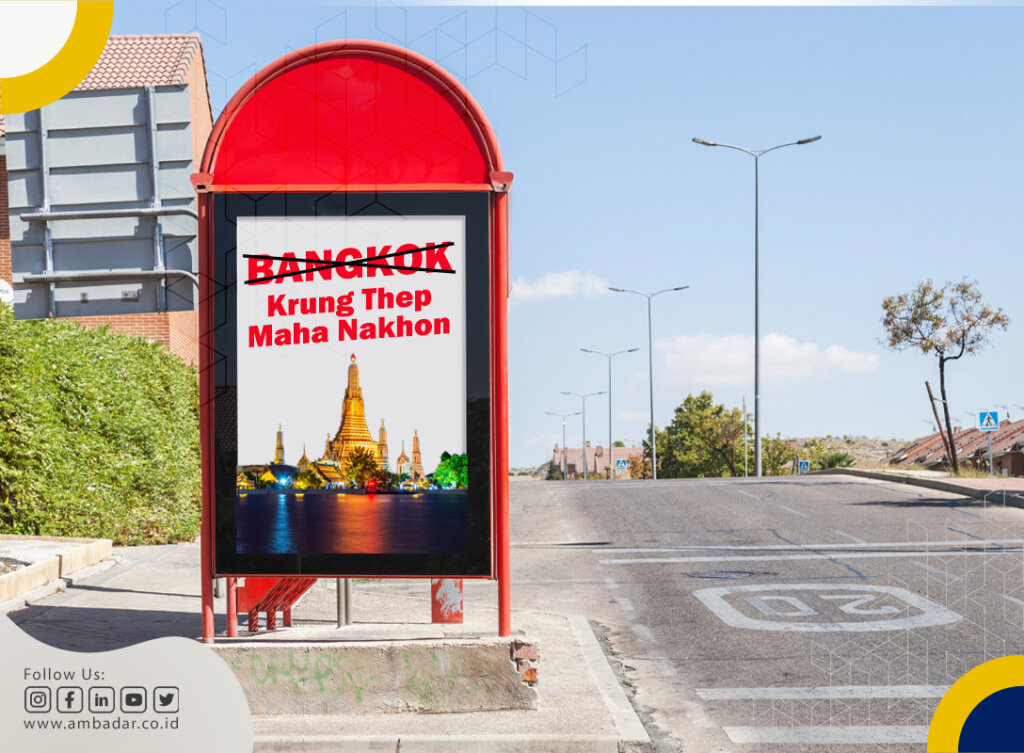 Ratchda Dhandirek, the Thai government’s deputy spokesperson, responded on her Facebook page, saying that the name of the Thai capital has not changed. Nevertheless, the change only occurred in the punctuation mark, changed from “Krung Thep Maha Nakhon; Bangkok,” which has been in use since 2001, to “Krung Thep Maha Nakhon (Bangkok).”

Hence, should all businesses that use the name "Bangkok" be required to change their name?

The fate of Sambal Bangkok’s Indofood

Axton Salim, Director of PT Indofood CBP Sukses Makmur Tbk. (Indofood), sought public feedback via an Instagram poll to decide if Sambal Bangkok, which Indofood launched in 1992, should keep its name or whether changes should be made.

The Legality of Renaming Related Marks

This publicized rebranding campaign for Sambal Bangkok raises new problems about the regulations governing trademark rights for a business or item that utilizes the Bangkok name.

In Indonesia, trademark protections are regulated by Law Number 20 of 2016 on Trademarks and Geographical Indications as amended by Law Number 11 of 2020 on Job Creation (“Trademark Act”). According to Article 1, Point 5 of the Trademark Act, Right on Mark means the exclusive right granted by the State to a registered Mark owner for a definite period to use their trademark or authorize others to do otherwise.

Moreover, Article 20 of the Trademark Act states that a mark cannot be registered if it:

Based on the provisions outlined above, a mark is deemed legitimate for registration if it satisfies the requirements and does not contradict the Trademark Act or its derivative regulations, which are still in force.

Furthermore, according to the search results acquired from the DJKI Intellectual Property Database website, Indofood has not yet registered the trademark and logo that will be the next icon of Sambal Bangkok. Unlike Marjan, a syrup brand that has filed many trademarks for the syrup-flavored versions it creates. As a result, Marjan’s numerous syrup tastes have been granted intellectual property protection.

Thus, the Bangkok name is used by various trademarks, both registered and unregistered, according to the Directorate General of Intellectual Property (“DJKI”). However, it should be noted that the DJKI has still yet to release a confirmation regarding the mark in connection with changing the name of the White Elephant Country’s capital city. As a result, it might be claimed that the word “Bangkok” on a registered mark is still valid in Indonesia and does not need to be changed.

Please get in touch with us at marketing@ambadar.co.id if you require further information, consulting, trademark registration, or any legal services related to intellectual property.