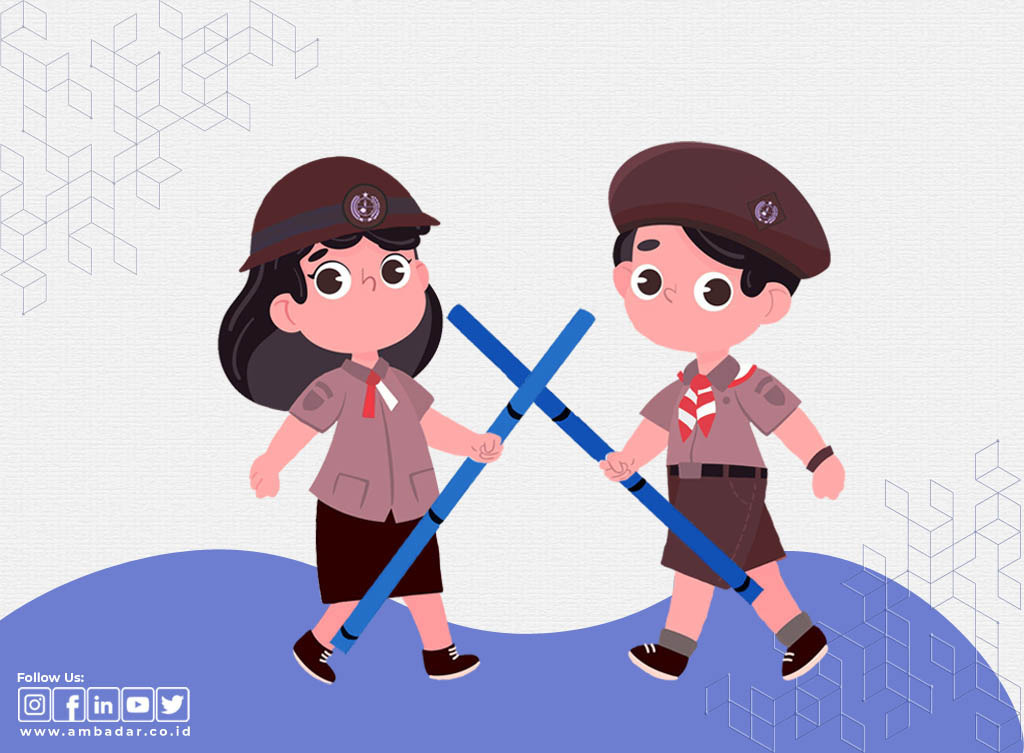 Happy National Scout’s Day! This is the time for Indonesians to show their appreciation towards the boys and girls in our scouting organizations and the values they teach. The history of National Scout’s Day can be traced back to colonial times with the establishment of the “Nationale Padvinderij Organisatie”. However, modern scout movements as we know it today wouldn’t take shape until after Indonesian independence.

On August 14th 1961, MAPINAS (Majelis Pimpinan Nasional) was held. Led by then-President Soekarno with Sultan Hamengkubuwono IX and Brigadier General of the Indonesian Army, Dr. A. Azis Saleh. This was a historic moment for Indonesia scouts, as it not only legitimized their movement but also cemented August 14th as National Scouts Day in Indonesia.

Scouting can be an essential source of learning for young people. It teaches important values such as courage, creativity, resourcefulness, and solidarity. But as we all know, ideologies do not always materialize in real life-- as many organizations that preach specific moral standards have frequently failed to uphold it. One case in the United States proves that not even scouts could be perfectly united and trusting towards each other.

This case involved Boy Scouts of America and Girl Scouts of America. These two organizations are independent and unrelated to one another. Throughout their history, Boy Scouts and Girl Scouts coexisted in relative harmony until the former began to introduce drastic changes. In 2017 the Boy Scouts announced plans to allow girls in their organization, accompanied by a campaign called “Scout Me In.” They renamed their main scouting program to “Scouts BSA” and would officially open enrollments in 2019.

As pictured above in the WIPO database, The Girl Scouts of America have registered trademarks for the term “Girl Scout.” One might think this would give them the upper hand in their case against Boy Scouts, but unfortunately, their complaint focused on the terms “scout” and “scouting” rather than the Girl Scout trademark.

In April 2022, Senior District Judge A. Alvin Hellerstein ruled in favor of the Boy Scouts. He explained that while “Boy Scouts” and “Girl Scouts” are indeed trademarks, “scouting” is not, but rather, a common activity. He also expressed his belief that the Girl Scout’s complaints were not rooted in fear of misleading the public but rather, in fear of market competition.

The Boy Scouts and Girl Scouts would eventually agree to a settlement. The Girl Scouts agreed to drop its appeal, which included an 11 million dollar claim. In turn, The Boy Scouts will withdraw a motion covering $16 million worth of their legal expenses.

Scouting could offer a wide range of valuable lessons, such as solidarity and resilience. Meanwhile, this case involving two scouting organizations taught us different things, such as the importance of IP comprehension, especially how to properly construct trademark complaints. If Partners have any questions regarding trademark or other IP disciplines, get in touch with us via marketing@ambadar.co.id.