Since 1993, the Jurassic Park franchise has colored the public’s imagination with the wonder of extinct animals. The adaptation of the Michael Crichton classic asks what would happen if humanity were to bring back dinosaurs and poses questions concerning the morality of such actions. Then, the concepts brought forward by Jurassic Park were mere fantasy, but modern technology continues to blur the lines between fiction and reality.

De-extinction is the process of generating an organism that either resembles or is an extinct species. The prospect has intrigued some conservationists for the various benefits they believe it offers, such as the restoration of certain biomes, academic research opportunities, advancements in medical technology, and so forth. At the time of this article’s creation, no de-extinction attempts have been fully successful. Deficiencies in technology and knowledge, as well as ethical dilemmas, continue to hinder efforts.  Furthermore, setting aside the infinite scientific and moral questions concerning de-extinction, there is also an interesting discussion to be had concerning its patentability. Could extinct animals be patented? Is the process of de-extinction different from other genetic engineering methods that are commonly patentable?

Before diving deeper into de-extinction, let's review genetic engineering in general terms from the perspective of patents.

In Indonesia, Article 9 of Law No 13 the Year 2016 on Patents stipulates that the following inventions, among others, cannot be patented.

Elucidations further explain that living organisms as referred to in the Article, concerns any human, animal, or plant, whereas microorganisms are tiny organism not visible to human eyes unless with the use of a microscope, such as an amoeba, fungus, virus, and bacteria. Meanwhile, the term “biological process which is essential to produce plant or animal” refers to conventional or natural propagation processes, techniques such as cuttings, layering, or natural pollination. The term “non-biological process or microbiological process to produce plant or animal” concerns the process of producing plants or animals which are usually transgenic/genetic engineered by including chemicals, physics, microorganisms, or other forms of genetic engineering.

Thus, we can conclude that in Indonesia, living beings aren’t patentable, except for microorganisms. However, the transgenic process needed to produce certain animals or plants is patentable.

This is the stance taken by many other nations in regards to genetic engineering and patents. In article 27 section 3 of Trade-Related Aspects of Intellectual Property Rights (TRIPS) it’s established that

Meanwhile, the European Patent Convention (EPC), which establishes a procedure for granting patents in its 38 Member States, doesn’t exclude living beings from patentability. Rule 27 of the Implementing Regulations to the EPC establishes that biotechnological inventions are patentable if they concern:

In short, for the 38 member countries of the EPC, animals or plants are patentable, as long as it fulfills the requirements set for any invention, namely having a novel, distinguishing characteristics and the inventive steps to attain them.

In the United States, patent laws don’t exclude living beings (except humans) from patentability. Moreover, the US Patent and Trademark Office (USPTO) also stress the need for novel characteristic. Their guidelines state that a living being is considered to be a product of nature and thus wouldn’t be patentable if there are no significant differences between the “engineered” living being and a living being that exists in nature.

With this in mind, let’s circle back to de-extinction. Two commonly cited methods are believed to be feasible in achieving de-extinction, namely cloning and genome editing. We will discuss each method from the perspective of patients.

National Human Genome Research Institute (NHGRI), defines cloning as a process that involves using scientific methods to make identical, or virtually identical, copies of an organism, cell, or DNA sequence. This is the method that is adapted in Jurassic Park. Scientists in that film were able to clone dinosaurs by extracting their blood from fossilized mosquitos in amber. Real-life science could not utilize the same method to revive the T-Rex, however, cloning has allowed the de-extinction project closest to success. In 2009, a clone of the extinct Pyrenean Ibex was created, unfortunately, it only lived for a few minutes before dying due to respiratory defects. 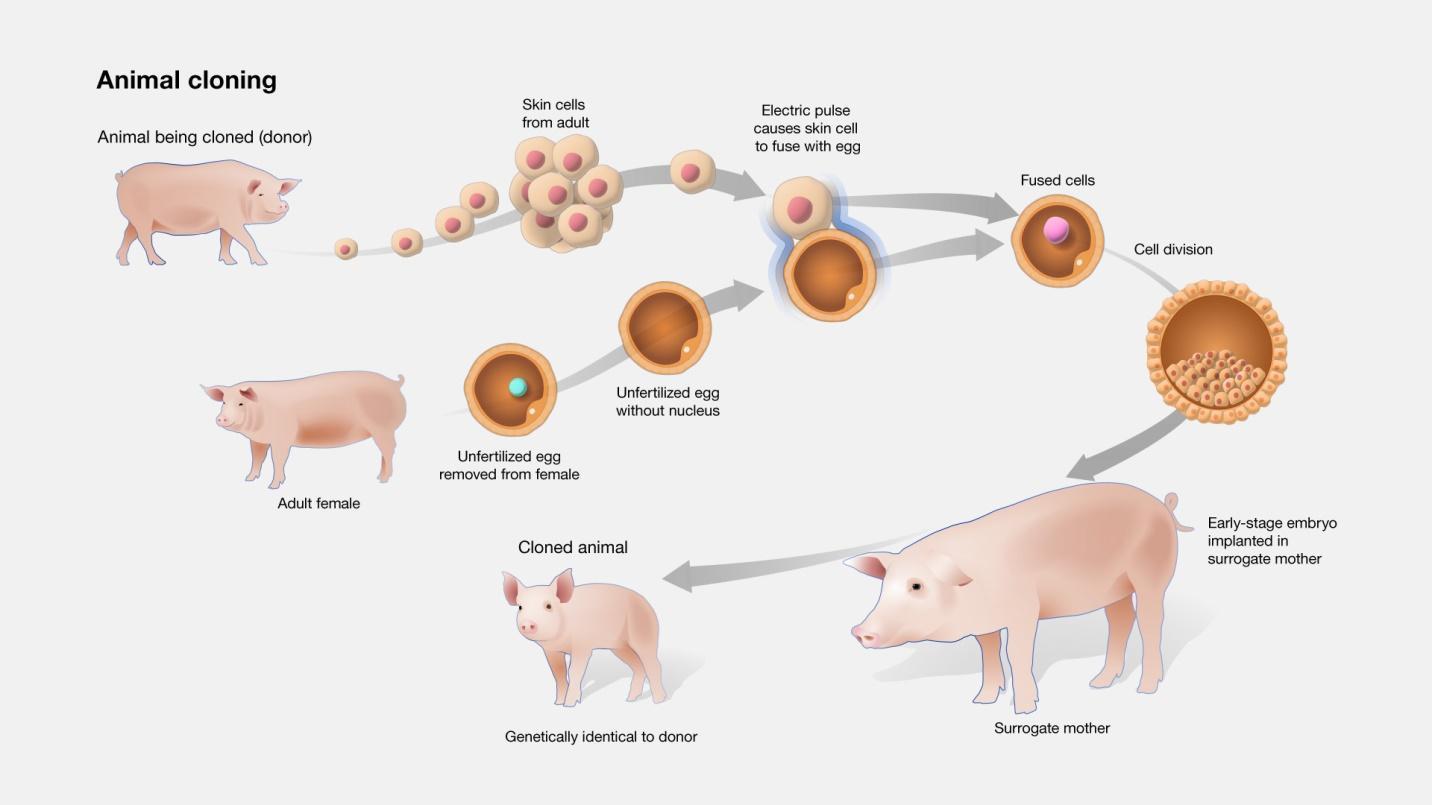 The most famous and successful cloning attempt didn’t involve an extinct species, but it could be a precedent for the patentability of “revived” species in the future. 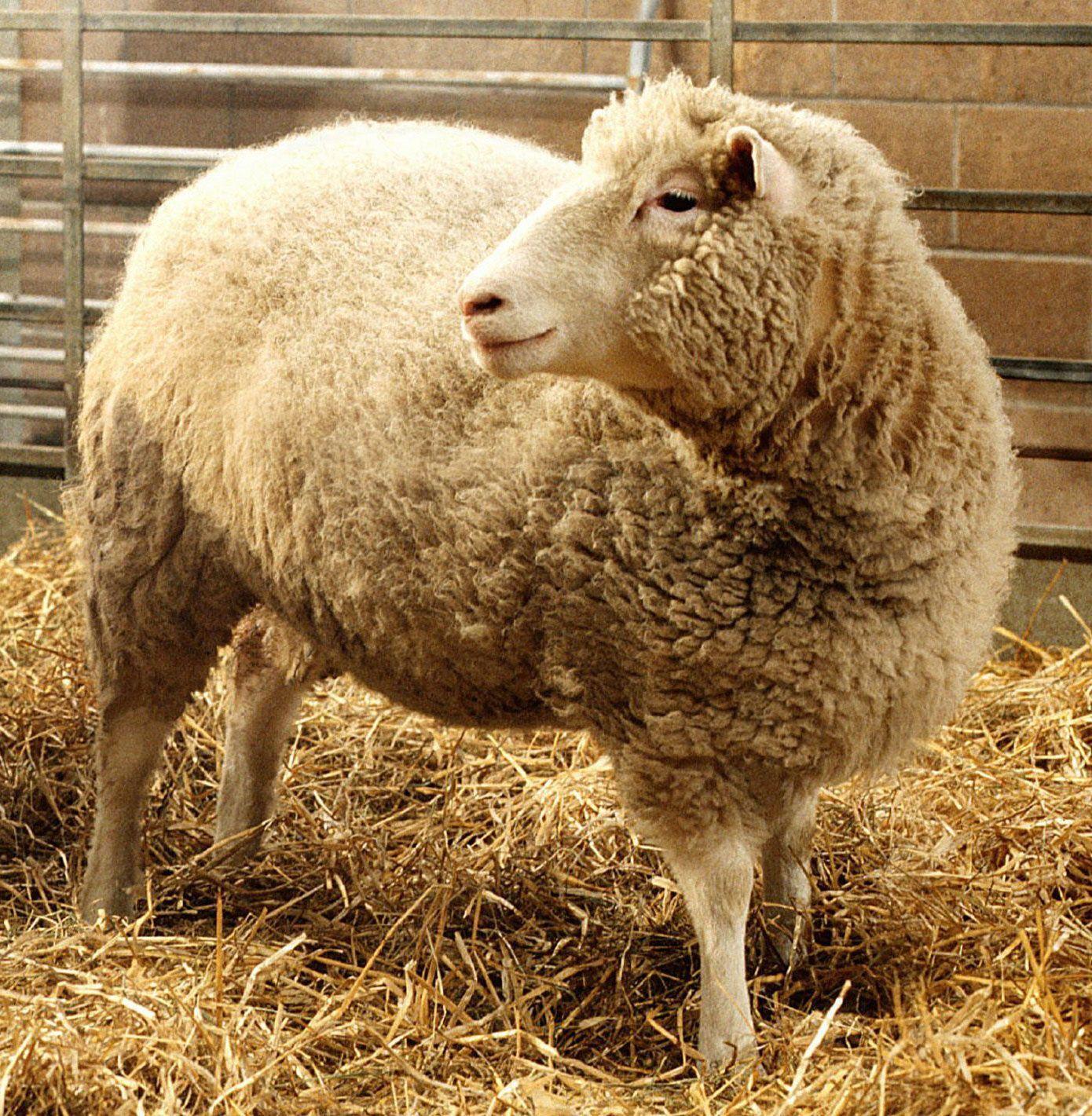 Dolly was a female sheep and the first mammal cloned from an adult somatic cell. She was “created” by Keith Campbell, Ian Wilmut, and their colleagues from the Roslin Institute in Scotland, as well as the biotech company PPL Therapeutics. The method to execute the cloning process was an important breakthrough, therefore, Campbell and Wilmutt, as representatives of the Roslin Institute, registered a patent for said method. U.S. Patent No. 7,514,258, as per its description, concerns a method of rearranging animal embryos that involve transferring the nucleus from a dormant stem cell to a suitable recipient cell.

Campbell and Wilmut didn’t encounter any problems while registering their cloning method; they only did so when they attempted a patent application for the “products” of those methods, namely the animals. This application was rejected because cloned animals were perceived to be indistinguishable from other animals found in nature. “Dolly is an exact genetic replica of another sheep, rendering her unpatentable,” wrote a judge of the US Court of Appeals, Timothy Dyk.

Cloned animals were indeed created by an inventive process, but they by definition share the same characteristic as animals existing in nature. They do not meet the provisions regarding distinguishing elements and thus cannot be granted patent protection.

So, does this mean that if we manage to bring back extinct animals someday, these animals wouldn’t be eligible for patent protection? This would probably be the case if the animals were products of cloning, but note that there are other methods for implementing de-extinction.

Aside from cloning, conservationists have also turned to genome editing—a type of genetic engineering in which DNA is inserted, deleted, modified, or replaced in the genome of a living organism. In simple terms, de-extinction with genome editing wouldn’t “revive” extinct species, but would concern “modifying” existing species to imitate extinct ones. 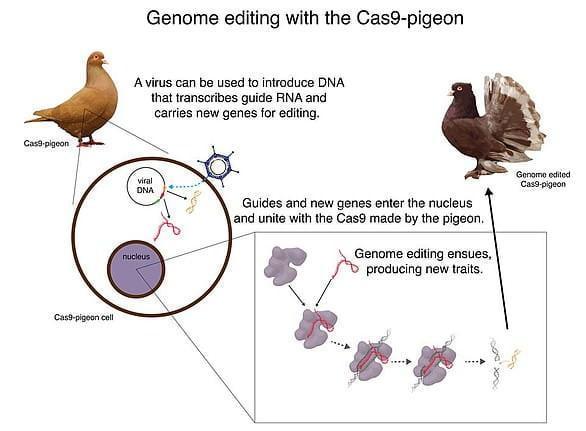 The most famous de-extinction project that utilizes genome editing is the one by Colossal, a startup that looks to “revive” the mammoth within the next 6 years. As previously explained, Colossal wouldn’t “duplicate” an extinct animal, but rather they would genetically engineer existing ones. Specifically, they are planning to “edit” Asian elephants so they to withstand cold temperatures, thus creating a new species that are functionally similar to mammoths. Colossal plans to release what they refer to as “arctic elephants” in the Siberian tundra, believing that these new creatures could help the restoration of the ancient steppe ecosystem and restore grasslands, as well as help, keep carbon locked in the permafrost. 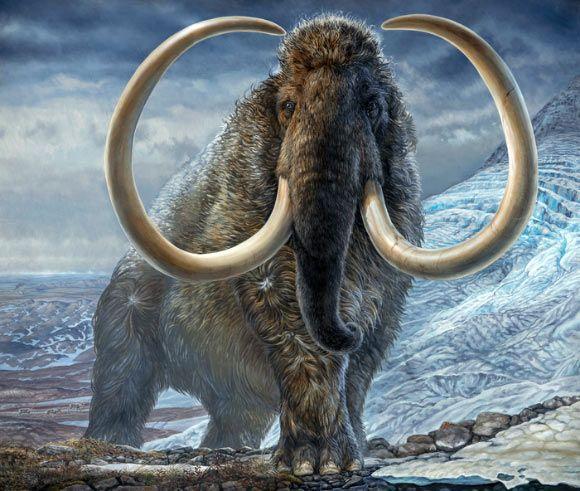 Unlike Dolly, the mammoth’s creation methods could be the deciding factor in its patentability. IP experts Aisling McMahon and David M Doyle wrote their opinions on this matter in a paper published by the Journal of Law and the Biosciences. They explained how in de-extinction processes that utilize genome editing; the result would be a hybrid animal that is a cross between an existing animal and an extinct animal. This hybrid animal should be considered a new transgenic animal because it has never existed in nature, and could only exist through human intervention, unlike the common sheep. McMahon and Doyle likened hybrid animals to “OncoMouse”. OncoMouse is a mouse specially engineered for the benefit of cancer research. In 1988, history was made when the US patent office granted a patent for the OncoMouse, making it the first instance of an animal being patented.

Therefore, considering the methods behind the creation of Colossal’s “mammoths” and the patentability of OncoMouse, McMahon, and Doyle believe that if it could be created, mammoths could be eligible for a patent.

In an interview with Wired.com, Ben Lamm, CEO of Colossal, expressed his confidence about the patentability of mammoths. However, he underlines that it’s not their main objective. Their focus is rather on patenting the technologies developed in the process -- such as methods for editing the genome that might be useful for research, or the "synthetic wombs" they created for mammoths that could be useful for humans. “I think you may get more value out of the technology than the resulting genomes, although we’re not “closing the door on patenting whole animals," said Lamm.

Technological advances continue to extend the reach of science beyond expectations. What was previously fantasy, now offers potential. This era is rich in opportunities and possibilities for young inventors to bring about breakthroughs. If Partners have inventions of your own, contact us via marketing@ambadar.co.id. Our patent consultations will ensure that your inventions reach their maximum potential. In addition, we also offer a variety of other quality services concerning intellectual property. Contact us now!