James Earl Jones Signs Off His Voice: What Are Image Rights? 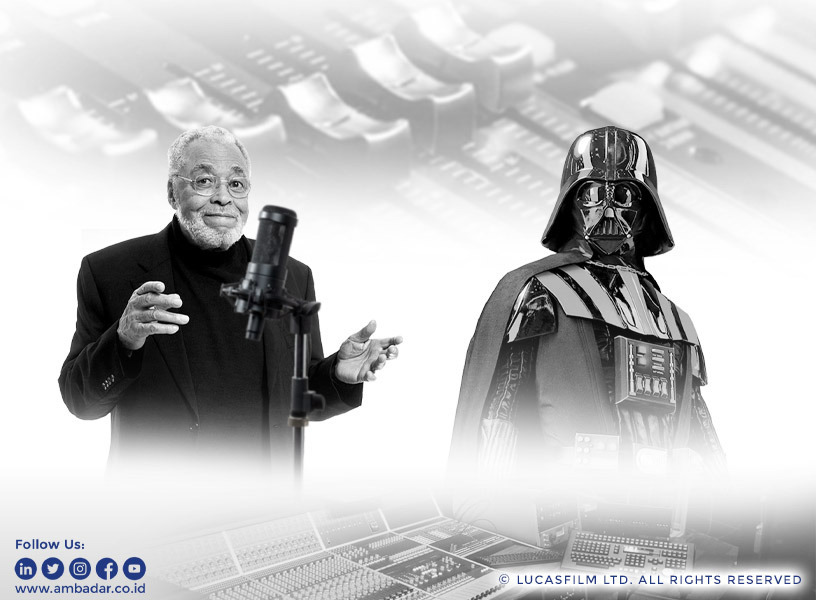 Film buffs must be familiar with this villainous figure featured in the cover, Darth Vader. The Star Wars antagonist has been a staple of pop culture since 1977– known for his distinctive armor, red lightsaber, and above all, the deep bass-baritone voice courtesy of the character’s voice actor, James Earl Jones. Jones has  lent his signature voicings to Darth Vader in the antagonists’ debut since the very first Star Wars film, through subsequent installments and numerous spin-offs. So much so that Jones’ voice had become synonymous with the character itself.

As with other major entertainment franchises these days, the sheer success and popularity of Star Wars has made it unlikely to end soon. Disney would be keen to keep characters such as Darth Vader around for many years to come, just as Tarzan or Zorro. However, James Earl Jones is 91 years old, and it was no surprise that he has recently announced his retirement from the Darth Vader role. Common sense would lead us to assume that Disney will have the nearly impossible task of finding a suitable replacement for Jones. The route they actually look, is much more bizarre.

Last week, it was reported that Jones had signed over the rights to use his voice to Disney, as Disney plans to replicate it via Artificial Intelligence (AI). AI would analyze both stock recordings of James Earl Jones and the voice itself, it would later then replicate it to produce future Vader dialogue. This way, Disney could still produce new content with Vader and his iconic voice, without any fresh contributions from Jones himself.

Outside of the potentially terrifying consequences of the existence of AIs that could realistically replicate human speech, this case represents an interesting topic regarding IP. What Jones did (signing off the rights to use his voice) falls under the realm of Image Rights.

What are Image Rights?

Ian Blackshaw in his book “International Sports Law”, defines Image Rights as access to the services of the personality for the purpose of filming, television (both live and recorded), broadcasting (both live and recorded), audio recording; motion pictures, video and electronic pictures (including but not limited to the production of computer-generated images; still photographs; personal appearances; product endorsement and advertising in all media; as well as the right to use the personality’s name, likeness, autograph, story and accomplishments (including copyright and other intellectual property rights), for promotional or commercial purposes including, but without limitation, the personality’s actual or simulated likeness, voice, photograph, performances, personal characteristics and other personal identification.

In simpler terms, Image Rights can be defined as the right over the commercial use based on one’s likeness. This constitutes one’s name, face, appearance, voice etc. Image Rights are now a lucrative business on its own, especially in the entertainment and sports industry. Nike has contracted the use of footballing legend, Cristiano Ronaldo’s likeness in a deal reportedly worth one billion US dollars.  Meanwhile , Swiss tennis superstar Roger Federer has trademarked his initials “RF” which he now uses in a variety of products.

Circling back to James Earl Jones, there is still no information regarding more specific details concerning royalties, or period of use. Image Rights is a relatively new concept with no common legal definition or approach, and courts would normally apply it to existing forms of IP depending on the case. Now, the only definitive, specific regulation on Image Rights exists in Guernsey, one of the British Crown Dependencies. The Guernsey Image Rights Register provides registration services of one’s likeness that includes voice, signature, likeness, appearance, silhouette, feature, face, expressions verbal or facial, gestures and mannerisms, and any other distinctive attributes.

In Indonesia, there are currently no definitions or specific regulations concerning Image Rights in any current laws, making its position as an Intellectual Property discipline rather ambiguous. However, Article 21 of Trademark Law stipulates that trademark applications concerning marks that are fully, on in parts, similar to famous person’s name or initials would be rejected unless there is a written agreement with the rightful party. This regulation is implicitly acknowledging that there is commercial value behind a famous person’s name, and that person has the right over commercial use of it. This could be interpreted as a form of Image Rights protection in Indonesian Law.

Am Badar and Am Badar IP Firm, are the right place for Partners in need of IP related services or consultation. Contact us via ambadar@ambadar.co.id. We will provide the best solutions according to your situation.