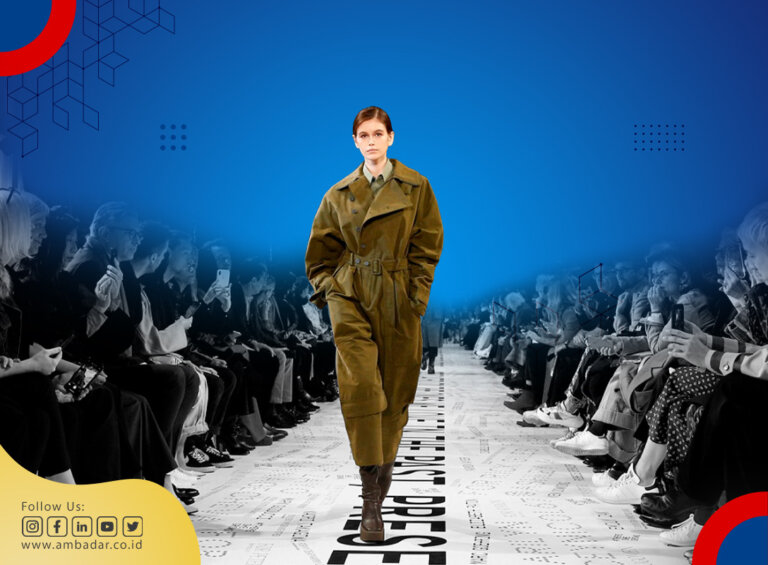 One of the accusations that have caught the public’s attention was an Instagram Story video uploaded by Jordi Onsu as the owner of Geprek Bensu, which stated as follows:

Meanwhile, responding to this issue, Instagram Stories from (@mrluckyheng) went popular on social media for his response by criticizing several local Indonesian brands which claimed to appear at Paris Fashion Week 2022. He wrote his opinion, which was quoted as follows:

This false information is misleading the public. There is only one authentic Paris Fashion Week. The Fédération Française de la Couture organizes this event. There is also only one approved schedule. For the rest, many media and agencies trade broadcast slots to insert a ‘fake’ program into the original calendar on behalf of PFW as if it were legitimate.”

The name is Fashion Week, and non-fashion brands are never permitted to participate in Paris Fashion Week. Not Beauty Week nor Culinary Week. It’s also plainly mentioned on the FHCM website.”

Afterward, in response to this much-discussed issue, Riefian Fajarsyah, popularly known as Ifan ‘Seventeen’ as the Chair of the GEKRAFS Communication and Information Department, responded via its Instagram account:

“First of all, I want to explain that Paris Fashion Week is an annual event organized by FHCM, so it’s a kind of federation there. This is arguably the biggest fashion event in the world; it almost beats New York Fashion Week, But it’s not at the Paris Fashion Week event from FHCM; that’s why we name it GEKRAFS Paris Fashion Show during Paris Fashion Week. And we have implemented and said it as it has become an SOP for brands and designers who participate through GEKRAFS. It’s just that, in my opinion, maybe what made me misled here, when these brands conveyed to the KOLs who were there, perhaps these things were not emphasized enough. So a lot of people called the activity Paris Fashion Week. Is it wrong? The answer is no. Naming or mentioning their activities there as Paris Fashion Week is okay. The important thing is not to accompany the FHCM logo, and this is certainly one step forward to introduce the Indonesian fashion industry to the world fashion industry.”

What is a Trademark?

“An EU trademark may consist of any signs, in particular words, including personal names, or designs, letters, numerals, colors, the shape of goods or the packaging of goods, or sounds, provided that such signs are capable of distinguishing the goods or services of one undertaking from those of other undertakings; and being represented on the Register of European Union trademarks (‘the Register’), in a manner which enables the competent authorities and the public to determine the clear and precise subject matter of the protection afforded to its proprietor.”

Furthermore, according to positive law in Indonesia, the protection of trademarks has been regulated in Law Number 20 of 2016 on Trademarks and Geographical Indications (“Trademark Act”).

According to Article 1 Number 1 of the Trademark Act, what is meant by a trademark is a sign that can be displayed graphically in the form of an image, logo, name, word, letter, number, color arrangement in the form of 2 (two) dimensions and/or 3 (three) dimensions. Sound, hologram, or a combination of 2 (two) or more of these elements to distinguish goods and/or services produced by persons or legal entities in trading goods and/or services.

Based on the description above, it can be inferred that the scope of a brand consists of images, logos, names, words, letters, numbers, color arrangements, in the form of 2 (two) dimensions and 3 (three) dimensions, sound, holograms, the shape of a goods or the packaging, or a combination of 2 (two) or more of these elements.

The organizer of Paris Fashion Week 2022 registered the trademark to the European Union Intellectual Property Office (EUIPO) on February 2, 2022.

In general, this trademark registration protects against (i) virtual download products such as images, sounds, Non-Fungible Tokens (NFT), and other virtual products; (ii) commercial advertising and exhibitions; and (iii) education, training, and entertainment, which includes fashion design and pattern making training, both online and virtually on Metaverse.

Furthermore, on March 9, 2022, the organizer of Paris Fashion Week 2022 issued a warning against identity theft through Instagram Story (@parisfashionweek).

The Brand Owner Has The Right To Sue

The protection of trademarks registered by the EUIPO extends to any person or legal organization, including public authorities, which can become a trademark owner in the European Union. Then, in Article 3 of Regulation (EU) 2017/1001, it was confirmed as follows:

“For the purpose of implementing this Regulation, companies or firms and other legal bodies shall be regarded as legal persons if, under the terms of the law governing them, they have the capacity in their own name to have rights and obligations of all kinds, to make contracts or accomplish other legal acts, and to sue and be sued.”

As a result, it may be stated that companies or firms and other legal entities have the legal ability to carry out all sorts of rights and duties in carrying out legal activities, such as filing lawsuits or being sued. Since the party that registers its trademark at the EUIPO has exclusive rights provided by the European Union for a certain period.

The European Union Trademark Court has jurisdiction provisions for infringement and validity that are outlined in Article 124 of Regulation (EU) 2017/1001 as follows:

for all infringement actions and — if they are permitted under national law — actions in respect of threatened infringement relating to EU trademarks;
for actions for declaration of non-infringement, if they are permitted under national law;
for all actions brought as a result of acts referred to in Article 11(2);
for counterclaims for revocation or for a declaration of invalidity of the EU trade mark pursuant to Article 128.”

Furthermore, provisions related to international jurisdiction in law enforcement related to trademark protection in member countries of the European Union nations are provided in Article 125 section 2 Regulation (EU) 2017/1001, which is cited as follows:

Thus, through the preceding description and regulation, a trademark known by the public in practice does not merely consist of a logo. Instead, there are additional aspects bonded and protected in a brand, one of which is the brand’s name.

As a result, it may be stated that companies or firms and other legal entities have the legal ability to implement all sorts of rights and duties in carrying out lawful activities, such as filing lawsuits or being sued. Since the party that registers its trademark at the EUIPO has exclusive rights provided by the European Union for a certain period.