The tragic story behind the founding of mcdonald's 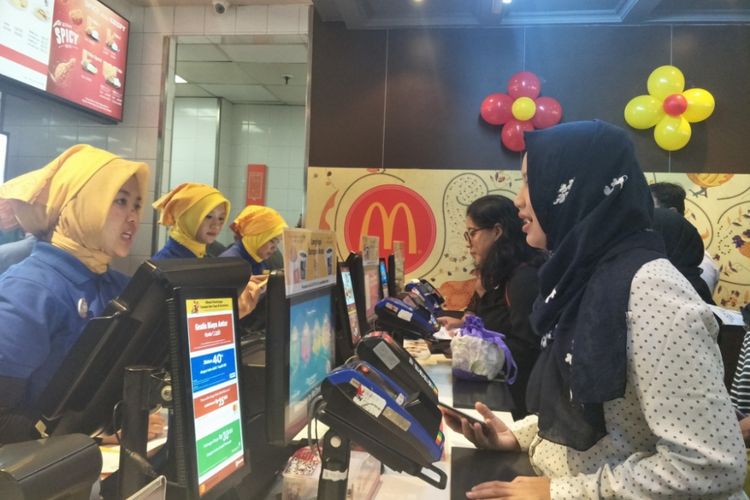 People in Indonesia must be familiar with McDonald's. McDonald's is a fast food restaurant that was founded in America. Itsgood taste, affordable and fast service make this restaurant popular among people all over the world. Behind the success of this restaurant franchise, it lies a tragic story behind it. The following is a story about the founding of McDonald's and the lessons we can take from this story.

The Origins of McDonalds

McDonald's was first founded by brothers Maurice Mac and Richard Dick. McDonald’s name is taken from the combination of their last names 'Mac' and 'Dick' in San Bernardino, United States. This restaurant is in demand and is loved by all people because of its affordable price and implementing a speedy service system which can prepare dishes in less than 30 seconds, so it is a solution for people who are hungry.

Ray Kroc, the vending machine for milk shakes, has a large order from McDonald's. There, Ray Kroc was greeted and invited to see McDonald's working system which is quite innovative because it can prepare dishes in a very short time. Ray Kroc was interested in joining to develop the restaurant and gave the idea to make a franchise, but was rejected because the Mac & Dick brothers had experienced bad things in terms of franchising. After persuading the Mac and Dick brothers for a long time, Ray Kroc finally succeeded in persuading Mac & Dick to start a franchise business.

A tragic incident happened to the Mac & Dick brothers

After successfully persuading the Mac & Dick brothers, Ray Kroc finally developed a franchise business so that it was very well known throughout America. Because of his success, Ray Kroc was covered by the media and is known as the founder of McDonald's. Mac & Dick, who were not happy to hear the news, asked Kroc for clarification but were refused, causing conflict between them. After a long conflict, Mac & Dick finally chose to sell McDonald's to Ray Kroc. After McDonald's was bought by Ray Kroc, Mac & Dick was no longer allowed to sell under the McDonald's brand and didn't even earn royalties until the end of their lives.

Conclusions and what we can learn

From the incident above, it can be concluded that Intellectual Property Rights (IPR) play an important role in the business world. How not, our brands and products can be used or imitated by other parties or other people as long as there is no written agreement approved by the IPR office and the country.

1. 1. Notifying the work system to Ray, before registering his Trade Secret with the local IPR Office, because the work system is a company secret that can be protected in the American IP Office (USPTO).

Trade secret is information that is not known to the public in the technology and / or business sector, has economic value because it is useful in business activities, and is kept confidential by the owner of the Trade Secret. In Indonesia, the regulations regarding Trade Secret are regulated in Law Number 30 of 2000.

In Law Number 30 of 2000 Article 4 of the Trade Secret Law concerning rights held by trade secret’s holder it reads as follows:

a. using its own Trade Secret;

b. giving permission or prohibiting other parties to use Trade Secret or disclosing Trade Secret to third parties for commercial purposes.

If Mac & Dick were more aware of the importance of safeguarding their Trade Secrets and registering them with the local IP office, then their Trade Secret which is a speedy service system cannot be duplicated or altered except with permission from the Mac & Dick brothers. So that violators of the law can be subject to sanctions in the form of claims for compensation and / or termination of all acts as referred to in Article 4.

2. Mac & Dick should have registered the McDonald's trademark with the local IP office in order to have monopoly rights over the brand, so that Ray could not use the McDonald's brand or product.

Trademark is a sign that can be displayed graphically in the form of an image, logo, name, word, letter, number, color arrangement, in the form of 2 (two) dimensions and / or 3 (three) dimensions, sound, hologram, or a combination of 2 (two)  or more of these elements to distinguish goods and / or services produced by persons or legal entities in trading activities of goods and / or services. In Indonesia, the Regulations regarding Trademarks and Geographical Indications are regulated in Law Number 20 of 2016.

In Law Number 20 of 2016, Rights to Mark is an exclusive right granted by the state to the owner of a registered mark for a certain period by using the Mark himself or giving permission to other parties to use it. In article 83 of the Law on Trademarks and Geographical Indications concerning claims for infringement of marks are:

(2) The lawsuit as referred to in paragraph (1) may also be filed by the owner of a well-known mark based on a court decision.

(3) The lawsuit as referred to in paragraph (1) shall be submitted to the Commercial Court.