Were These National Songs Products of Plagiarism? 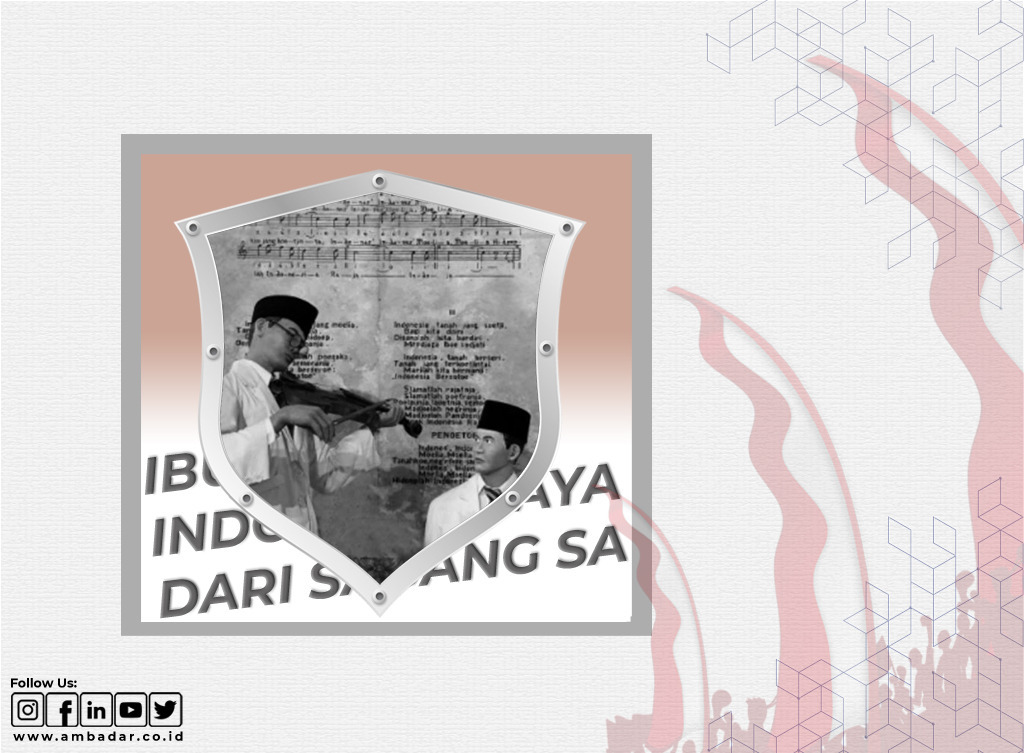 As Indonesia welcome Independence day, nationalistic celebrations began to take place. In August, the people of Indonesia would hold flags on their houses, participate in "tujuh belasan" competitions, and wear traditional outfits. Of course, nationalistic songs would also be played often in public around this time.

Music has always been an effective tool in igniting a sense of pride and love for the Indonesian public. However, Partners might have read certain uncomfortable allegations concerning these songs, namely that they were products of plagiarism.

These claims would occasionally appear in online discourses regarding national songs. Today we ask, how accurate are these claims? Were these songs a result of copyright infringement?

Below are a few well-known Indonesian songs that have been subjects of plagiarism accusations:

Regarding Indonesian national songs, no song is more iconic than the national anthem itself. "Indonesia Raya" was written by Wage Rudolf Supatman in 1924. Over time, the song would be used in efforts concerning independence. Most notably, Indonesia Raya was present during the ceremony in which Indonesia declared independence—played right after Soekarno read the Proclamation Text.

Indonesia Raya would later be officially established as the Indonesian anthem by Government Regulations No. 44 Year 1958. The second amendment of the 1945 Indonesian Constitution would also mention the song as a national anthem in article 36 B. Decades later, Law No. 24 Year 2009  on Flag, Language, National Symbols and Anthems would further cemented Indonesia Raya as the national anthem.

In 2006, artist Remy Sylado issued a statement at Festival Film Indonesia in which he eluded Indonesia Raya as a copy of a traditional Dutch song titled "Lekka Lekka Pinda Pinda". Despite the controversy, Sylado's opinion wasn't a new one, as important 1940s composer, Amir Pasaribu, had also voiced similar claims.

Music critic Kaye A. Solapung however, would reject these claims. He believed that there were indeed similarities, but they were insignificant. These similarities lie in the use of the opening chords, where the Dutch song consists of D Dis - F - F ... D' C' - Ais - Ais …", while Indonesia Raya consists of D Dis - F - D' ... D' C' - C' Ais - F …". The two songs would broadly differentiate as they reach their respective choruses.

Speaking of national anthems, this national song allegedly borrows from another country's national anthem. "Dari Sabang Sampai Merauke" is a national song composed by R. Soeharjo in 1942. This song originally had a different title, "From West to Ke Timur" before President Soekarno changed it in 1963.

"Dari Sabang Sampai Merauke" is of the most iconic songs in the Indonesian songbook, famous for its lyrics that convey the uniqueness of Indonesia's geography. Ironically, this song has been accused of borrowing heavily from a foreign song, "La Marseillaise," the national anthem of France.

Partners might listen to both of these titles and pay close attention to the melody as the lyrics are sung. Is it merely a coincidence? Or did R. Soeharjo directly copy the French song created by Claude Joseph Rouget de Lisle two centuries prior?

This is perhaps the most egregious example of this list. "Ibu Pertiwi" is often credited to Ismail Marzuki, with alternative opinions suggesting that Solo based composer Kamsidi Samsuddin was the song's true composer. Regardless of these two claims, it's difficult to deny that Ibu Pertiwi sounds strikingly like the 19th-century Catholic hymn, "What a Friend We Have in Jesus", composed by Charles C. Converse. It is perhaps not harsh to say these two songs are the same in structure and melody, albeit with different lyrics.

Plagiarism can be defined as the act of taking parts or whole of work while crediting it as one's own. In regards to Indonesian Law no. 28 of 2014 concerning Copyright, the concept of plagiarism can be interpreted as a violation of the moral rights inherent in the creator as stipulated in Article 5 paragraph (1). Furthermore, Article 9 prohibits other parties from using these moral rights without the permission of the creator or copyright holder.

However, it's important to note the difficulty in proving plagiarism in music. There needs to be evidence by the creator or owner of a copyright that supports their claims of originality concerning the relevant work. Also, it must be proven that the alleged infringer has heard the relevant song and intentionally copied it. Moreover, the difference between plagiarism and mere inspiration could also be vague and depend entirely on subjective interpretation.

Some musicians have normalized copying each other's work to a certain extent. For example, among blues musicians, songs tend to have minimal variations in chord progressions and beat, resulting in many similar songs which has been regarded as common practice.

Regarding this, when music critic Billy Edwards accused the song "Brutal" by Olivia Rodrigo of plagiarizing its riff from the song "Pump It Up" by Elvis Costello, Costello himself gave a response stating that he did not mind at all. "You take the broken pieces of another thrill and make a brand new toy," said Costello via his Twitter account. He added: "That's what I did."

Lastly, to determine whether the national composers had committed copyright infringement, we need to investigate whether there is any applicable copyright regarding the alleged plagiarized works. The three songs exemplified above, namely La Marseillaise, What a Friend We Have In Jesus, and Pinda-Pinda Lekka-Lekka, have existed far longer than common protection period for copyrights. Some have even preceded the concept of copyright law, thus they are part of the public domain, which are free to use by anyone.

To summarize, we cannot determine for sure if our national composer did commit plagiarism in writing these monumental songs, however, they certainly didn’t commit copyright infringement.

To get the best services regarding IP, contact us via marketing@ambadar.co.id. We will provide the best for services for your needs.