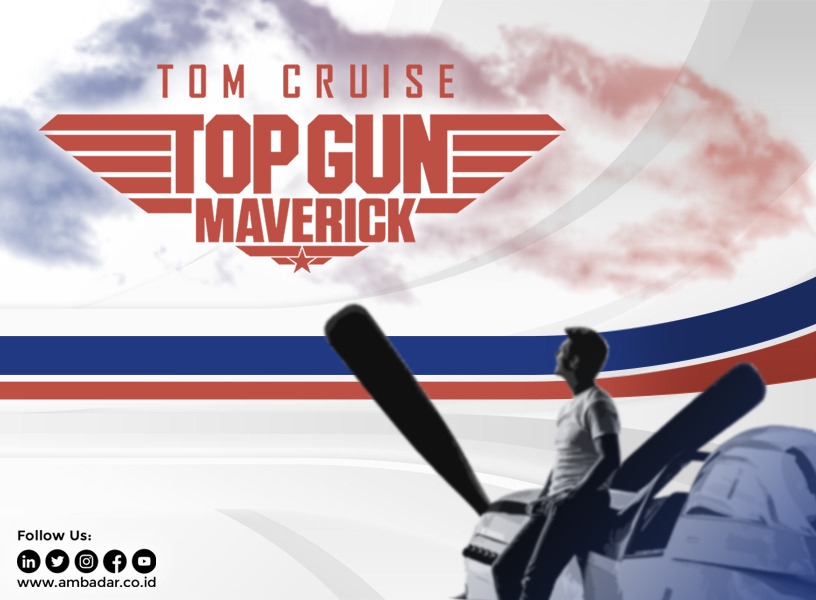 The release of the long-awaited sequel of Top Gun (1986), Top Gun: Maverick, has taken the world by storm. The movie caught the attention and interest of different generations, young or old. However, among the many good news, there appears to be one unfortunate news.

The news of a lawsuit involving a Copyright Infringement claim appeared not long after the successful release of Top Gun: Maverick. The movie's popularity helped bring more than just a couple of watchful eyes on the lawsuit. The identity of the plaintiffs seems to be the center of attention.

The plaintiffs, in this case, are the family of Ehud Yonay, the author of the article on which the film Top Gun (1986) was based. Yonay's article with the title "Top Guns" released in California Magazine in May 1983, provides a very detailed explanation so that readers can visualize the activities and conditions inside the fighter aircraft. The visualization and description provided by Yonay through the article inspired the creation of Top Gun (1986).

Paramount once owned the copyright of Yonay’s article. However, as Yonay’s heirs, his family eventually recovered the copyright in 2020. Therefore, effectively ending Paramount’s ownership or rights to the article that paved the way for Top Gun (1986). According to Yonay’s family, since Top Gun: Maverick was released in 2022, two years following the article's copyright recovery, that would mean Paramount had infringed their copyright.

Regardless of the result of this lawsuit, no creator wants copyright issues while publicizing their creation. Let's imagine if a case such as this were to happen in Indonesia. Let's say there was an eye-opening, thought-provoking article that inspired us to create a movie based on it. What do we, as creators, have to do to avoid a copyright dispute?

The idea is every creation has copyright, as long as said creation’s been actualized. Especially if the creation gives a new, exciting perspective or narrative that not many know about in detail.

Same as fiction, there comes a time when an article provides the readers with a unique insight that not only catches the attention but inspires some to take it a step further and produce a movie from it. Even if the article isn't about the writer's imagination or the fruit of their imagination but about events that took place in the writer's presence, the Copyright is still owned by the said writer.

As we may know, Copyright in Indonesia is protected by Law Number 28 of 2014 concerning Copyright, specifically in Article 40 Paragraph (1) letter a, which states: “Protected works include works in the fields of science, art, and literature, consisting of books, pamphlets, published works of art, and all other written works.”

Articles as protected works mean you must communicate with the writers if you feel inspired to create a movie from their work. That communication will open the door for certain arrangements, like an agreement or Copyright transfer.

Taking inspiration and creating a movie based on an article falls into the adaptation category. According to Article 40 of The Copyright Law, adaptation is considered a protected work. Since it is seen as protected work, it means there's copyright, which means there are moral and economic rights.

Perhaps you wish to produce a movie based on an article without discussing it with the writer? The argument you might be using is you’re just using it as an inspiration, not every part of the article is adapted into the movie.

If the article you're using isn't unique, non-singular in nature, or it just doesn't deliver a new story to the readers, then you might get away with using that argument. However, if the article reveals something in depth that is not found in other writings, and your movie is unlikely to exist without the article, it is better to communicate with the author to avoid copyright infringement and appreciate their work.

License is regulated in Article 80 Paragraph (1) of the Copyright Law. The Article allows other parties that are not the creator to exercise the economic rights of a work/creation, including adapting, based on a written agreement with the creator. The license agreement requires the licensee to pay royalty, unless stated otherwise in the agreement. Through a license, parties who intend to make movies can realize their intentions without having the threat of a Copyright Infringement lawsuit hovering over their head. The license does not transfer economic rights, but rather "lends” them.

“Copyrights may be transferred, either in whole or in part because:

One of the two ways explained above can be taken to protect yourself from potential legal issues. Being inspired to create is a good thing, in fact it is very much supported. However, it would be nice to show appreciation to the works that sparked your creativity.

Contact us via marketing@ambadar.co.id for questions or further discussion regarding Copyright or other forms of Intellectual Property.