Can You Steal Raden Saleh’s Copyright? 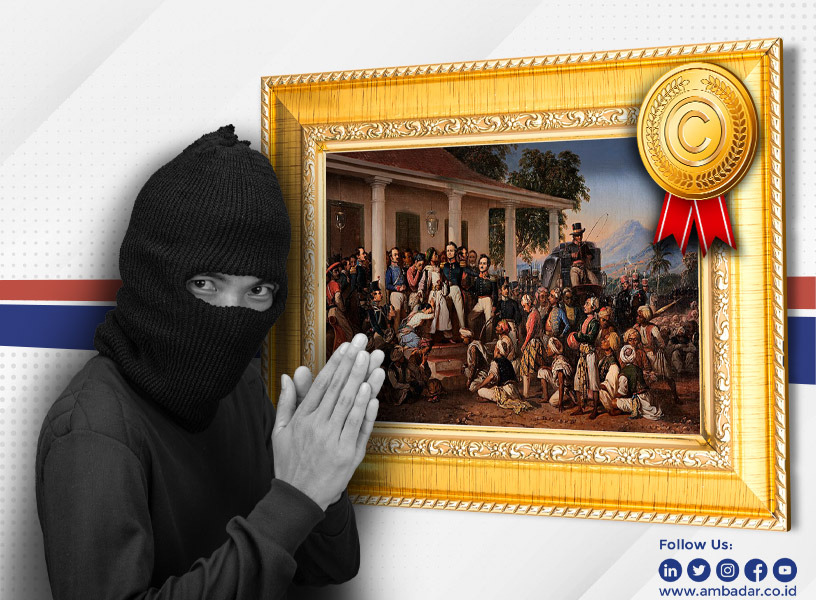 Since last month, moviegoers have been treated to a fresh entry in Indonesian cinema: “Mencuri Raden Saleh" (Stealing Raden Saleh), a movie that did not only deliver its unique choice of genre (heist) but also packaged with educational and historical content. The duration of more than 2.5 hours does not feel dull.

In regards to paintings, the Intellectual Property discipline related to it is Copyright. Copyright is a form of appreciation for works that encourages creators to continue creating.

The primary purpose of implementing copyright law is to protect the work's creator's exclusive moral and economic rights.

This begs the question If The Arrest of Prince Diponegoro painting can physically be stolen, can the copyright of the painting be stolen as well?

First, it's important to note Copyright Law No. 28 of 2014 stipulates that copyright has a validity period consisting "only" for the creator's life + 70 years– 20 years longer than the previous law stipulation (Law number 19 of 2002). After the period ends, the work will enter the public domain, which means the creator, and heirs lose all rights to the work.

The Arrest of Prince Diponegoro was published in 1857, and Raden Saleh died in 1880, so if we add 50 years, that means that by 1930, the painting of Arrest of Prince Diponegoro from the Copyright side has already fallen under the public domain. Likewise, the physical painting was handed over to the Indonesian Government from the Kingdom of the Netherlands in 1975. Furthermore, as of November 6, 2018, through the Minister of Education and Culture Decree, this painting was designated as a National Cultural Conservation under the category of objects controlled by the state. This is important because National Cultural Conservation objects, referred to as Traditional Cultural Expressions in the Copyright Law Article 38 paragraph 1, are copyrighted works controlled by the state, with limitless time periods.

However, it is essential to remember that only Raden Saleh's works recorded in the National Cultural Conservation are copyright protected. In this case, The Arrest of Prince Diponegoro enjoys the same status as the Original Manuscript of the Proclamation and the Tugu Inscription.

Thus, we can conclude that all works created by Raden Saleh, except The Arrest of Prince Diponegoro, are no longer protected, aka fall into the public domain. Therefore, Intellectual Property can no longer be stolen because it is already available to the public. Of course, this does not mean that people can steal the original paintings by Raden Saleh, but that people are free to use the essence of these paintings. They are free to adapt them, copy them, utilise them in advertising, and so on.

If Partners have further questions regarding the validity period or anything related to Copyright, you can directly leave a message in the comments column or contact us via email marketing@ambadar.co.id.