Freedom of Panorama: Forbidden To Take Pictures of Eiffel Tower At Night? 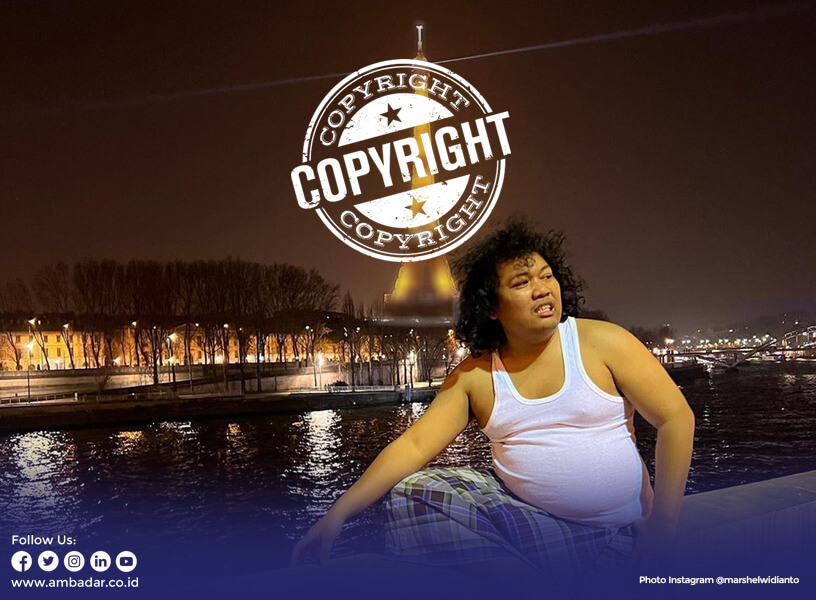 Have you ever thought of taking a holiday trip to Paris? The French City is one of the most popular holiday destinations. Starting from the aesthetic of the city, to its history, everything about the city dubbed “The City of Love” succeeds in inviting tourists from all over the world.

One of the most popular holiday destinations in this city is The Eiffel Tower. The iconic building with the height of 324 m (1,063 ft) is a must-see when visiting Paris. The popularity of The Eiffel Tower can’t be denied, approximately around 7 million visitors come to see the structure every year, making it one of the most visited structures in the world.

The shape and aesthetics of The Eiffel Tower are attracting tourists to take pictures of themselves near the Tower, either for personal consumption or to share on social media. Isn’t that a normal thing to do? Every individual on a holiday trip must want to photograph themselves near a building that is historical or famous and distribute it on social media.

Recently, there’s news of an Indonesian comedian by the name of Marshel Widianto who took a trip to Paris and posted a picture of himself sitting over a wall affixed with a paper that reads “Sedot WC” (toilet pump) on Instagram. The picture received over 500 thousand likes. The background of the picture is quite beautiful, there are buildings neatly positioned next to each other as well as The Eiffel Tower lighting up at night.

Amid the comments celebrating the beauty or the comedy aspect of the picture, there appears to be some netizens who are concerned that Marshel Widianto might have infringed Copyright by posting the picture. Why is that?

Is The Eiffel Tower Copyrighted?

Before explaining in more detail, it is necessary to first discuss the history of the structure. Construction of the Eiffel Tower began in 1887 and ended in 1889. The tower was built by Gustave Eiffel to be one of the attractions of the World’s Fair which was held in Paris in 1889. The Eiffel Tower opened to the public on May 15, 1889, coinciding with the holding of the World’s Fair.

The Eiffel Tower is included in the class of architectural works protected by the European Union Copyright Act which was implemented into French law. Copyright protection means that no one is allowed to reproduce or distribute the artwork, for example in the form of a photo, unless they have permission from the creator. However, this protection is provided for as long as the creator is alive plus 70 years after the creator dies. Therefore, because Gustave, the creator of the Eiffel Tower, has been deceased since 1923, and 70 years have passed since his death, it can be concluded that the Eiffel Tower has entered public domain.

So, are we allowed to photograph the Eiffel Tower? The answer is yes, we are. However, it’s a different case when it’s nighttime.

However, in the year 2001, “Freedom of Panorama” was introduced in the European Union. Freedom of Panorama means anyone is given permission to replicate (draw, photograph, etc) a work of art, sculpture and building that is permanently in a public area and distribute it without the author’s permission even though the object in question is still protected by copyright. At the time, France was one of the heavy critics of the new provision.

In 2016, France started implementing Freedom of Panorama into their Copyright Law. However, their version of Freedom of Panorama is limited. You may take pictures of or record copyrighted works such as sculptures and buildings, as long as it’s not for commercial reasons. So, it can be concluded that it is actually permissible to take pictures of the lit up Eiffel Tower, as Marshel Widianto did, but it is forbidden to distribute said pictures commercially.

The Société d’Exploitation de la Tour Eiffel (SETE) which operates the Eiffel Tower explains on their website that, “Images of the Eiffel Tower taken by private individuals for private purposes do not require permission.”

In another explanation, it’s also stated, “ Private individuals are free to take pictures of the Eiffel Tower at night for private use or to share on social networks.”

Unless Marshel Widianto earned commercial profit from posting his picture with the Eiffel Tower in the background, the possibility of him being fined or getting into legal trouble if quite small.

The theme of Freedom of Panorama is indeed quite fascinating to discuss, since many individuals like to travel to places that are popular for tourism with beautiful buildings or statues. It’s important to know if the object you plan on photographing to share on social media could be subject to copyright law. If you have questions or needs regarding Intellectual Property, please do not hesitate to contact us via e-mail marketing@ambadar.co.id