New Regulations on Publisher’s Rights: What to Expect? 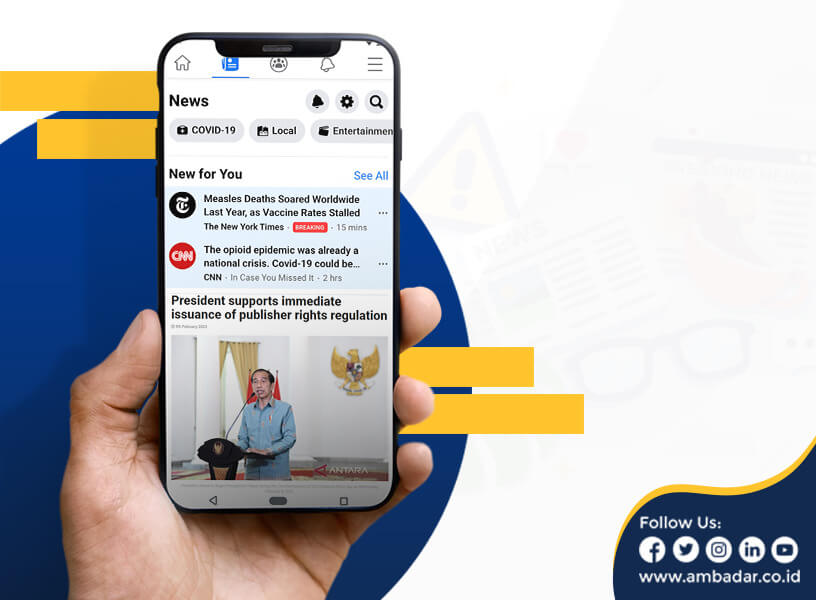 On February 9th 2022, Chairman of the Indonesian Journalist Association Press Council, Mohammad Nuh read a national declaration in honor of National Press Day. The most important takeaway from the declaration is how he stressed the importance of developing “Publisher’s Rights” in Indonesian copyright law. According to Nuh,  this is crucial in order to protect the press from what he referred to as “digital feudalism”, a term to describe the domination of the digital media landscape by a handful of giant platforms.

Nuh also urged lawmakers to create regulations concerning publisher’s rights and stated that he has even sent a draft for said regulations to the government.

In a program by Beritasatu News titled “Lunch Talk”, a representative of the Indonesian Journalist Association, Agus Sudibyo explained on how the draft for publisher’s rights regulation was adapted from laws implemented in Europe and Australia. Even though we can’t access the draft for now, a brief study on how publisher’s rights are enacted in Europe and Australia could give us a rough understanding on what to expect.

The Directive (EU) 2019/790 on copyright and related rights in the digital single market or “New Copyright Directive” has been implemented in the European Union since 17th of April 2019. Essentially this law  was created to help publishers and writers in protecting the online ownership of their content, mainly articles.

These days, many websites or online platforms act as news aggregators or repost articles as a business model. Of course, this system could trouble the original publishers/creators of the articles, as they have little control over the use of their creations online.

In essence, The Copyright Directive was made to give power to publishers in the digital world. Article 15 of the Directive gives rights to publishers in the EU to demand shares of revenue from aggregator sites that use their content. The original writers of the content also have the right to demand revenue shares from the licensing of their publications and content online, though it’s important to note that this right is only applicable up until two years after the original publication.

The Directive also regulated some exceptions. Rights that are given to publishers and writers cannot be enforced on:

Since February of 2021, Australia has introduced the New Media Bargaining Code, a regulation that essentially has the same purpose as the Copyright Directive in Europe, which is to give online protection to publishers and writers, albeit with a slightly different method.

The Code acts as a code of ethics that require digital platforms such as Facebook or Google to negotiate a deal with local Australian media and publishers if they wish to link news content in their platform or feature them in search engines. The Code requires digital platforms and the media to make a commercial deal on content publication, in which if the two parties fail to come to an agreement, an arbiter chosen by the government can decide the final price.

Initially, The News Media Bargaining Code was heavily criticized by Google and Facebook as they felt that the new regulation failed to understand their roles in online news circulation. Facebook even went as far as blocking news articles from appearing in the Australian version of their platform as well as Instagram. This was ultimately reversed after discussions with the Australian government.

Even though it remains to be seen whether publishers’ rights would be implemented in Indonesia, this notion has begun to garner support from the government. The presence of this new regulation has potential to bring significant change in the landscape of Indonesian online publications. Of course, if these regulations were to become reality, we will surely cover it more extensively. Keep an eye on our social media accounts for the latest news regarding IP, and contact us via marketing@ambadar.co.id for the best IP related services.