The Creator of Peter Pan: A Story of Never Ending Copyright 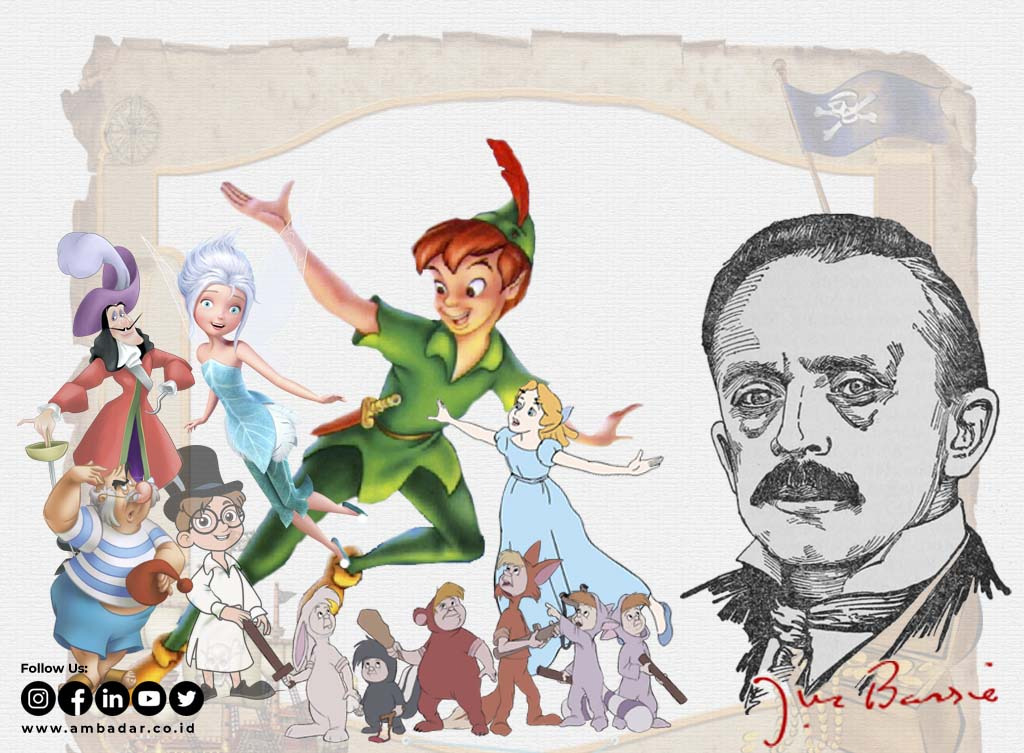 On this day, 152 years ago in Scotland, writer and playwright James Matthew Barrie (better known as J.M. Barrie) was born. That name may not be familiar to Partners, but you probably know his most famous creation:

Yes, J. M Barrie was the creator of Peter Pan, the magical boy from “Neverland”. Since the character was first introduced in 1902, he has been the inspiration to numerous books, plays, movies, TV series and even rock bands. Beyond that, believe it or not, the character has also influenced the copyright law in UK. How so?

History of Peter Pan Peter Pan is a fictional fairy who is distinctive for his ability to fly and never age. He first appeared in the novel “The Little White Bird'' by Barrie, released in 1902. Two years later, Barrie brought Peter Pan to the stage in a play called “Peter Pan, or The Boy Who wouldn't Grow Up” which first premiered in the Duke of York’s Theatre in London. The character of Peter Pan was popular in the public, and this resulted in two books. The first of which was released in 1906 by the title “Peter Pan in Kensington Gardens”, an illustrated extract of the chapter in “The Little White Bird” novel that Peter Pan appeared in. This was followed by “Peter and Wendy”, a novelized adaptation of the Peter Pan play.

Over time, the popularity of Peter Pan skyrocketed and spread to various forms of media and products. Of course, like many other popular fictional characters, Peter Pan’s copyright is of substantial economic value, however there is one unique aspect that separates Peter Pan's copyright status from other famous characters.

J.M. Barrie, as the creator and copyright owner of Peter Pan, officially transferred his ownership of the character to Great Ormond Street Hospital (GOSH), a children’s hospital in London. In other words, the hospital benefitted from royalties of the use of Peter Pan. This was an unexpected move, and a true reflection of J.M.'s generous spirit. Barrie. His contribution was so important to GOSH that a statue of Peter Pan was erected in the hospital grounds.

However, as we all know, copyright ownership is not permanent. After a certain period of time, it would expire and the previously copyrighted works would fall into the public domain. How would this affect GOSH?

Copyright, Designs and Patents Act of 1988

In 1987, the expiry of Peter Pan’s copyright was coming to an end. At the time, UK law stipulated that copyrights last up until 50 years after the creator’s death, and J.M Barrie died in 1937. This should’ve signaled the end of GOSH’s copyright ownership over Peter Pan, if not for an unexpected twist…

The UK Prime Minister of the time, Jim Callahan had a wife named Audrey who was chairwoman at GOSH. She persuaded her husband to aid the hospital. Her efforts were successful as the UK introduced a new IP law, Copyright, Designs and Patents Act of 1988, and in it included special conditions for GOSH. The law stipulated that “The provisions of Schedule 6 have effect for conferring on trustees for the benefit of the Hospital for Sick Children, Great Ormond Street, London, a right to a royalty in respect of the public performance, commercial publication, broadcasting or inclusion in a cable programme service of the play ‘Peter Pan’ by Sir James Matthew Barrie, or of any adaptation of that work, notwithstanding that copyright in the work expired on 31 December 1987”. GOSH’s situation is remarkably unique in copyright law and unlikely to be found in other countries. It has also withstood various changes to UK and European copyright law.

In 1995, the European Union uniformed copyright provisions for its member countries. As a result, the copyright protection period was extended to 70 years. With this new rule, the copyright on Peter Pan owned by GOSH should expire in 2007, however, the privileges granted by the Copyright, Designs and Patents Act of 1988 remain in effect, with only a few conditions, namely:

The relationship between the Great Ormond Street Hospital and Peter Pan is incredibly special in the world of copyright. Some have criticized the concept of never ending copyright, but it’s hard to deny that the intentions behind it are noble. Thanks to the kindness of the original creator and governmental aid, a hospital gets to receive important extra injections to their budget. On this day, we and thousands of fans around the world would like to wish happy birthday to the late J. M. Barrie, and honor him for his generosity, his art, and above all, for the boy that wouldn’t grow up (or be out of copyright).