PING-PONG: A Protected Trademark, NOT A Sport! 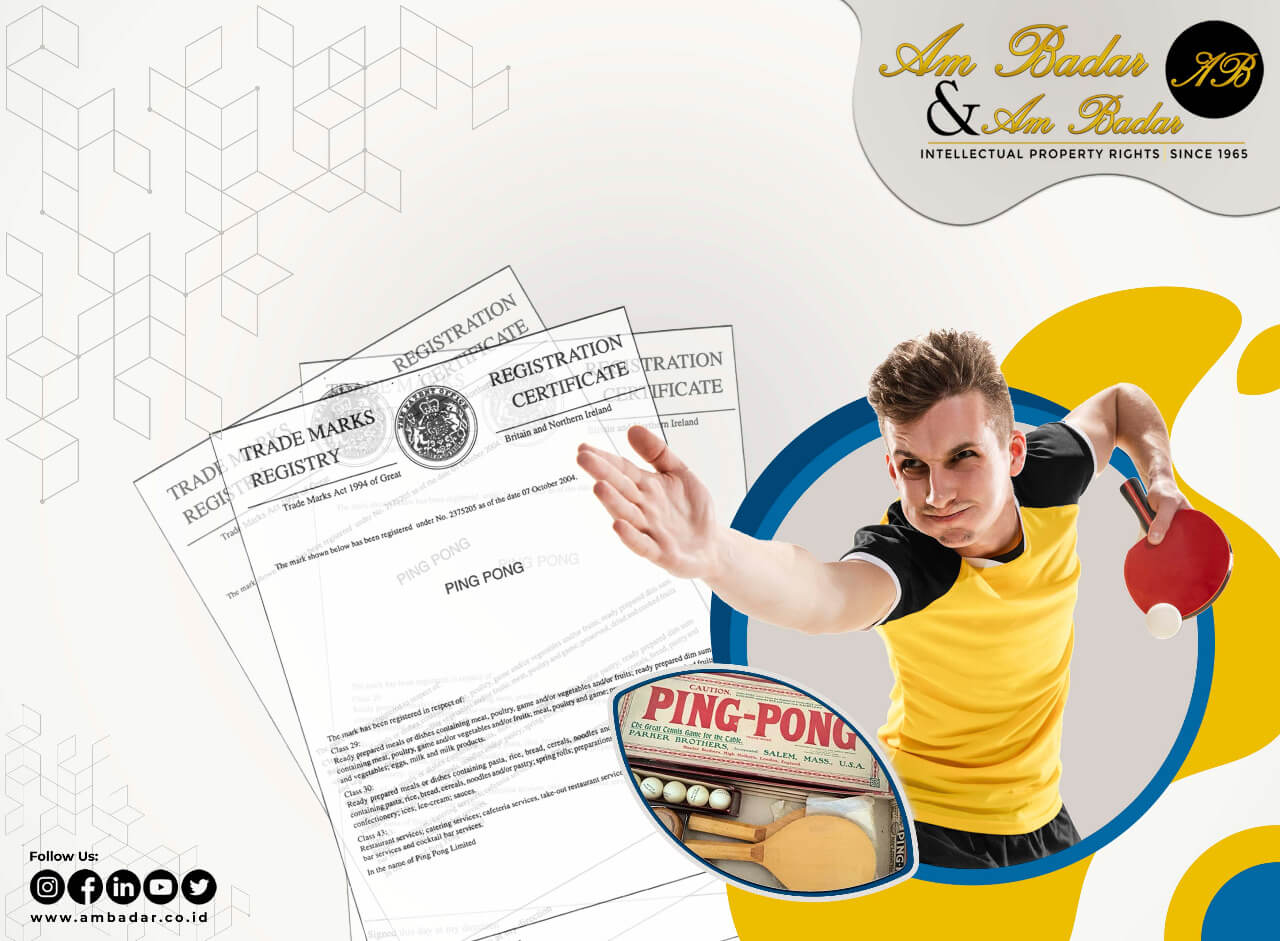 In early February 2022, a friendly table tennis exhibition was contested between actor Abdel Achrian and famous musician/presenter Deddy Mahendra Desta, in which Abdel came out on top in a 4-1 victory.

The match briefly made table tennis a trending topic for Indonesian citizens. For a short while, table tennis or “ping pong” had the level of attention that it rarely received.

However, do you realize how most international organizations and governing bodies, such as the Olympics, refer to the sport as table tennis instead of ping pong? Why is that?

The sport of table tennis was first developed in 1800s England. Allegedly, it was initially a game for the English upper class, though differing opinions suggest that the sport started as a recreational activity of British soldiers in India.

Early versions of table tennis were quite simple. The game consists of a board, a golf ball, and books that act as both a net and as a racket. As time goes on, the sport continues to develop in both the technical aspect as well as its popularity.

1901 was an immensely important year for table tennis. The use of celluloid balls became common after it was proposed by James W. Gibb. Meanwhile, E.C Goode devised the modern table tennis racket in the form of wood carvings.

Throughout the 1920s, table tennis developed so rapidly that several official organizations were founded, beginning in England with the formation of the Table Tennis Association in 1921, followed by the International Table Tennis Federation in 1926. Also in 1926, the first official table tennis championship was held England, thus beginning the development of table tennis as a global sport. Culminating with its inclusion as an Olympic Sport by 1988.

In its early history, the sport of table tennis was also called “ping pong”. To this day, many see those two terms as synonymous, especially in Indonesia. Even so, this isn’t quite accurate. Why?

In 1901, an English company named J. Jaques & Son Ltd registered ping pong as a brand for their expensive table tennis equipment. Meanwhile in the US, ping pong was registered by the Parker Brothers, the company that is most famous for creating the Monopoly board game.

Ping pong’s status as a registered trademark was what drove organizations to abandon the term and opt for “table tennis”. However, in 2009, Sandman Table Tennis asked Escalade Sports, the owner of ping pong trademark in America since 1970, to use the term for a championship that they were making. Escalade Sports gave the authorization, but problems arose when Sandman tried to trademark the term “World Championship of Ping Pong”. Escalade sued Sandman before the trademark application was eventually dismissed, on grounds that it was too similar to Escalade’s trademark.

In conclusion, it’s probably safer for partners to use the term table tennis when referring to the sport in a commercial context. It’s best to avoid using brand terms owned by other parties.

To get the latest information as well as the best service regarding IP, contact us through marketing@ambadar.co.id.