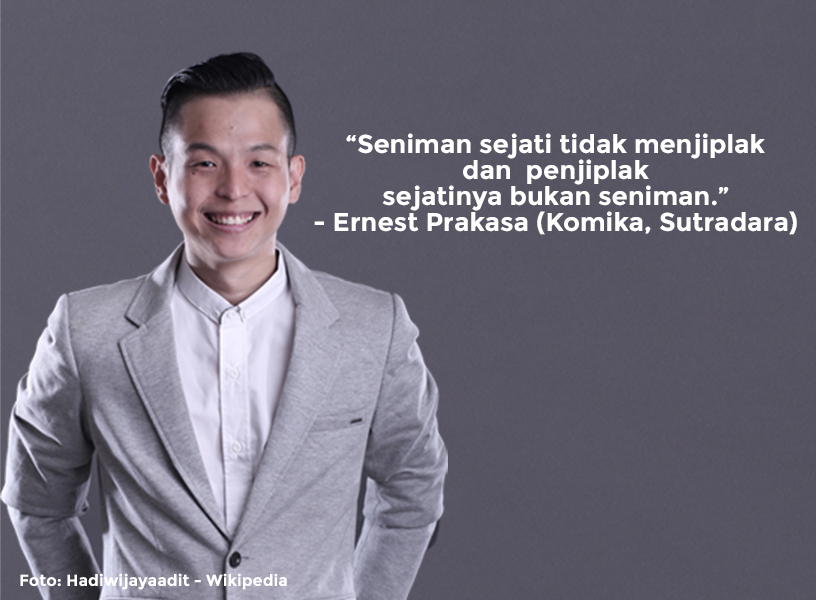 Who doesn't know Ernest Prakasa? A stand-up comedian, actor, writer, presenter, and director from Indonesia. Ernest started his career by participating in the Stand Up Comedy Indonesia event, then at various events, Ernest then penetrated the Indonesian film industry. There are many movies directed by Ernest Prakasa namely, Ngenest, Cek Shop Next door, Milly & Mamet, Imperfect etc. What's more, Ernest has also succeeded in entertaining Indonesian film lovers with the series that he has directed.

As a director, Ernest's works are closely related to copyright and are very vulnerable to plagiarization and / or piracy. As we have seen a lot of social media accounts on any platform that often sharing the footage of film which has been explained in the previous article about uploading film footage on social media is a copyright infringement. For example, the imperfect series broadcast on online streaming media namely WeTV . Even though it has been provided for free, there are still “naughty” people who share the film on their social media account.

Given the lack of awareness of IP (Intellectual Property), especially in social media. Ernest also often gives an education related to the importance of respecting someone's creative work through posts on his Instagram. In this post, the photo reads STOP TOLERATING PLAGIARISM with the caption “Respecting ideas must start from fellow creators. This appreciation will be a role model for connoisseurs of work, to learn to appreciate the value of originality. True artists do not plagiarize and plagiarists are not true artists "

The post was not made solely since of his work are pirated by unscrupulous person. However, it is a lesson for the whole community to respecting the creations of the creator. Not only so that we don't pirate, but also as connoisseurs of the work, should we enjoy the work in a legal way. Since,  with more and more often we see and are indifferent to the plagiarism and / or piracy that is happening before our eyes then, we will assume  that as a normal action, in fact it is wrong in the eyes of the law and can be subject to legal sanctions.

Am Badar & Am Badar as one of the leading Intellectual Property Consultant offices in Indonesia, have often encountered problems regarding intellectual property such as copyrights. Do not hesitate to contact us via email info@ambadar.co.id should you find your work is being infringed by someone else, our experienced consultants will help you to find the best legal steps you can take to solve the problem with pleasure.