POP-HC a Success, POP-Trademark is Next 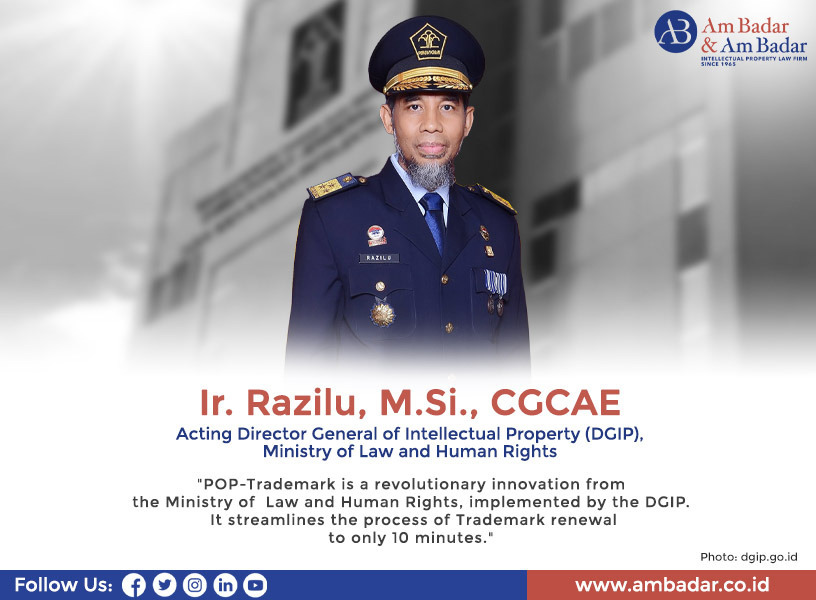 There are plenty of reasons to be optimistic about the IP landscape in Indonesia. Fresh off the immediate success of POP-HC, which has successfully increased Copyright recordation by 47%, the Directorate General of Intellectual Property (DGIP) is set to follow up this achievement by launching an equivalent for trademarks.

Partners surely remember that last December, DGIP launched a program called Persetujuan Otomatis Pencatatan Hak Cipta (Automatic Approval of Copyright Recordation), simply known as "POP-HC". This program is an app designed to introduce a more streamlined copyright recordation system. Perhaps its most definitive and boldest offering is the shortening of the recordation process-- cutting it down from an average of 23 days to a mere 10 minutes. The DGIP hoped that the revolutionary system offered by POP-HC could revolutionize copyright protection to encourage writers, artists, photographers, and other creators to participate by recording their works.

The Success of POP-HC

Last October, during the "Karya Cipta Anak Negeri" Festival in Bali, the Minister of Law and Human Rights, Yasonna H. Laoly, made POP-HC's impressive success known to the public. He announced that as of October 26th, 2022, DGIP received 80.985 applications for copyright recordation, an astonishing 47% rise from last year's total of 54.989. Laoly believes that the new, more practical process is crucial in mobilizing creators and will advance the "ecosystem of creative economy"

Copyright recordation may not be obligatory for Copyright protection, but this progress is great news for two key reasons. First, recordation is helpful in disputes or infringements, as proof of ownership would be crucial for the creators' defense. It's an unfortunate reality that Indonesian society is often ignorant or even dismissive towards Copyrights, so any sort of reform is a welcome change for the creative industry. The second and more widespread reason is its contribution towards the rehabilitation of Indonesia's economy, which is the principal objective of the entire program.

Given the satisfying results of POP-HC, it is no great surprise that a version for Trademarks is soon to come. Acting Director General of Intellectual Property Razilu announced at the "TOP Digital Awards 2022" ceremony by It Works Magazine that the DGIP is planning to launch POP-Trademark. As the name implies, it is a similar program to POP-HC, albeit designated for Trademarks.

Echoing the previous ambitions of POP-HC, Razilu promises that POP-Trademark will be "an innovation by the Ministry of Law and Human Rights, implemented by the DGIP. Trademark owners could process renewal applications through the app, which could be granted in 10 minutes. Furthermore, it will also offer other services, such as the recordation of licensing agreements and excerpts of registered Marks. With this program's launch, the DGIP hopes that Trademark owners will have renewed trust and satisfaction with the trademark renewal system.

POP-Trademark is just one in a series of Mark-related projects that DGIP has slated for next year. The Ministry of Law and Human Rights has announced that the incoming 2023 will be "the Year of Trademarks", in which they are preparing programs to improve the Indonesian Trademark ecosystem. Aside from the aforementioned POP Trademark, a notable one is the "One Village, One Brand"—an initiative designated to help regions by improving the added value of their local brands.

The Impact To Your Business

If the success of POP-HC is to be repeated, then we should expect the same direct, revolutionary impact on the Indonesian Trademark registry. These new developments further enforce one certainty: no more excuses not to register your Trademark. Protecting your Trademark, your Brand, your product identity is absolutely crucial to carving success in the marketplace. Doing what's best for your Mark means doing what is best for your business. Contact us now via ambadar@ambadar.co.id. We will provide the best IP-related service according to your needs.