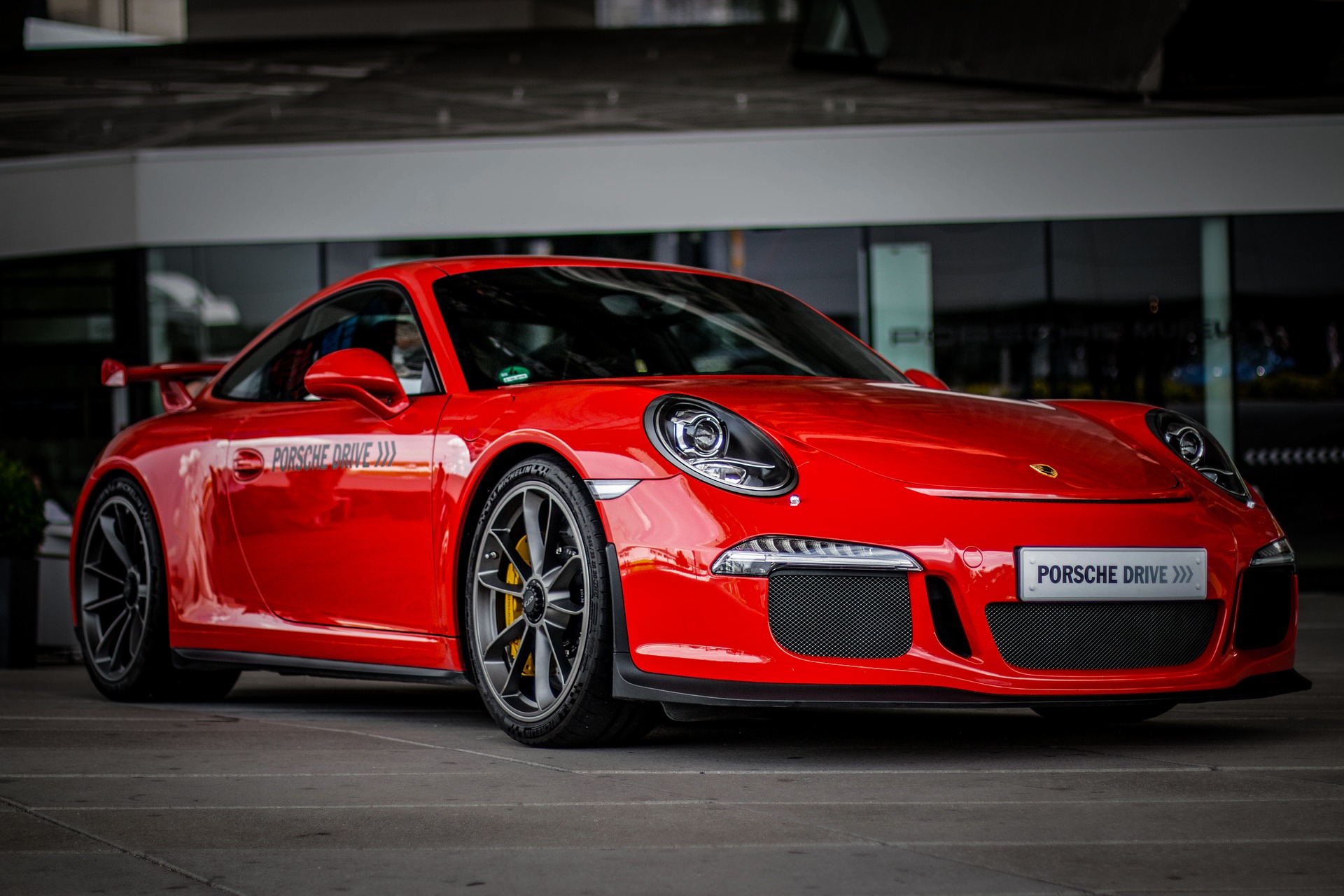 In the current globalization of trade, people have lived in very fast changing industry era, one of which is the creation or industrial design. Development and change that occur in the automotive industry, such as "Designing Cars". Today many Designers produce creative and innovative creations in making car designs, so that a creation can bring about better change and certainly can increase value to the automotive industry in the world.

In the automotive world known as Porsche AG, which is a German automotive manufacturer and a subsidiary of Volkswagen AG. Since its launch in 1963, the most famous Porsche model until now is the "Porsche 911". The car has become one of the most legendary cars of all time.

The Porsche 911 has a "Rear Engine - Rear Wheel Drive" configuration or the position of the engine and drive wheel is located at the rear of the car. The Porsche design illustrates the existence of a work of art in designing or designing a car, so it can be said that the construction of the car is quite unique.

The design cancellation is caused by design of "The presence of conflicting designs having identical general structures" or it could be said that the design of the Porsche 911 car did not have an individual character.

Background Autec AG submitted a cancellation of design protection to Porsche, because that in making a replica of a toy car or copying the design from the Porsche is considered to have no individual character and the same as the previous design. So that in reproducing the Porsche 911 toy car, Autec AG will no longer license and pay royalties to Porsche as stated below "The claimant may soon be able to reproduce the Porsche 911 without paying a license fee to Porsche".

Then in January 2018, Porsche had filed an objection to the 2 (two) EUIPO decisions relating to the registered design No.1230593-0001 and No.198387-0001. The results of the Porsche objection were rejected by EUIPO and then Porsche submitted a legal remedy to the European Court for rejecting the EUIPO decision.

In this case it is stated that “Porsche counted on just a single plea in law, claiming infringement of Article 25 Paragraph (1) Point (b) of Regulation No 6/2002, and as well as that the proposed design established a different overall impression on the informed user from the one set up by the earlier design used by the German toy manufacturer to support its proclamation of invalidity”.

During the period of design protection still exists, if the design of a popular car is copied or made as a replica of a toy car, usually the toy manufacturer still has to pay royalties to the car manufacturer.

However, on 6 June 2019, The Court of Justice of the European Union (CJEU) issued 2 (two) Decisions concerning the Cancellation of Design Protection namely EU: T: 2019: 380 and EU: T: 2019: 377. Based on the decision stated that the design protection for the Porsche 911, was canceled. Therefore, Autec AG can reproduce or copy Porsche's designs as toy cars without paying royalties and permits / licenses to Porsche.

Disclosure in industrial design can be done through printed or electronic media, including participation in an exhibition. If the disclosure of an industrial design is first or has been disclosed by Designer through printed or electronic media, it can be said will eliminate the element of novelty. The novelty can also be seen from the shape, configuration, composition of lines or colors, lines and colors, or a combination thereof in the form of three or two dimensions which gives an aesthetic impression.

As explained above, the industrial design owned by Porsche has no novelty, due to the absence of significant differences and individual character. The design of the Porsche is not clearly visible where the novelty lies. An industrial design can be said to be new, when the design has been made a few new changes that can meet the elements of novelty in the design of the Porsche 911 car.

Thus, the effort made by Autec AG to cancel a registered design belongs to Porsche 911 can be carried out as regulated in Article 38 of the Industrial Design Law which states that "A claim for cancellation of registration of an Industrial Design may be filed by a party concerned with the reasons referred to in Article 2 or Article 4 to the Commercial Court”.