The video game industry is currently dominated by titles from the genre of Multiplayer Online Battle Arena (MOBA). Every day, millions of players around the world test their skills through unique characters with special weapons as they fight in virtual battlefields.

Recently, it’s not only the players that wage war, the developers of the game themselves also took up arms, but their “heroes” are lawyers, their swords are lawsuits, and their arena is the courtroom. This battle involves the developers of the two biggest franchises for MOBA games. Last week, Riot Games, the American company behind the widely popular League of Legends franchise sued Moonton, the developers of Mobile Legends, a similar franchise. 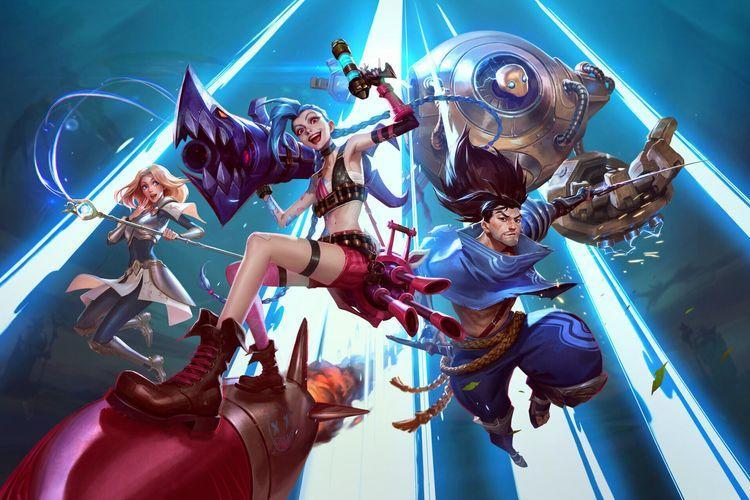 In the complaint that was filed in U.S. District Court for the Central District of California, Riot accused Moonton of copyright infringement in their game Mobile Legends: Bang Bang. Riot believes that ML:BB contains many elements that are plagiarized from Riot’s League of Legends: Wild Rift, such as character designs, logo, soundtracks, user interface, and even marketing materials. 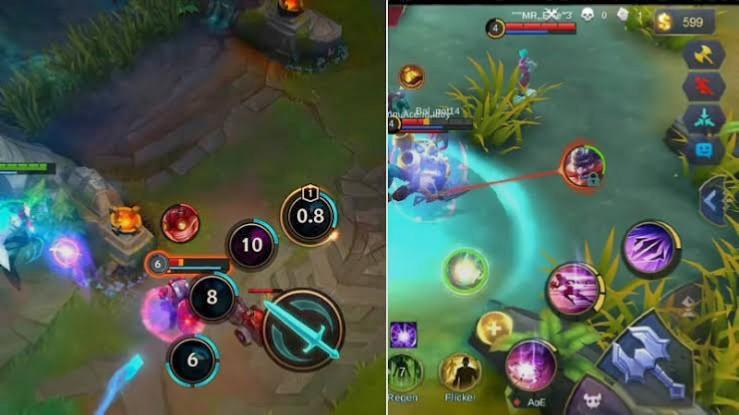 Not a New Game

Below are excerpts from Riot’s suit:

“This action seeks to stop Moonton from continuing its deliberate and sustained campaign to free ride on Riot’s highly valuable rights in the mobile videogame League of Legends: Wild Rift (“Wild Rift ”) and related content. Moonton’s strategy is blatant copying. As discussed below, over the years, as Riot updated its video game, Moonton would copy it.”.

Yes, this recent lawsuit is just another chapter in a long saga between the two companies. In 2017, Riot sued Moonton for copyright infringement in an earlier ML installment, Mobile Legends: 5v5. Likewise, this complaint was also filed in the U.S. District Court for the Central District of California, however, a federal judge declined to hear that case, ruling that the case should be handled by Chinese courts (forum non conveniens). A new lawsuit was later filed in the Shanghai No. 1 Intermediate People's Court by Tencent, Riot’s parent company. Unlike the previous suit, this one targeted Moonton’s CEO and former senior Riot employee, Watson Xu Zhenhua on the grounds of Non-Compete Agreements violations—a clause that requires employees not to enter into or start a similar profession or trade in competition against another party upon their termination or resignation. The courts ruled in Tencent's favor, awarding them a settlement of $2.9 million (RMB19.4 million).

Moonton also pulled Mobile Legends: 5v5 from Google Play Store. Though Riot regarded this move as a mere ploy, as expressed in their statement:

“After Riot notified Google about 5v5 MOBA, for instance, Moonton removed it from the Google Play Store, and then immediately released a new game, Mobile Legends: Bang Bang. However, Mobile Legends: Bang bang was not a new game at all, but in fact was the exact same game as Mobile Legends: 5v5 MOBA, with some modest changes. This ploy of 'hide the ball' was part of Moonton’s deliberate business strategy, designed to hamper Riot’s ability to protect its intellectual property. Meanwhile, even though Moonton now has received multiple infringement notices from Riot, it continues to infringe and to profit from its infringement."

Thus prolonging the dispute, and bringing us to last week’s lawsuit. 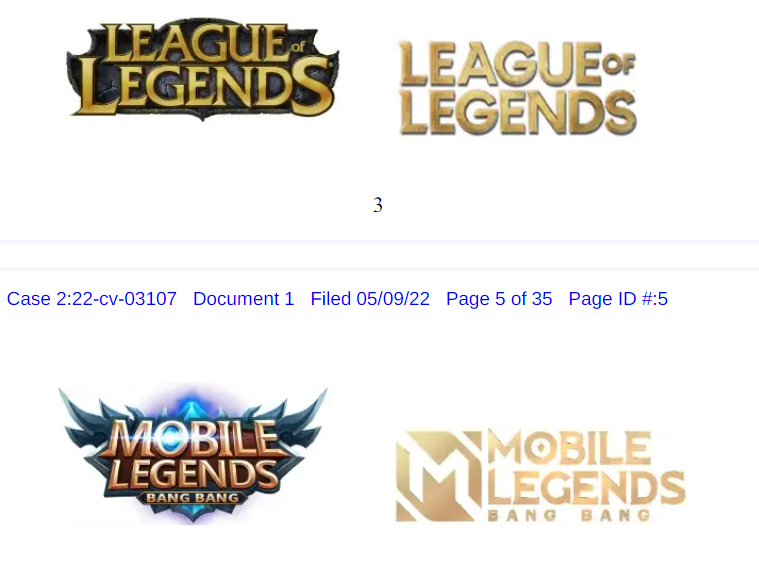 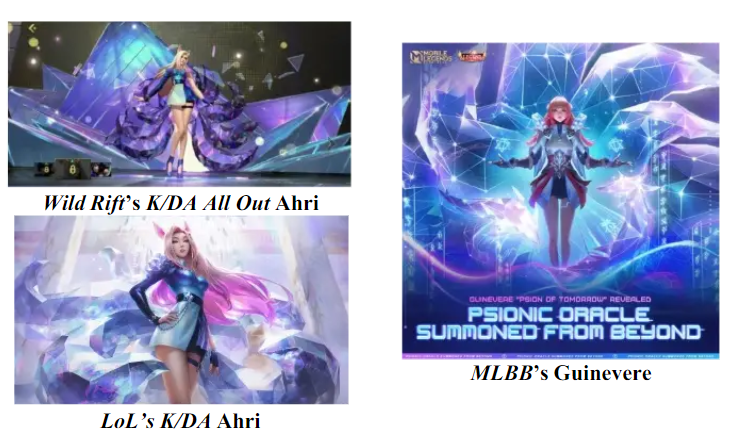 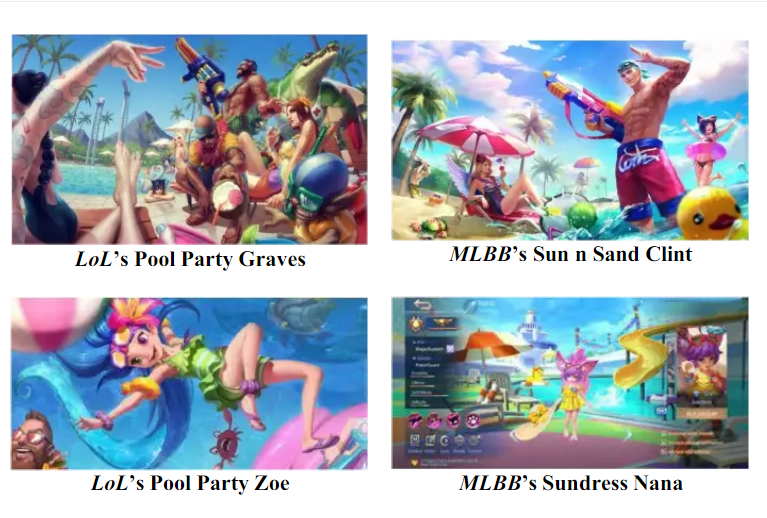 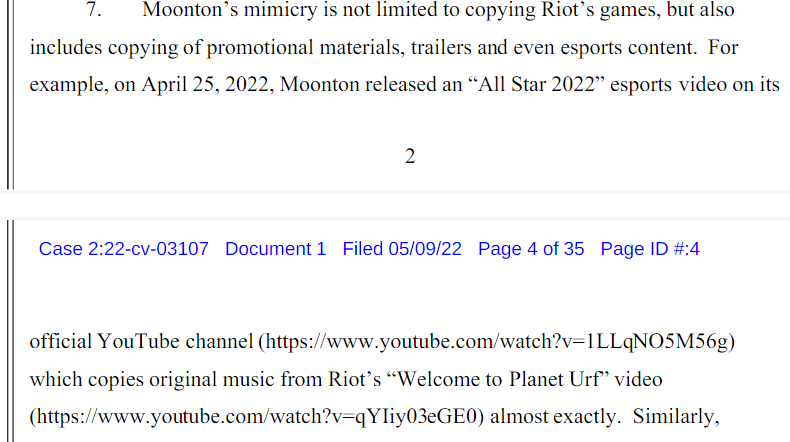 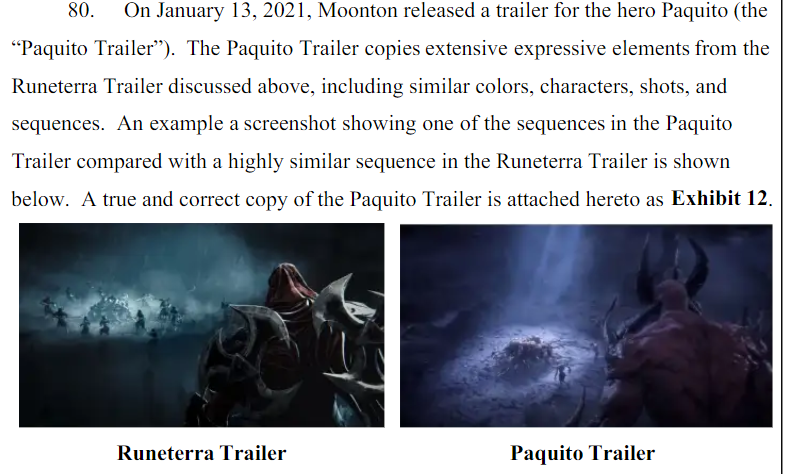 The following are a few examples of alleged infringements by Moonton according Riot. Extracted from Riot’s complaint: Logo Characters Skins songs trailers user interface It’s difficult to deny the striking similarities between the two games, but does it mean that there’s plagiarism involved?

Plagiarism in The Video Game Industry

Video games are a remarkably unique animal in the realm intellectual property. A single video game could comprise of several different forms of media, making it potentially tricky to categorize in terms of IP. When Partners play a video game, realize how that single activity could involve almost all forms of IP:

On the logos and titles such as Mortal Kombat, Final Fantasy, or Mobile Legends. It could also involve character names such as Sonic The Hedgehog or Pac-Man

The visual appearance of the gaming console. Trade Secret Important data, licensing info, or programs created for internal use only (in-house tool).

Both hardware and software components

Furthermore, just like any other works of art, video games would often take inspirations from previous games, thus making it potentially difficult to differentiate between plagiarism and inspiration. Also, the existence of genres could make one game similar to another.

For example, League of Legends and Mobile Legends, as well as other similar MOBA games such as Heroes of the Storm, Arena of Valor, and Vainglory owe their existence to Defense of the Ancients (DotA). 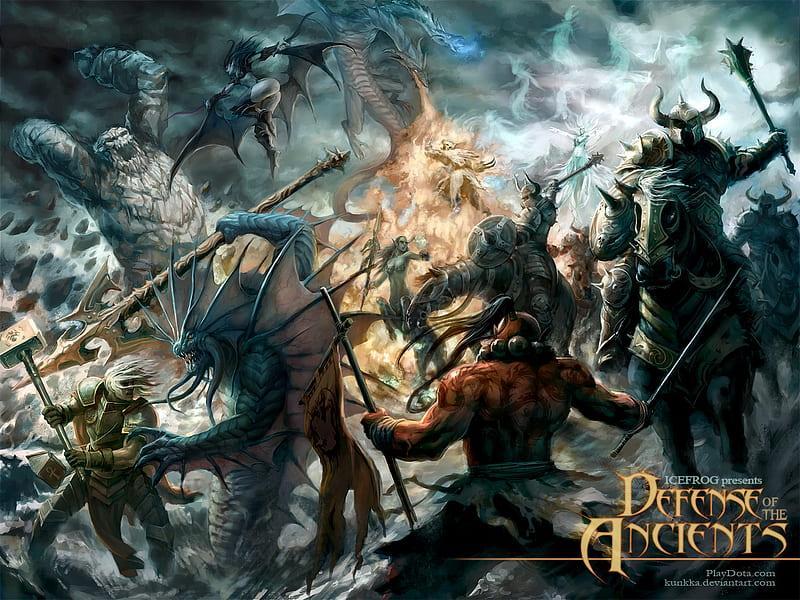 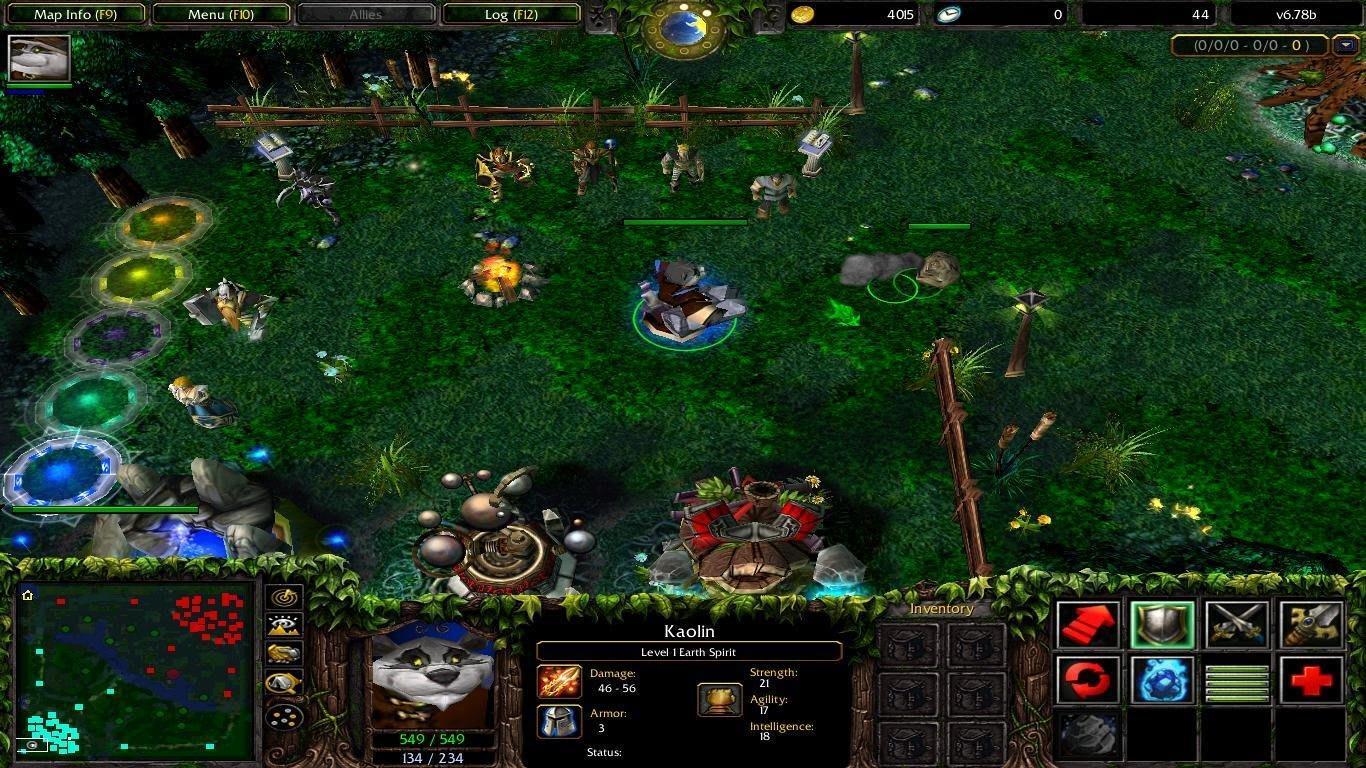 DotA is the game considered by many to have laid down the “blueprint” for MOBA games. It did not only popularized the genre, but also established many components that have become staples of it, such as the fantasy setting, the style of characters, weapons, gameplay and much more, all started from DotA. Does this mean that other MOBA games, such as League of Legends and Mobile Legends merely copied DotA? Or were they just inspired?

Let's see how this case develops. Judging by how wildly successful these two franchises have been, it doesn't look like Riot nor Moonton are going to give up their respective interests so easily.