Who Holds the Royalties After Dark Is the Light? 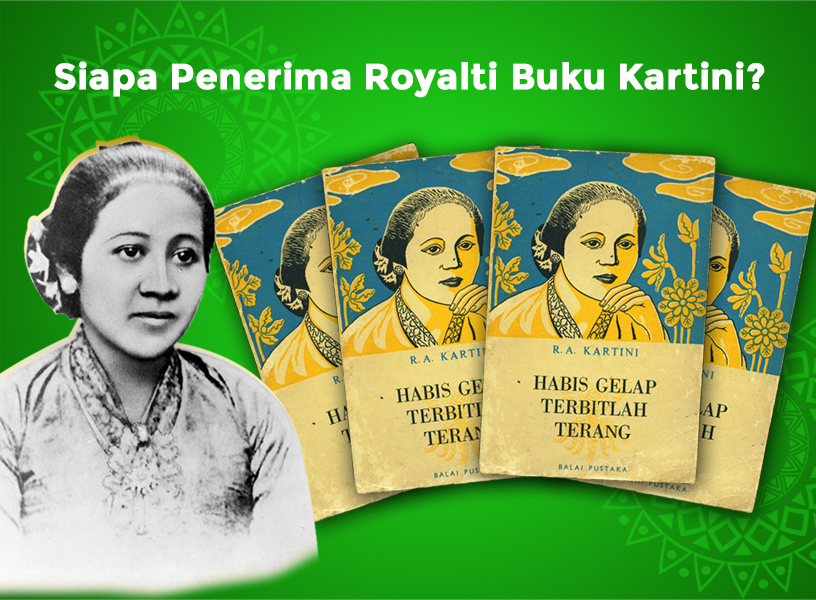 Every April 21 we commemorate it as Kartini's day to honor and commemorate the struggle of R.A. Kartini as a pioneer of women's awakening in Indonesia. R.A. Kartini struggled so that women have equality with men, especially in the field of education. Apart from his struggles, one thing that cannot be separated from the story of Kartini's struggles is a book entitled "After Darkness, Is the Light," which is interesting for us to discuss, because it is an object of intellectual property.

Because until now we can find various versions of this book on the market, from bookstores to e-commerce, but who will get royalties from the book? Family? Or Country?

Previously, let us first consider the history of the birth of the book.

Young Kartini, with her extensive association, often exchanged letters with her friends in the Netherlands, including the husband and wife couple Jacques Henrij Abendanon and Rosa Abendanon. After Kartini died at the age of 25 (1904), the letters were collected by Abendanon and made into a Dutch-language book entitled Door Duisternis Tot Licht (From Darkness to Light) and published in 1911. The money from sales was collected in Kartini Fonds ( Kartini Fund) in The Hague and used to help Indonesian women. In its history, Door Duisternis Tot Licht was printed five times because of its many devotees.

In 1922, "Empat Saudara" translated Door Duisternis into Malay to become "After Darkness, the Light is Born; Boeah Pikiran, ”and published by Balai Pustaka. Armijn Pane, an Indonesian writer who pioneered a new poet who became part of the Four Brothers, published another version of Habis Gelap. A different version was published in 1938.

In this version, Armijn only presents 87 letters. The reason is because there are several letters whose contents are similar and make the storyline look like a romance story. This version of the book was also published by Balai Pustaka and is currently available in several cover versions.

Now the question is, who gets royalties from this book? Abendanon? Kartini's family? Armijn Pane? or Balai Pustaka?

In Indonesia it is recognized that Kartini is the creator of the book "Habis Gelap Terbitlah Light," although Abendanon collected Kartini's letters and made them a book. However, because in that year there was no Copyright Law, the royalty distribution on the book was unclear.

If it is related to Law number 28 of 2014 concerning Copyright, Kartini's family is entitled to receive royalties from the sale of the book "Habis Gelap Terbitlah Terang". However, in article 58 paragraph 1 letter a of Law number 28 of 2014 concerning Copyright, it is explained that Copyright Protection for books, pamphlets, and all other written works is valid for the life of the Creator and continues for 70 (seventy) years after the Creator died, starting January 1 of the following year. So now Kartini's family doesn't get any more royalties from selling the book "Out of the Dark, Is the Light."

Thus the book "Habis Gelap Terbitlah Bright" has become the public domain, so that anyone can get economic rights from the publication of the book. But don't forget the Moral and Moral Rights of a work, by attaching a photo and writing Kartini's name on the book.

As for Armijn Pane and Balai Pustaka, they are only book translators and publishers. Because of that they did not get any royalties at all, in fact they should have paid royalties to Kartini's family if they wanted to translate and publish the book. Even so, Armijn Pane and Balai Pustaka should be appreciated, because without them, the Indonesian people could not understand the book Door Duisternis Tot Licht.

Interesting right? If you have a work, make sure you have registered it to ensure legal certainty in the future. For further questions, please write in the comments column, or contact us at marketing@ambadar.co.id. Happy Kartini's Day!