Who Created The Dark Knight? 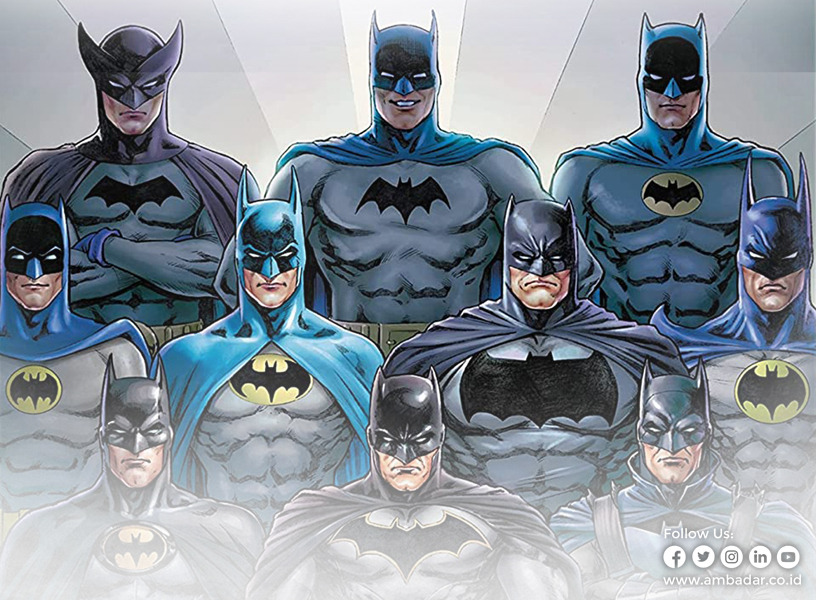 Fans of DC Comics are currently treated to the release of “The Batman”—the latest cinematic installment of Gotham’s Dark Knight. In this film, Batman, played by Robert Pattinson, must solve a mystery involving a killing spree orchestrated by The Riddle (Paul Dano).

The Batman is a massive hit. At the time of writing this article, the film has received a whopping 730 million USD at the box office! Many praises were directed at the actors, cinematography, and gripping plot. However, it might interest Partners to know that behind the creation of the Batman character himself, lies a tale that is just as intriguing. Read the full article below.

DC and Marvel films nowadays are virtually known and loved by everyone. Of course, “superhero” as a genre isn’t anything new. The superhero craze started in the late 1930s through the debut of Superman, whose immense popularity inspired countless new comics and characters, thus creating the superhero genre.

The publisher of Superman comics, National (now known as DC Comics) sought to capitalize the trend of superheroes by introducing new characters. They turned to local creators, one of whom was an illustrator from New York named Bob Kane. 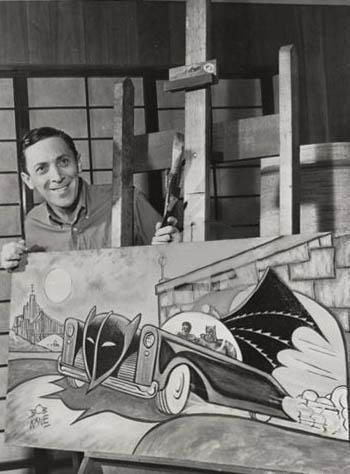 In the process of creating a new character, Kane drew inspiration from Zorro, the works of Da Vinci, and a film titled The Bat Whisperers. This mix of influences resulted in a rough sketch for a character that he named “Batman”. This is that sketch: 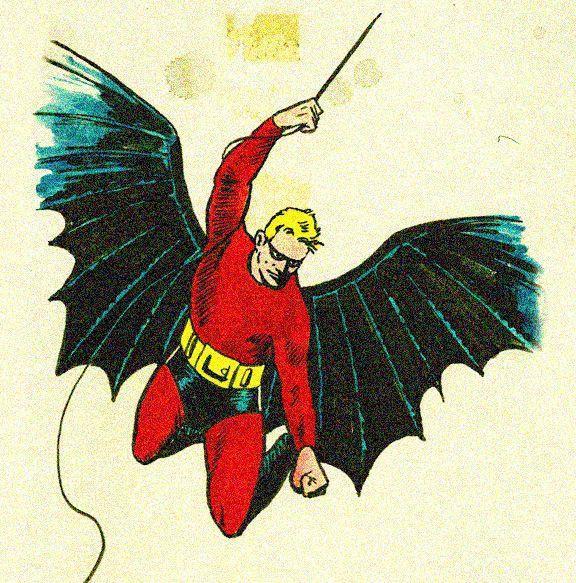 Surprised? Yes, the initial visual concept for Batman as created by Bob Kane didn’t look like the version of Batman as we know him. One might say that the character above resembles Superman more than Batman. This is largely because Bob Kane’s creative contributions towards the creation of Batman effectively end there.

Before handing over Batman to National, Bob Kane asked a writer named Bill Finger for input. This was the beginning of “Batman” as his own unique and distinctive character. According to “The Steranko History of Comics”, Finger created many elements that are now crucial to the Batman lore. Finger essentially turned Batman from a traditional superhero to a detective figure. 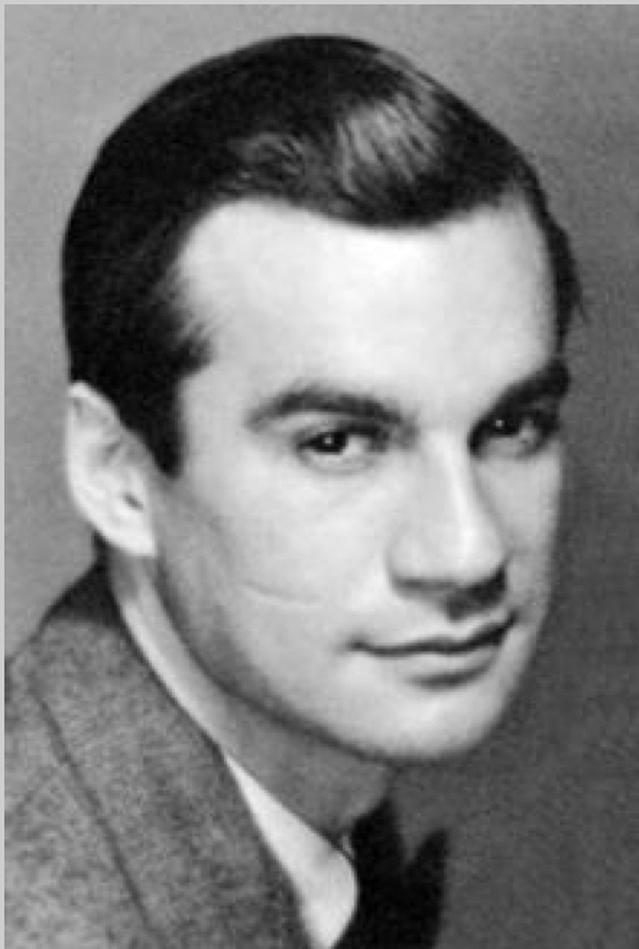 First, Finger heavily modified Batman’s appearance to look more mysterious by giving him a cowl, black cape, gloves, as well changing his costume’s main color scheme to dark gray. Finger also devised the identity of Bruce Wayne, the man behind the Batman mask. He took the name “Bruce” from Robert Bruce, a Scottish national hero. Meanwhile “Wayne” was taken from the aristocracy. “I wanted Batman to have a name that suggests that he was a descendant of colonialism,” explained Finger. 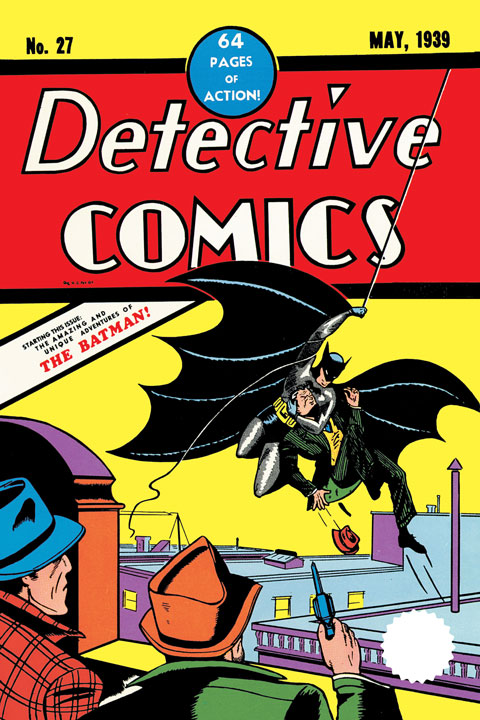 Finger’s contributions did not end there. According to sbs.com, Bill Finger also created other essential components of the Batman Universe—like Joker, Robin, Catwoman, Gotham City, Commissioner Gordon, and others.

Judging from both men’s inputs, it certainly wouldn’t be foolish to conclude that both men are important to the creation of Batman, or perhaps, Bill Finger might’ve been more influential considering the extent of his contributions. Well, are both men credited?

Take a look at these covers for early Batman comics: 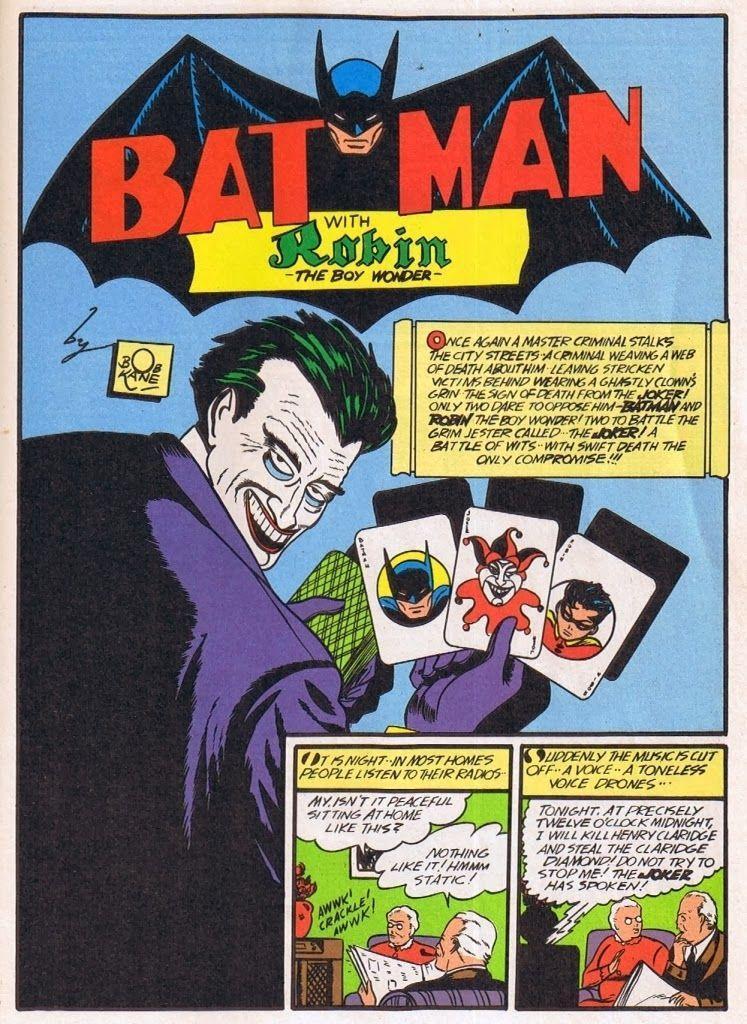 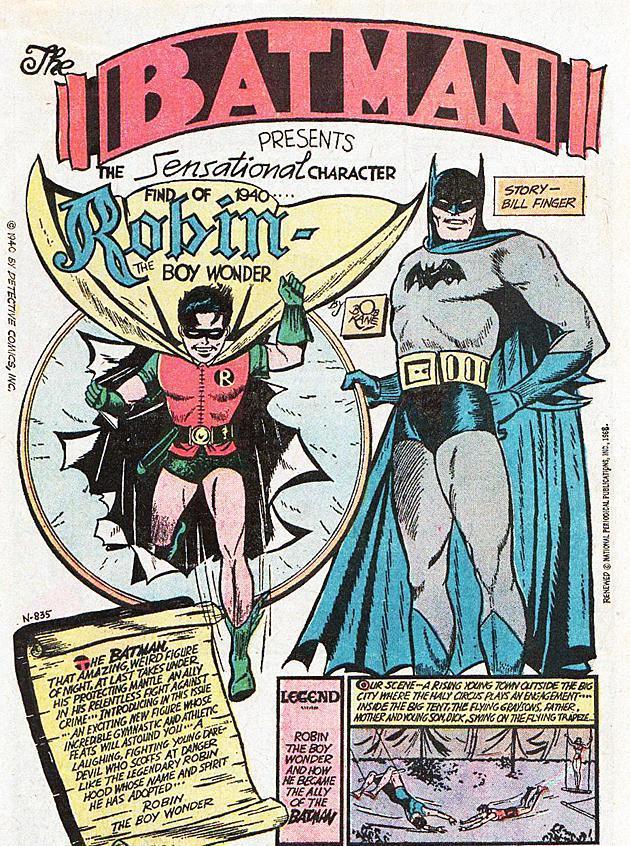 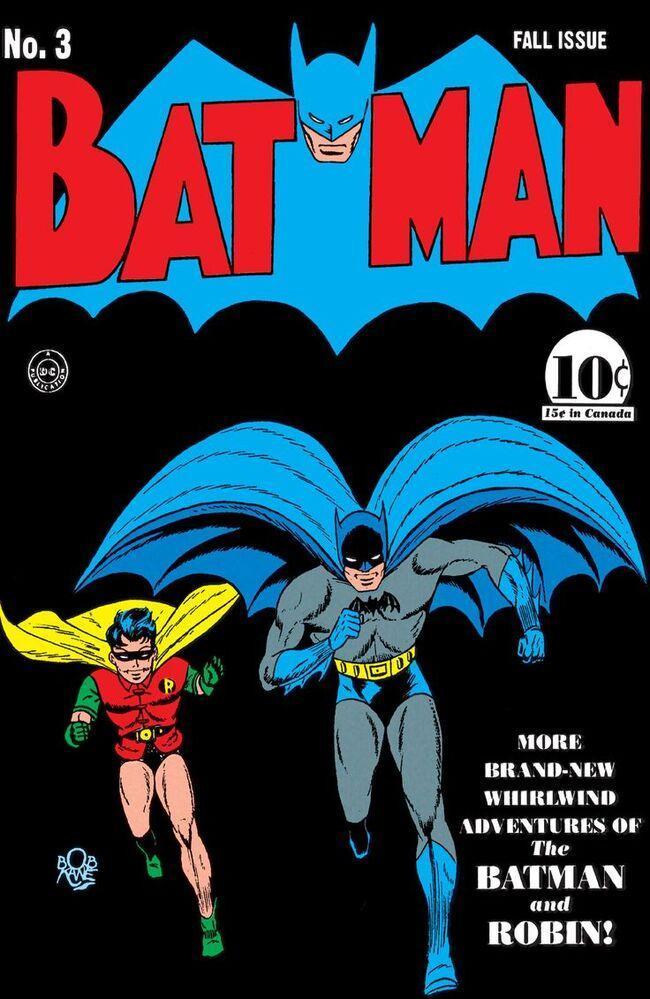 Note how only one name are credited, specifically Bob Kane’s which was represented by his signature:

One might wonder: Why was only Kane credited? Why was there no acknowledgement for Bill Finger?

Bob Kane made a deal with DC to produce Batman comics. According to their contract, Kane was to create Batman comics and hand over copyright ownership to DC, in turn, Kane receives compensation and sole credits for each Batman comic published by DC. This deal benefited both parties, as Kane received steady income from DC, while DC didn’t have to worry about possible copyright disputes Kane. However, this was terrible for Bill Finger, a man who did not have the business instincts of his colleague Bob Kane.

Does this mean that Bob Kane went on to create the Batman series genuinely on his own, without help from Finger? No. Numerous sources suggest that Bob Kane had outsourced most of his Batman work to various “ghost” writers and “ghost” artists. In other words, Batman comics were published under the name Bob Kane, even though it was done by other creators, including Bill Finger.

Bob Kane’s practice had become an open secret in the comic industry. Julius Schwartz, a former editor for DC Comics, once recounted a story regarding this at a Comic Con event. The story was as follows:

One time when Bob Kane dropped off pages, I asked him for a quick revision on one panel. Batman was punching someone and I wanted it to be a Marvel-style punch with a big fist coming right out at the reader. Bob said, "Okay, I'll take the page home and fix it and get it back to you tomorrow." By now, I knew he was going to have some assistant redo it so I decided to have a little fun with him. I said, "No, I need to send this story off to the letterer right away. Just sit down at a drawing table down the hall and redo the panel. He was turning pale. He said, "No, I need my own drawing table and my own art supplies to work." I said, "Come on. It's just one fist. The great Bob Kane should be able to knock that out in two minutes." I kept after him until he finally agreed to do it. He took the page and went off down the hall to where there were some drawing tables for artists to work at. It took a half-hour or so but he finally came back with the page and the fist was perfect. He did a real good job. I was impressed until later, I found out what happened. He sat there for twenty minutes, erasing and redrawing, erasing and redrawing. Finally, he paid Murphy Anderson ten bucks to redraw it for him.

As time went on, the Batman franchise continued to skyrocket in popularity. In the 1960s, a Batman TV series starring the late Adam West transformed Batman from a mere popular comic character to an entertainment icon that rivaled James Bond and Mickey Mouse.

At that time, Finger still had not received official recognition in any Batman content. However, the public were gradually acknowledging Bill Finger and his contributions. Whispers within the comic book community had crowned Bill Finger as the “true genius” behind Batman.

Among comic creators, many voiced their support for Finger. Among them was artist George Roussos, who said this about Finger: “He was a terrific writer and was the most responsible for the success and development of Batman. He really was the background for Batman; Bob Kane had ideas while Bill sort of organized them.”

Similar statements were echoed by other important figures in comic history such as Jim Steranko, Jerry Robinson, and Julius Schwartz.

The peak of support for Finger was when a fanzine (magazine created by and for Batman fans) published an article on Bill Finger’s contribution to the creation of Batman. This article was discovered by Bob Kane and he proceeded to write a response to the same fanzine for fans to read – an early version of a twitter beef. In his fiery response, Kane denied all claims in the original article, and maintained his status as the sole creator of Batman. He also unleashed an effective counterargument, a weapon that he devised himself years prior: “if Bill co-authored and conceived the idea, either with me or before me, then he would most certainly have a by-line on the strip along with my name. However, it remains obvious that my name appears on the strip alone, proving that I created the idea first and then called Bill in later, after my publisher okayed my original creation."

Bill Finger didn’t get a happy ending. He died at the age of 59 while in poverty, virtually nameless, and without ever properly enjoying the fruits of his labor. Recognition for Finger did eventually come, but it did so much later after his death.

In 1989, Bob Kane released his autobiography titled “The Batman and Me” in which he finally showed appreciation to his late colleague. He admitted that Finger was a massive influence on Batman, and that he created many essential components for the character. Below are excerpts from Kane’s autobiography:

One day I called Bill and said, "I have a new character called the Bat-Man and I’ve made some crude, elementary sketches I’d like you to look at.’"He came over and I showed him the drawings. At the time, I only had a small domino mask, like the one Robin later wore, on Batman’s face. Bill said, "Why not make him look more like a bat and put a hood on him, and take the eyeballs out and just put slits for eyes to make him look more mysterious?" At this point, the Bat-Man wore a red union suit; the wings, trunks, and mask were black. I thought that red and black would be a good combination. Bill said that the costume was too bright: "Color it dark gray to make it look more ominous.’"The cape looked like two stiff bat wings attached to his arms. As Bill and I talked, we realized that these wings would get cumbersome when Bat-Man was in action and changed them into a cape, scalloped to look like bat wings when he was fighting or swinging down on a rope. Also, he didn’t have any gloves on, and we added them so that he wouldn’t leave fingerprints.

Furthermore, Kane also underline how Bill was a “force” behind Batman:

Now that my longtime friend and collaborator is gone, I must admit that Bill never received the fame and recognition he deserved. He was an unsung hero. I often tell my wife, if I could go back fifteen years, before he died, I would like to say ‘I'll put your name on it now. You deserve it."

Powerful, but ultimately empty words. It's a great shame that Kane didn’t say them when Finger was alive. Aside from Kane, the company that owns Batman, DC, took longer to credit Finger.

In October 2015, after being pressured from a variety of sources, including Bill Finger’s family, DC finally acknowledged the late creator. 41 years after Finger’s death, and 76 years after the first appearance of Batman, DC credited Bill Finger. His name appeared in Batman and Robin Eternal #3 and in Batman: Arkham Knight Genesis #3, and was also credited in the film Batman vs Superman. A small reward, for a man who had given so much for DC, and millions of fans around the world. 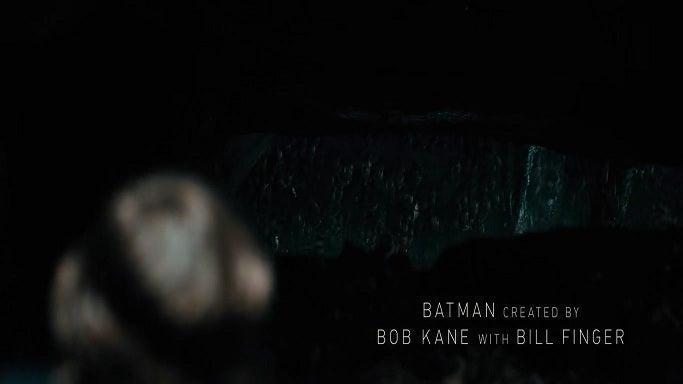 Visit our website for more articles concerning IP. To get the best services regarding IP, contact us via marketing@ambadar.co.id.