Temple Grandin: The Autistic Inventor Who Revolutionized The Farming Industry 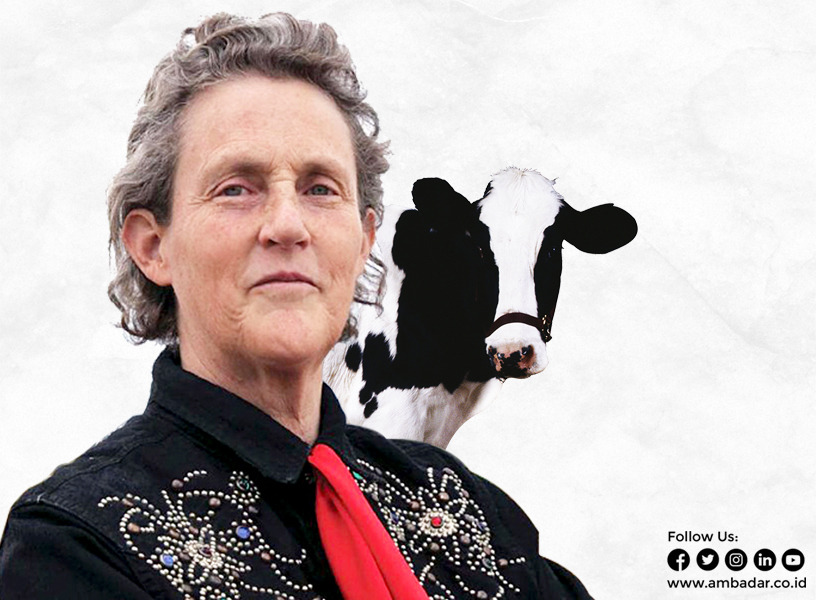 On the second of April, the world celebrates World Autism Day. It’s a day specified to raise the collective public’s awareness on autism in order to improve the life of its carriers. Today autism, and other similar conditions, are still the subject of much misconception. The public still holds stereotypical beliefs that are damaging to the autistic community. Partners might have the opinion that autistics are “backwards” people who can’t contribute to society. This is a wildly inaccurate and harmful assessment.

It’s important to note how wide and diverse the autism spectrum is. Yes, many of our autistic brethren require frequent assistance, but there are plenty of figures with impressive accomplishments despite being mentally “handicapped”. One of these figures is Temple Grandin. An inventor who not only changed perceptions about autism, but also managed to revolutionize the farming industry.

Mary Temple Grandin was born in Boston on August 29th, 1947. From an early age, her parents noticed that their oldest child was different from other children. Thus they often took the young Temple to “experts” of her time. Sadly, studies on autism weren’t as advanced back then, and many of these experts recommended for Grandin to be institutionalized. However, her parents rejected that advice and opted to enroll Grandin in traditional schools, along with assigning a speech therapist to help her development.

School years were not enjoyable for Grandin. Her unique predicament made her a target of insults from her peers. Despite this, Grandin still managed to develop hobbies, including a passion for animal handling. She discovered a connection with animals, particularly farming animals. She realized that she could identify certain behavioral aspects of animals that might not be noticeable by other people. This was the start of Grandin’s life as an inventor

As a teenager, Grandin would often spend time on her aunt's ranch in Arizona. One day, Grandin was analyzing the process of milking cows, in which the cattle were confined in a squeeze chute for inoculation, and how some of the cattle immediately calmed down after pressure was administered because they were protected from noise and unexpected movements. Grandin realized that she could relate to the cows, as she also found herself easily bothered when someone hugged or held her. Grandin used this phenomenon as the inspiration for her first invention.

Squeeze Machine is a device that took inspiration from the process of cow milking. This device was designed to give relaxing sensations to hypersensitive individuals who otherwise wouldn’t want to be touched. Initially, this invention was panned by psychologists, but modern studies came to prove its benefits. A 1995 study by the Center for the Study of Autism involving ten autistic children found that Grandin's machine reduced tension and anxiety. A research conducted by Dr. Margaret Creedon, Special Projects Director of the American Autism Research Institute also reached a similar conclusion. Today, many therapy programs in the United States utilized the Squeeze Machine.

Grandin’s ability to understand animals became the catalyst to many of her inventions. When investigating the movement patterns of livestock, Grandin realized how much small visual details play a role. Things like the sun path, nearby parked cars or even flooring could influence the movement of cattle. Grandin thus concluded that farm animals are “visual thinkers” or creatures whose thoughts are primarily based on visual sensations. Grandin believes that there are certain categories of thinkers, such as “visual thinker”, “verbal thinker”, “mathematical thinker”, and so forth. She labels herself as a “visual thinker”, which she believes made it easier for her to understand animals. Grandin would use this thinking to create an invention for “guiding” farm animals in slaughterhouses.

“Center Track Conveyor Restrainer for Beef Cattle” is a conveyor tool for meat processing. What makes this invention unique is that Grandin designed it in a way so that livestock would remain calm during the slaughtering process. According to Lemelson-MIT, more than half of cattle in the USA are processed by this invention.

This would not be the last of Grandin’s inventions that involved meat production. In 1999, she received a patent for her invention titled  “Animal Stunning System Prior to Slaughter” .

Just like the previous tool, this invention was also designed to help meat processing. This device involves processing livestock by giving it electric shocks, thus rendering the animals effectively unconscious when it’s slaughtered, without affecting the final quality of the meat.  At first glance, this tool may seem sadistic, but it was actually designed specifically to minimize animal suffering during the slaughter process.

Temple Grandin is an impressive figure. Aside from creating inventions that greatly impacted the meat industry, she also obtained a doctorate in Animal Sciences and is now recognized as one of the world’s leading experts on animal behavior.  However, above all, Temple Grandin’s greatest accomplishment is perhaps her contribution in raising awareness on autism. Grandin has challenged the common perception on autism, and what is achievable by autistics. She now actively gives seminars around the world concerning autism, where she would often stress the importance of understanding the condition.  Grandin believes that misconceptions could hinder the autistics’ ability to develop, something that nearly happened to her as a child.  The world may have never gotten Grandin’s contribution and inventions if her parents were to simply give her away,  thus we as a society must also broaden our understanding on autism, in order to give the proper treatment to the handicap.

Even though Temple Grandin is now universally recognized as an important inventor in the field of farming, many of her inventions were never registered, such as her conveyor system. In an interview with CSU Ventures, Grandin explained how the lack of patents attorneys in her area during her time, caused many of her inventions to be unpatented—something that she admittedly regrets. To avoid the same fate, partners can contact us via marketing@ambadar.co.id. Furthermore, if partners wish to gain deeper insights on autism, please visit Masyarakat Peduli Autis Indonesia.