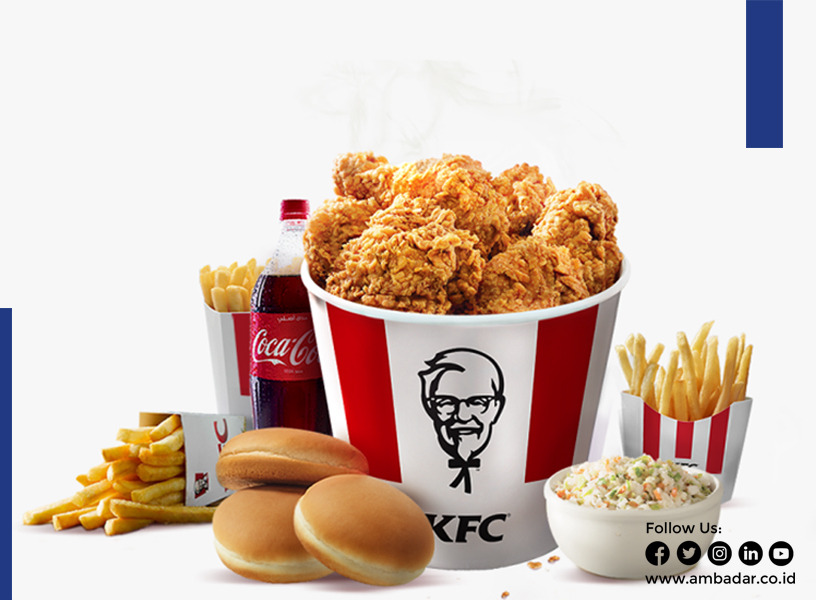 For partners that are currently fasting, we hope that you could process this article without getting too tempted: 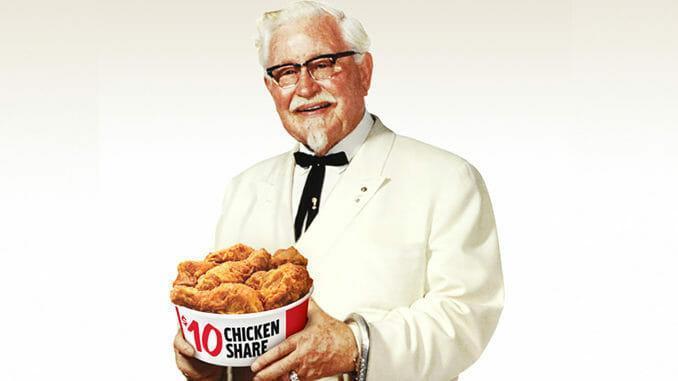 Founder of Kentucky Fried Chicken, “Colonel” Harland Sanders started off as a mere gas station owner. He began pivoting to the restaurant business once the fried chicken that he sold at his gas station became wildly popular. His fried chicken became distinctive for its recipe that consists of “11 herbs and spices” as well as its unique frying technique. In 1940, Colonel Sanders detailed the exact recipe on a piece of paper which is still protected by the company to this day. 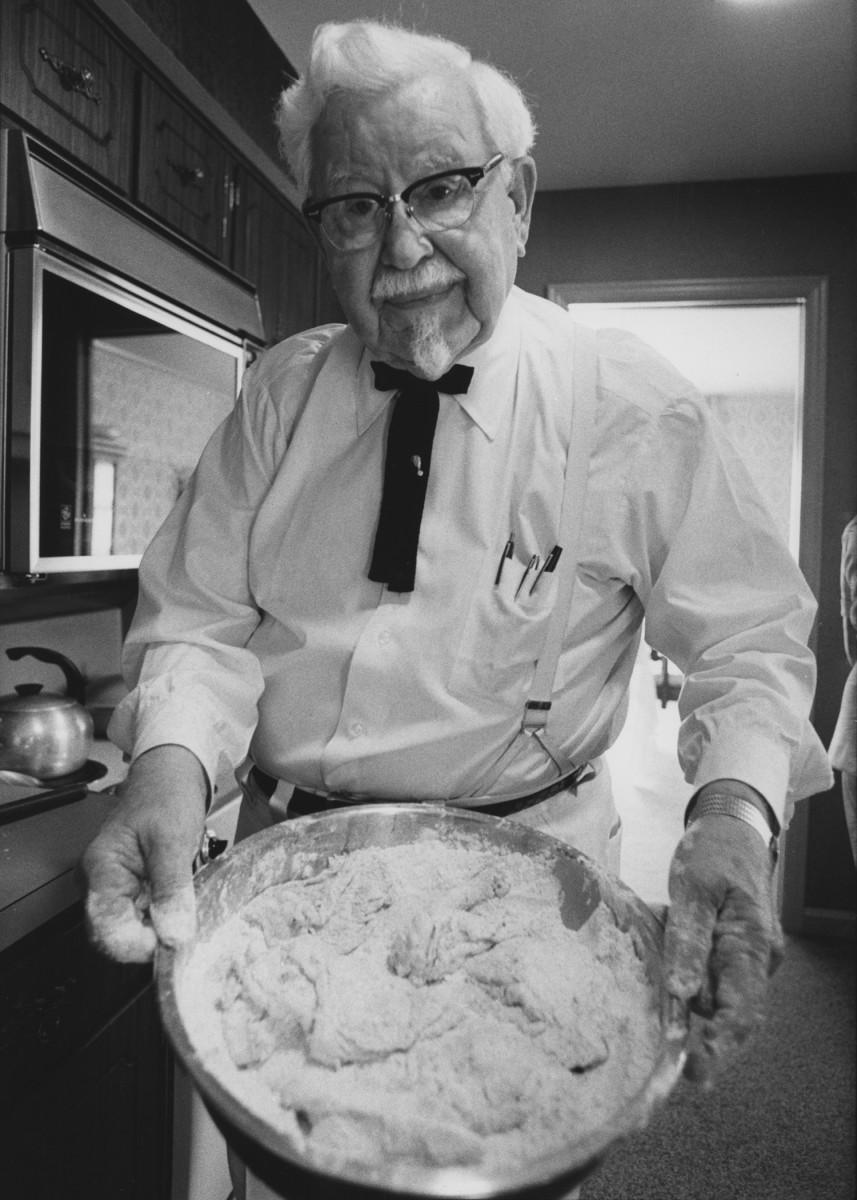 In 2016, Joe Ledington, a reporter who is also the nephew of Colonel Sanders, claimed he had found a handwritten document containing the original KFC recipe. However, KFC themselves insisted that the recipe is still locked in a digital vault, layered in concrete, and closely guarded for 24 hours a day. 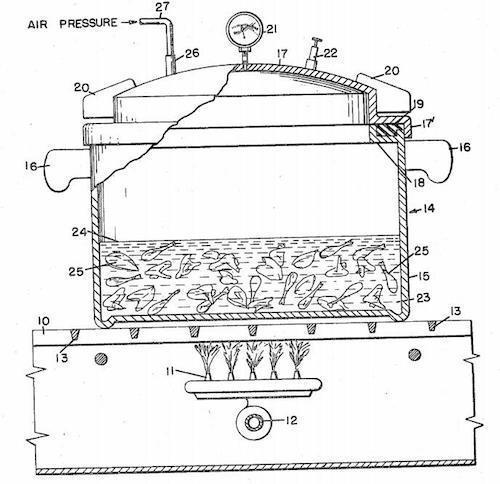 Even though the recipe for KFC remains a mystery, information about the unique technique to fry KFC chickens is publicly available. On September 26th 1962, Colonel Sanders filed a patent application for “Process of producing fried chicken under pressure”. It was granted and registered as US Patent No. 3.245.800. 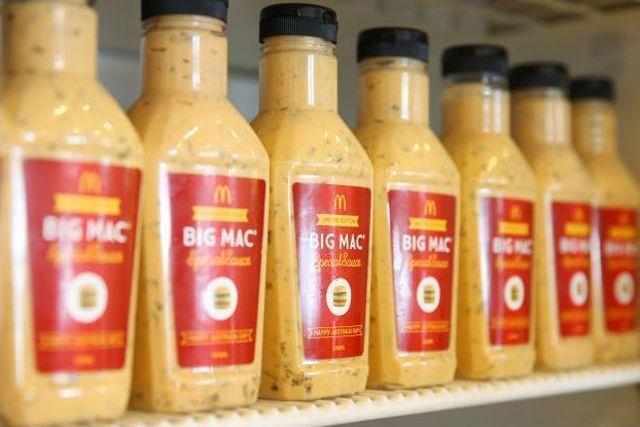 McDonald’s introduced this sauce in 1986 as the complementary condiment for their “Big Mac” menu.

Since then, the Big Mac Special Sauce has been subjected to numerous changes. In 2004, McDonald’s decided to revert the sauce to its original form; however, they couldn’t find the original recipe in their archives so they had to consult a former supplier to retrieve it.

Funnily enough, the Big Mac Special Sauce is no longer a secret due to McDonald’s own clumsiness. In 2017, McDonald’s released a video detailing how to make the sauce, thus dispelling its status as a trade secret. 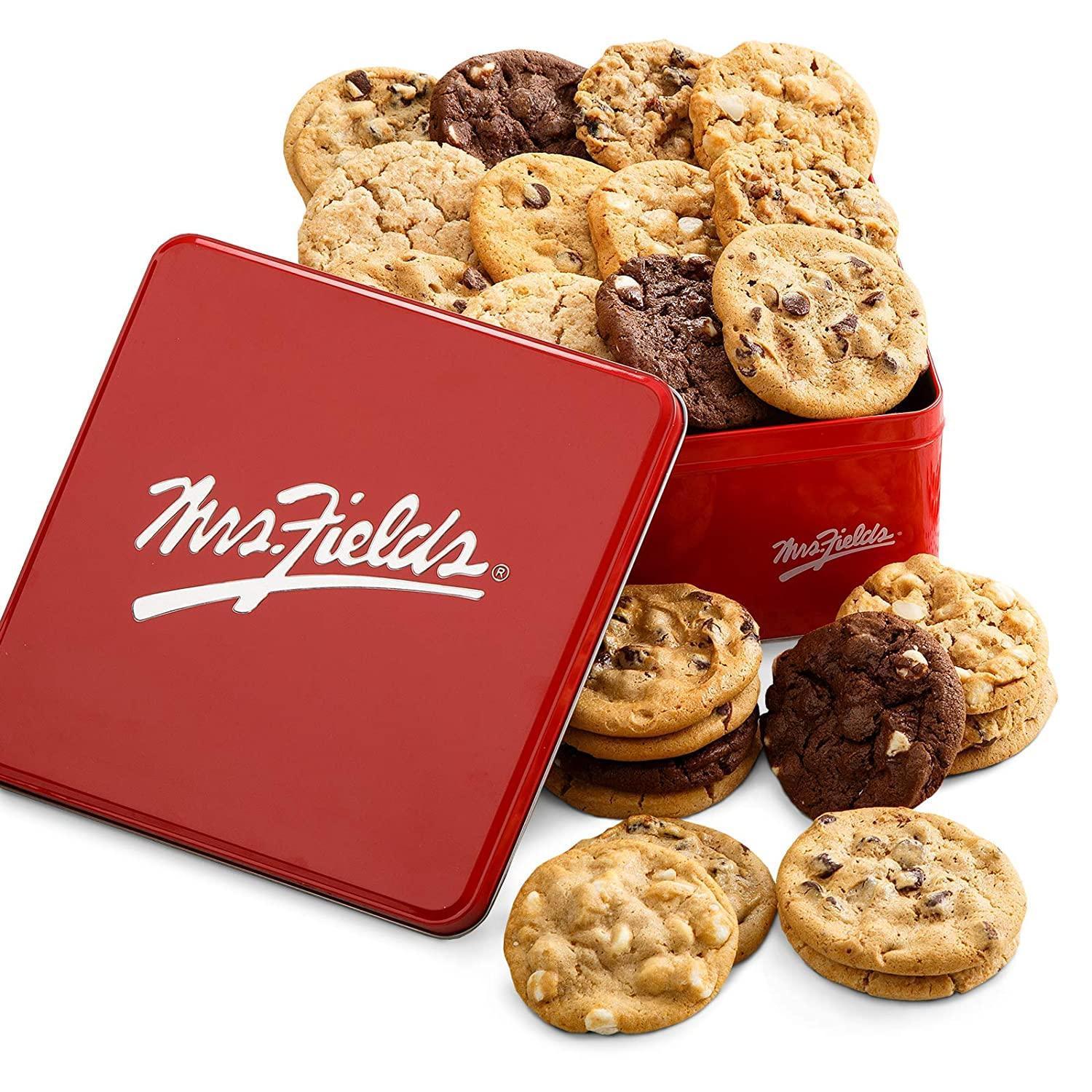 It has been said that break fasting is better with sweets. Therefore, why not order some Mrs. Fields cookies for tonight?

Mrs. Fields Cookies was founded by its namesake, Debbi Fields. In 1977, she and her husband Randy opened the first Mrs. Fields store Palo Alto, California, which gradually developed to a massive, international franchise as we know it today. 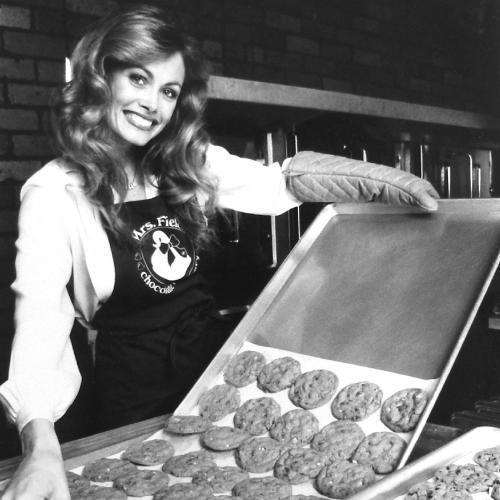 In the 1980s, the recipe of Mrs. Fields became the center of a popular urban legend. The story goes that a mother and her child were at Mrs. Fields' store and they asked the store clerk for the cookies’ recipe. The store clerk obliged for the price of “two fifty”, in which the mother accepted and immediately gave her credit card to finalize the transaction. A few days later, the mother was surprised when she discovered that she was charged for $250 and not $2.50.

Debbi Fields did not take the urban legend kindly. She published a response to deny it and was adamant that the recipe was still a secret. 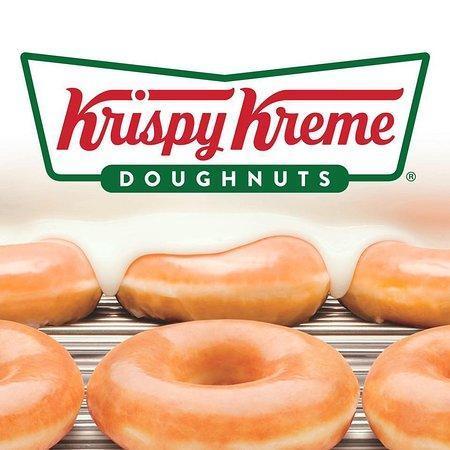 Comedian Chris Rock once joked that Krispy Kreme donuts are so delicious, that they must have contained illegal substances. Hyperbole aside, it’s undeniable how effective their recipe is; regardless of what’s actually in it. 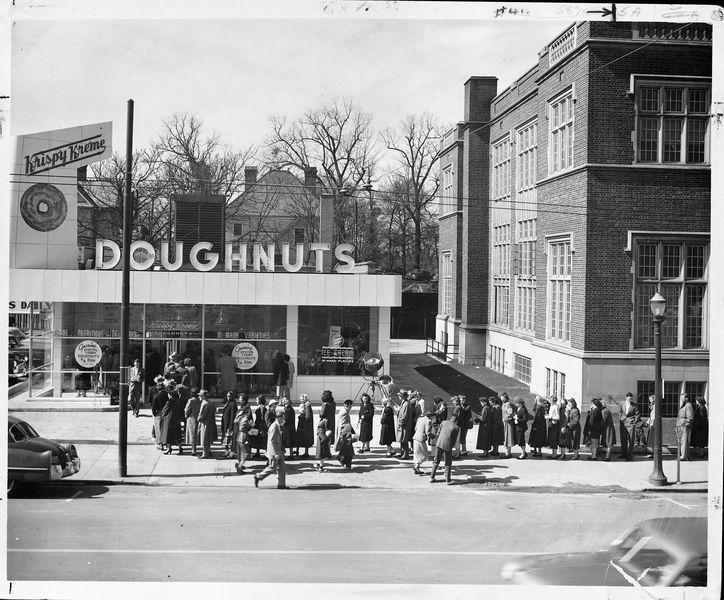 Krispy Kreme began as a store owned by a French-American immigrant named Joe LeBeau. In 1933, that store, along with the recipe for its donuts was bought by Ismail Armstrong. Later on, Armstrong’s nephew, Vernon Rudolph, developed the brand to the giant it is today. Meanwhile, the recipe for the donuts is locked in a vault in Krispy Kreme headquarters.

Krispy Kreme is particularly unique to other brands in this list as the original founder of the recipe wasn’t the one to start the franchise. Trade secrets, as a right of ownership, can be transferred. In Indonesia, this is stipulated in Law No. 30 Year 2000 on Trade Secrets. Article 5 of said law stipulates that Trade Secret Rights can be transferred by inheritance, donation, testament, written agreement, or other reasons recognized by the Law 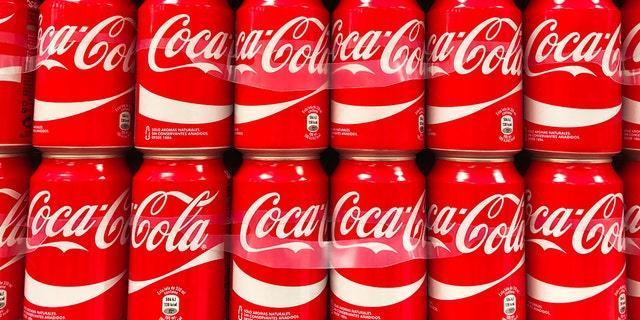 The recipe for Coca-Cola was created by a pharmacist named John Pemberton, who died before seeing his product became a popular franchise. Coca-Cola as a company was actually founded by Asa Candler, who bought the recipe for Pemberton’s estate. 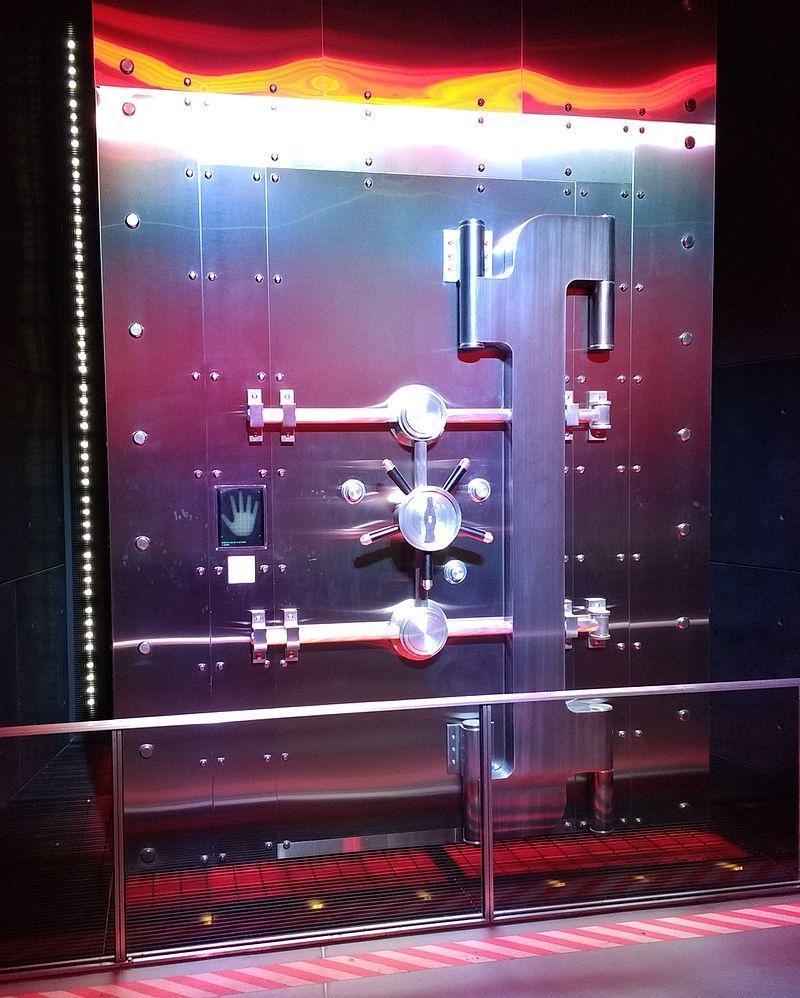 Coca-Cola has taken a unique approach in regard to their recipe. Aside from utilizing it as the basis of their main product, Coca-Cola also propagated a sense of mystery from its “secret formula” as a marketing strategy. For example, they locked the secret formula in a vault that serves as an exhibit for the Coca-Cola Museum in Atlanta, Georgia.

An even stranger example concerns a rumor that only two employees are privy to the complete formula at any given time and they are not permitted to travel together. When one dies, the other must choose a successor within the company and impart the secret to that person. The identity of the two employees in possession of the secret is itself a secret. The validity of this is commonly doubted, and likely just a narrative that Coca-Cola themselves pushed in order to further romanticize their secret formula.

If the concept of illegal substances in Krispy Kreme donuts was merely a joke, for Coca-Cola, there is some truth behind it. Believe it or not, Coca-Cola initially included cocaine that was extracted from coca leaves. At that time, cocaine was not yet illegal; it was even regarded by some as medicine. Of course Coca-Cola did eventually remove cocaine from its products by 1903. So, partners who love this brand need not to worry about consuming any dangerous substances from it.., other than caffeine and sugar.