Uncle Vanya, the Russian McDonald's, Is it Possible to Establish its Business in Indonesia? 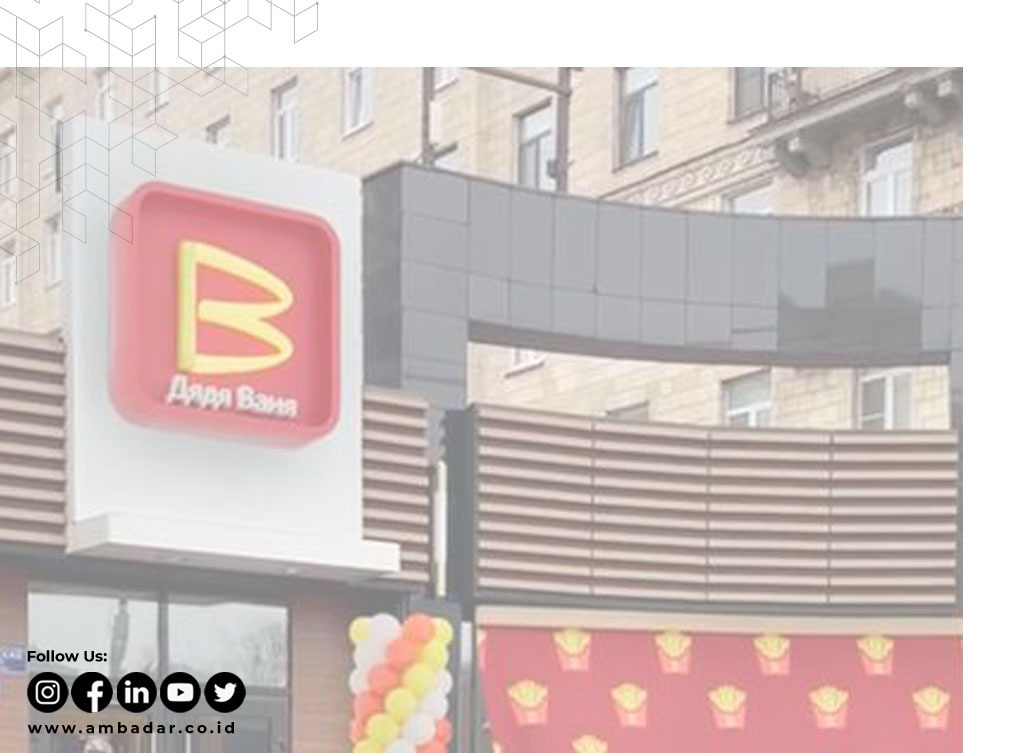 McDonald's officially announced the closing of all of its outlets in Russia on March 8, 2022. This decision resulted in a rather long line at numerous McDonald's locations around Russia. In response to this occurrence, a pianist from Russia self-cuffed himself in front of a McDonald's outlet.

Then, precisely four days later, on March 12, 2022, a corporate entity filed its trademark with the Russian Federal Office of Intellectual Property. The Russian legislature proposed renaming all McDonald's, Uncle Vanya.

This support for Uncle Vanya results from the Russian government's policy of granting 0% (zero percent) remuneration to patent owners. Furthermore, other intellectual property, such as trademarks, adhere to this policy.

A protected mark consists of a sign in the form of an image, logo, name, word, letter, number, or color arrangement, in the form of 2 (two) dimensions and/or 3 (three) dimensions, sound, hologram, or a combination of 2 (two) or more of these elements to distinguish goods and/or services produced by persons or legal entities in the activities of trading goods and/or services.

The concept of the first-to-file principle is specified in Article 35 paragraph (1) of Law Number 20 of 2016 on Marks and Geographical Indications, as amended by Law Number 11 of 2020 on Job Creation ("Trademark Law"), which is as follows:

“A Registered Mark enjoys legal protection for a period of 10 (ten) years as of the Filing Date.”

Then, in terms of trademark registration, according to Article 20 of the Trademark Law, a mark cannot be registered if:

Furthermore, as stated in Article 21, Paragraph (1) of the Trademark Law, an application is refused if the mark is substantively similar to or identical with:

Based on Article 83, Paragraph (1), Paragraph (2), and Paragraph (3), The registered Mark owner and/or Mark Licensee may file the lawsuit against other parties who unlawfully use the Mark that is similar to or identical for similar kinds of goods and/or services in the form of:

The lawsuit as referred above is filed to the Commercial Court and may also be filed by the owner of a well-known mark based on a court decision.

Uncle Vanya's Opportunity to Establish its Business in Indonesia

Since 1994, McDonald's has been registered in Indonesia. The McDonald's trademark includes a distinct logo and color arrangement that is well recognized by the public.

According to the legal basis outlined above, the logo and color arrangement is part of the trademark. As a result, it might be claimed that Uncle Vanya cannot develop its business in Indonesia if it wants to register its logo with the Directorate General of Intellectual Property ("DJKI"). Given this, the Uncle Vanya trademark is similar to the McDonald's trademark in terms of both the logo and the characteristic color arrangement that has become the McDonald's trademark's hallmark. Furthermore, Uncle Vanya runs a similar business to McDonald's.

Thus, while Uncle Vanya has legally registered its trademark in Russia, this does not imply that its trademark is valid in other countries. Keep in mind that each jurisdiction has a different legal framework for trademark protection.

Uncle Vanya's logo is nearly identical to the well-known McDonald's brand. As a result, if Uncle Vanya wants to expand its business in Indonesia, it must replace its logo, a cohesive aspect of the trademark.

If you want further information, consultation on intellectual property, brand licensing management, or other legal services to protect your business, please get in touch with us at marketing@ambadar.co.id.