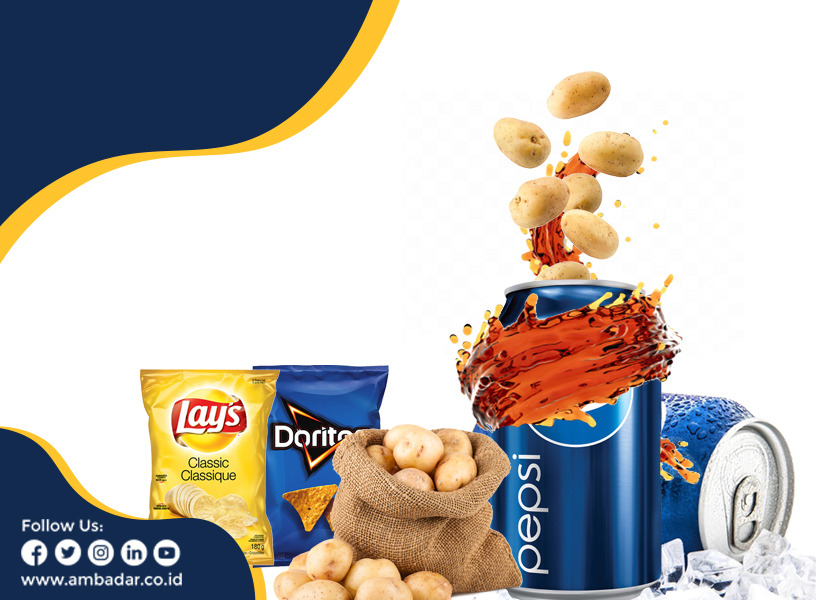 Surprising news emerged from India last December. PepsiCo, known for its signature products such as Lays, Doritos, Tropicana and of course Pepsi, sued nine Indian farmers for cultivating Pepsico’s potato variety without a permit, but in the end, it was PepsiCo who had their PVP rights were revoked by the Protection of Plant Varieties and Farmers’ Rights Authority (PPVFRA). This unexpected outcome was described by various observers as a “victory” for the common people in a field that often favored the powerful. Aside from its moral implications, we note that there is another key lesson to be learned here, namely regarding the importance of paying extra attention to formal technicalities in IP registration.

The potato variety in question is known as “FC5 or “FL2027” in America. This variety is considered unique in having 5% lower moisture levels than common potatoes, making it ideal for crunchy snacks such as potato chips. This variety was developed by Dr Robert W. Hoopes, who holds more PVP rights for potato varieties than anyone else in the world. He was employed by PepsiCo to develop these varieties, and his varieties have been widely used for other PepsiCo products. The FC5 variety was first registered in 2003 by PepsiCO in the United States. In India, the variety was first commercially in 2009, and was applied for registration in June 2011 under the regulations of the Protection of Plant Varieties and Farmers’ Rights Act, 2001. This application was finally granted in 2016.

When the FC5 variety was first introduced to the Indian public in 2009, PepsiCo made a “collaborative farming program”—a deal with around 12,000 farmers in which PepsiCO supplied seeds to farmers for them to cultivate and buy back afterwards. Problems arose in 2019, when PepsiCo sued 9 Gujarati farmers for allegedly violating their PVP rights. These farmers were accused of cultivating the FC5 variety even though they were not part of the PepsiCo farmers’ agreement, nor did they have any authorization from PepsiCo. In the lawsuit, PepsiCo demanded 1 Crore or around RP 1.9 billion from each of the farmers involved. An astonishing number for any company, let alone for working class individuals.

Unsurprisingly this case attracted huge controversy and divided opinions in Indian society. Many viewed PepsiCo’s actions a classic case of suppression by giant corporations towards common people, but there were also those who felt that PepsiCo were only exercising their rights as PVP owners. Some members of the farming community threatened to carry out a boycott. At that time, India was in an election year, thus its sociopolitical climate was already hot enough with elections, prompting the national government to intervene. After “discussions” with the Indian government, PepsiCo dropped their lawsuit. “We will rely on the outcome of these discussions to find a long-term solution to any issue surrounding seed protection,” a PepsiCo representative said.

The cancellation of the lawsuit was not enough to relieve PepsiCo from public outrage. In June 2019, Kavitha Kuruganti, a member of the Alliance for Sustainable and Holistic Agriculture, made a formal petition for the PPVFRA to revoke PepsiCo’s PVP rights. Kuraganti stated that PepsiCo’s lawsuit was a violation of the Protection of Plant Varieties and Farmers’ Rights Act, 2001. Where it is explained that The law lists down farmers’ rights, saying that “a farmer shall be deemed to be entitled to save, use, sow, resow, exchange, share or sell his farm produce including seed of a variety protected under this Act in the same manner as he was entitled before coming into force of this Act”. Moreover, Kapil Shah of the Kisan Beej Adhikar Manch, one of the activists, also reminded that “The registrants’ rights are limited to only production of a variety, and not production from a variety. Even when it comes to production of a variety, farmers have rights to produce seed and even sell seed of a protected variety provided it is unbranded,”.”

Kuruganti believed that by suing the farmers and dragging them to court, PepsiCo violated this right and that “the farmers’ rights supersede the right given to the breeder (PepsiCo in this case)”. She also alleged that the registration was against public interest.

Outside of moral aspects, Kuraganti pointed out technical mistakes in the registration documents. For instance, Dr Hoopes was named as the breeder of the variety, the application for registration was filed by Recot Inc, later changed to Frito-Lay North America (FLNA). However, only an unstamped assignment deed between Hoopes and FLNA was submitted, and no assignment deed between FLNA and PepsiCo India was submitted

PPVFRA reviewed Kuruganti’s petition and confirmed that the registration certificate contained “false information” by the applicant (PepsiCo). In the announcement of the revoking of PVP rights, the statement reads:

“Accordingly the certificate of registration dated February 1, 2016 granted by Registrar in favor of the Registered Breeder (PepsiCo) in respect of the potato variety with denomination FL 2027 is hereby revoked with immediate effect,” PPVFRA also criticized the registrar, saying “the registrar being protector of farmers’ rights, violated the rules and this has caused hardship to farmer and other. This is totally unacceptable,”. The order directed the registrar to develop a standardized sheet for evaluation of application for registration of plant varieties in accordance with the Act, rules and regulations. “Registrar may also constitute a committee and submit the detailed report on how to avoid such instances in future.”

The decision was seen as an important moment for working class rights, or as a “historical victory for farmers in India,” said Kavitha Kuruganti. However, there is also an opinion circulating that this decision might hamper agricultural innovation in India and criticized India’s PVP legal system as potentially confusing.

Outside of any ethical arguments regarding PepsiCo’s revoking of PVP rights, it is important to note that the key to the decision was a blunder in PepsiCo’s registration process. Therefore, in order to avoid the same mistakes, it is crucial for partners to utilize the best services for all IP-related purposes. Contact us immediately at marketing@ambadar.co.id.