Indonesia's Accession to the Budapest Treaty 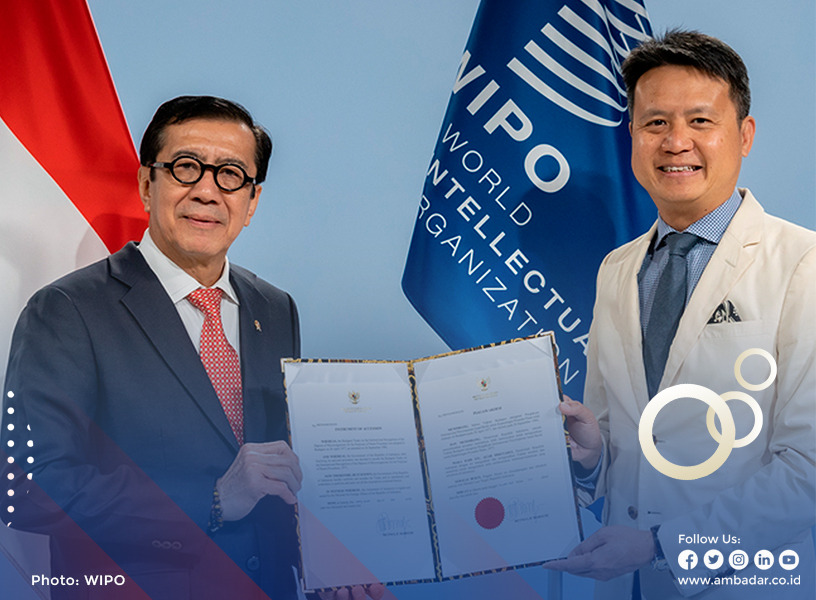 The Budapest Treaty on the International Recognition of the Deposit of Microorganisms for the Purposes of Patent Procedure (“Budapest Treaty”) is an international agreement adopted on 28 April 1977, as amended on 26 September 1980 in Budapest, Hungary. On April 4, 2022, the President of the Republic of Indonesia, Joko Widodo, issued Presidential Regulation Number 44 of 2022 concerning the Accession of the Budapest Treaty as a form of Indonesia's participation as a participating country.

According to Yasonna, the accession of this treaty will provide benefits to ensure the results of research and innovation to obtain adequate and efficient patent protection since microorganisms will be available safely according to standard storage.

The Budapest Treaty in Brief

Through the Presidential Regulation, the Government of Indonesia ("The Government") considers that the Budapest Treaty has a strategic role in realizing an internationally effective and efficient patent application process.

The Budapest Treaty was issued in order to eliminate the need to deposit in each country where protection is sought. The treaty provides that the deposit of a microorganism with any IDA suffices for the purposes of the patent procedure before the national patent offices of all contracting States and any regional patent office.

The Depositary may achieve the status of an IDA by granted it by a party state in the region in which it is located, according to Article 7 of the Budapest Treaty. With assurances to the Director General of WIPO that the Depositary in question complies and will continue to comply with relevant Treaty obligations.

Furthermore, measures governing export and import limitations are outlined in Article 5 of the Budapest Treaty, as follows:

“Each Contracting State recognizes that it is highly desirable that, if and to the extent to which the export from or import Into its territory of certain kinds of microorganisms is restricted, such restriction should apply to microorganisms deposited, or destined for deposit, under this Treaty only where the restriction is necessary in view of national security or the dangers for health or the environment.”

As a consequence, there are limits or bans in place for microorganisms that have been or are about to be preserved. Such limitations or prohibitions are required for national security or the threat it causes to health or the environment.

Second, to support research infrastructure to support storage, research, and other services for microorganisms, such as those provided by the National Research Agency, the Indonesia Culture Collection (“InaCC”). This needs to be done considering that InaCC serves service users from Indonesia and foreign countries in identifying microorganisms and other microbiological analyses.

Furthermore, through adequate infrastructure and facilities to support storage service activities, research, and other related services related to microorganisms, InaCC's status as a Depository Institution can be upgraded to IDA.

Third, it is deemed necessary for the Government to announce and socialize the accessions that have been made to stakeholders. This step is needed to provide certainty and harmonization to minimize obstacles that may occur in its implementation.

Then, the accession to the Budapest Treaty also impacted inventors engaged in biotechnology research and other research fields involving microorganisms.

If you have any queries about the Budapest Treaty or the patent registration process, please contact us at marketing@ambadar.co.id.