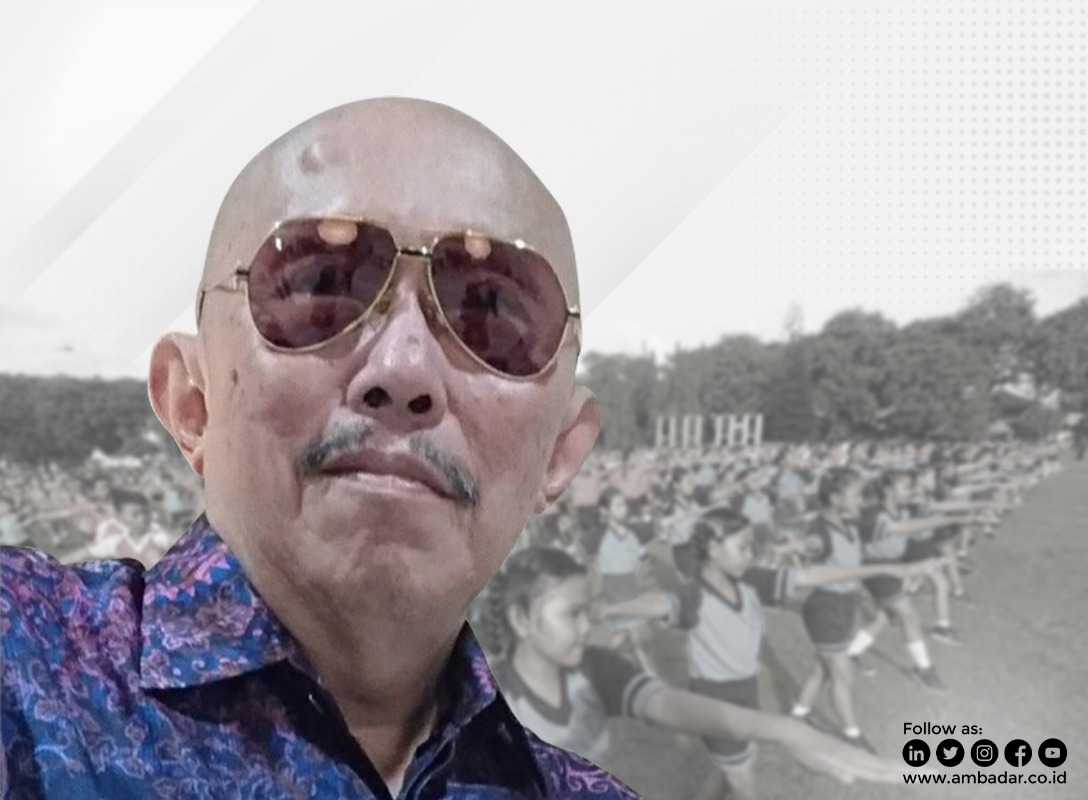 Those of you who were around in the 90s, remember SKJ ‘88? Senam Kesegaran Jasmani (physical fitness) 1988 was, like its name suggests, created in 1988. It used to be mandatory for students and Government employees to perform this exercise in the morning. Thus, it was a very popular form of exercise at the time.

SKJ ’88 has a cheerful and exciting atmosphere, which is enhanced by a song created by Djanuar Ishak. The song shares the same name with the exercise, as in they’re both called Senam Kesegaran Jasmani 1998 or SKJ ’88 for short. The song gives the same amount of nostalgia as the exercise itself. Aside from being known for creating the nostalgic song, Djanuar Ishak also is the founder of Karya Cipta Indonesia (Indonesian Creations) and Performers’ Rights Society of Indonesia (PRISINDO).

Now that you’re informed enough, let’s start talking about the main topic. Did you know he had to protect the Copyright of SKJ ’88 in court?

In June 2021, Djanuar Ishak sued a home shopping company by the name of PT Elang Prima Retailindo for infringing upon his Copyright by using SKJ ‘88 without his permission.

It all began when the songwriter was on YouTube. He came across an advertisement for a fitness product. The name of the product advertised was Bodimax Running Machine. The advertisement itself wasn’t problematic. The song playing in the background was. After all, Djanuar Ishak never gave the company permission to use SKJ ‘88 for the purpose of advertisement.

After realizing his Copyright had been infringed, Djanuar Ishak alongside his legal counsel, Nugroho Tri Hartanto, S.H, began their fight to protect his rights in Central Jakarta Commercial Court.

The triumph wasn’t only celebrated by Djanuar Ishak, but also by every creator who witnessed the protection of Copyright by Indonesia’s regulation. The hope is, this case could reintroduce Copyright and the importance of it to the regular citizen so that cases like this one would diminish in number.

The Applicable Law in This Case

We use Law Number 28 of 2014 concerning Copyright, known as the Copyright Law, for cases such as this. According to Article 40 of the Copyright Law, song or music is one of the many creations protected by Copyright. Similar to other forms of protected creations, songs grant their creators exclusive rights, consisting of moral and economic rights.

The utilization of songs for commercial purposes, if done with the necessary permission, will give creators royalties. However, as is evident in this case, if a party uses a song without permission, its creator will be aggrieved because they received no reward for the usage of their creation. Being one of the two rights protected by Copyright, if economic rights were violated, it could fall under the category of Copyright Infringement which then allowed creators to sue for compensation (see Article 99 of the Copyright Law).

Song or music can also be considered phonograms. The copyright law describes phonogram as “Fixation of performance sound or other sounds, or representations of sound, which are not included in the form of Fixation incorporated in cinematography or other audiovisual Works”

If a party wishes to utilize a phonogram’s economic rights, they are required to ask for permission from the phonogram’s producer, as is regulated in Article 24 paragraph (4) of the Copyright Law. Reported by Akurat News, Tuesday (19/4/22), Djanuar Ishak not only is the Copyright owner or creator of SKJ ‘88, he is also the Related Rights holder of the once very popular song.

The defendant in this case, PT Elang Prima Retailindo, had an obligation to seek permission from Djanuar Ishak as the holder of Related Rights and the creator. Instead of carrying out their obligations, they took advantage of the economic rights of SKJ ‘88 without Djanuar Ishak's permission. In view of this and according to Article 99 UUHC, Djanuar Ishak had every right to sue. The victory achieved by Djanuar Ishak is in line with the Copyright law applicable in this country.

What we can take away from this case is, in order to avoid having to go through the trouble of a legal fight, we should request for permission before using someone’s creation. Even so, avoiding legal fights should not be our only reason for asking for permission. We should do it as a way to show our appreciation to the creator and/or Related Rights holder.

If you or someone you know are interested in topics surrounding Copyright, or perhaps other forms of Intellectual Property, don’t hesitate to contact us via our email, marketing@ambadar.co.id. We’ll be ready to answer your questions.