Muzmatch v. Matchgroup, Who's going to win the match? 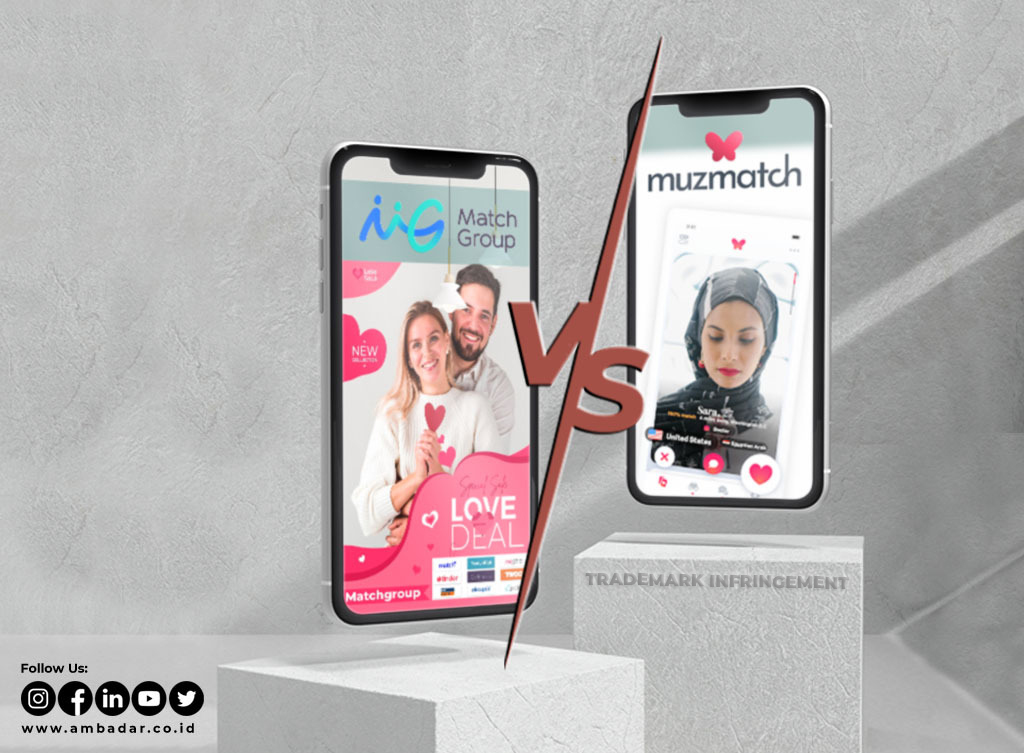 Match Group, the parent firm of online dating apps, filed a lawsuit against Muzmatch in January 2022. By utilizing the word "match" in its name, Muzmatch is considered to have infringed on its trademark logo. In addition,  Muzmatch is thought to have produced an unfair advantage that has harmed the company's reputation and investment in its brand.

For your information, Match Group is Tinder's parent company, OkCupid, and other online dating applications. This US-based company achieved a profit of up to USD 3,000,000,000 (three billion US dollars) last year by having 16,000,000 (sixteen million) paying subscribers worldwide.

Meanwhile, Muzmatch is a Muslim-only online dating service created in 2011 by Shahzad Younas. Muzmatch's application-based features have been available since 2015. It has over 6,000,000 (six million) members worldwide, with over 200,000 (two hundred thousand) different matchmaking success stories through the app.

Journey of the Muzmatch Case with Match Group

Muzmatch registered its trademark in the United States and Europe in 2016.  Its trademark registration is still valid in the United States today. Match Group's attorneys, on the other hand, objected to trademark registration in Europe. Match Group's attorneys issued a legal notice and requested Muzmatch to discontinue using the "MUZMATCH" brand. Match Group argues that rival dating firms will not be allowed to use the English term "match" in their name. They also asked Muzmatch to modify the appearance and style of the logo.

According to Younas, they had used the heart-shaped logo before Match Group registered the trademark. Muzmatch then changed its trademark as a result of this. The heart shape was removed, and the font used in the Muzmatch logo was modified. On the other hand, Match Group continues to make further efforts to protect its business. It has maintained its opposition to the Muzmatch trademark in Europe.

Seeing Muzmatch's growth, Match Group launched a purchase bid for the company in 2017. Younas, on the other hand, refused the acquisition offer. Furthermore, the last offer was made in 2018 for USD 35,000,000. (thirty-five million United States Dollars). Muzmatch, however, rejected this offer once more. Then, in 2019, Match Group acquired Harmonika, currently known as Hawaya. Hawaya is a Muslim online dating app in Egypt that competes with Muzmatch.

They launched legal action against Muzmatch a few months later at the Intellectual Property Enterprise Court ("IPEC") in London, England. Muzmatch is accused of trademark violation by Match Group. Match Group has filed another lawsuit in the United States for March 2021. The case was about patent infringement and cybercrime regarding Match Group's use of the "swipe" feature.

What happened to Muzmatch?

The judge announced the verdict in April 2022. The judge stated in his decision that the word 'match' had been a trademark of (match.com) since 2011, the year Muzmatch was founded.

As a result of this judgment, Muzmatch has been defeated and is obliged to pay several losses to Match Group and change its trademark. Furthermore, the judge mentioned that he didn’t believe Muzmatch was intentionally using Match Group’s brand to gain a personal advantage.

According to Younas, he has been approached by more than 10 (ten) different startups in the last 6 (six) months. They addressed the threats and legal pressure from Match Group for trademark infringement or the workings of their products.

Following pressure from the Match Group on Apple, one of them even pulled their software from the App Store. Match Group is one of Apple's top App Store income sources, generating the app platform USD 300,000,000 (three hundred million US dollars) last year.

Despite losing at the trial court, Younas stated that he respected the ruling. However, he will continue his fight to appeal due to his dissatisfaction.

Younas voiced his disappointment with the court's decision. The judge's decision might have severe consequences for tiny enterprises in the tech industry.

He said that the legal actions were a tactic. As a major corporation, Match Group will sue to get the data and attempt to take over its target firm. When takeovers fail, they approach the competitors before 'killing' the target firm. Younas also stated that paying millions of dollars in legal expenses was not an issue. It does, however, mean a lot to a firm like Muzmatch.

Don't miss out on the most recent intellectual property-related news, available exclusively at ambadar.co.id, or follow us on social media.