Semarang City Government Unable to S.H.I.E.L.D Themselves from Critiques 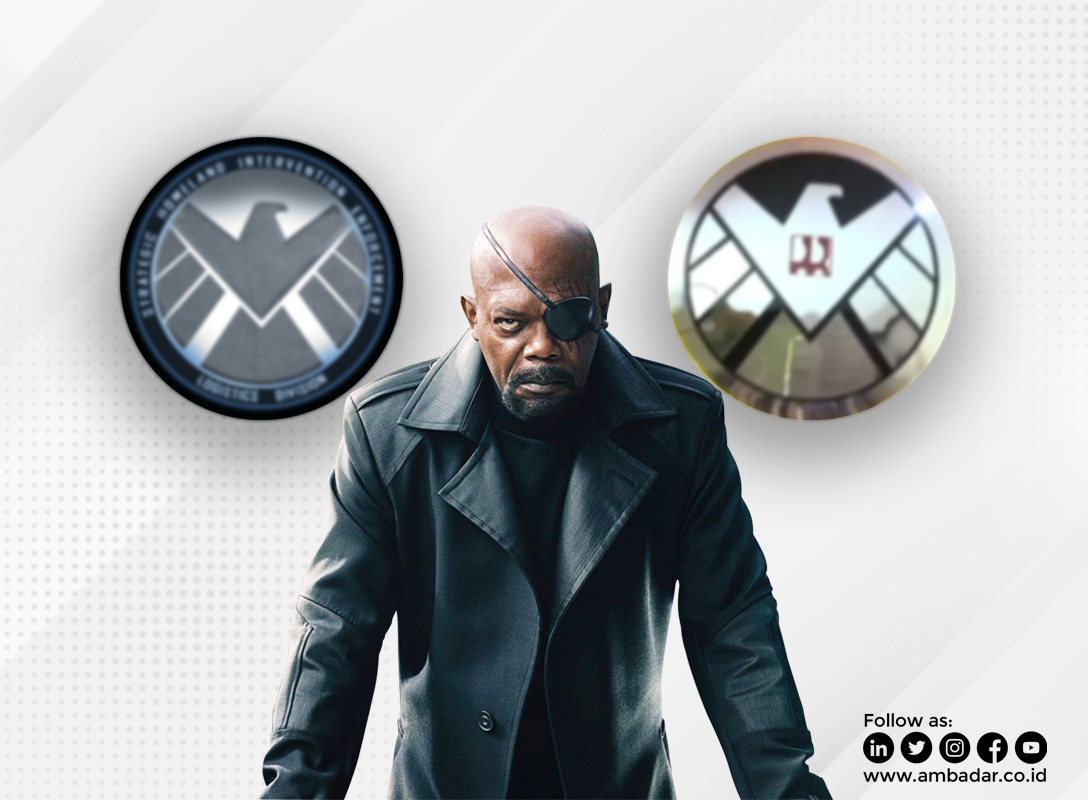 Semarang City Spatial Planning Service (Dinas Penataan Ruang Kota Semarang) received several critiques from netizens after the release of the logo for a new program by the name of SHIELD. The logo was released through Twitter and spread by Henrar Prihadi, the Mayor of Semarang. Why did they receive backlash? Well, it was because SHIELD, which is short for Spatial Holistic Integrated Environment and Land Division, had a logo which was identical to the logo for Marvel’s SHIELD. For your information, Marvel’s SHIELD is a fictional organization, appearing in “Iron Man” (2008), “Agents of SHIELD” (2013), and plenty of other Marvel movies.

The logo which depicts a bird with its wings open accompanied by the word ‘SHIELD’ underneath has significant similarities to the logo for Marvel’s SHIELD, that is the opinion held by netizens. It’s important to explain that since SHIELD (Strategic Homeland Intervention, Enforcement, and Logistics Division) is a fictional organization made by Marvel, it is included in the list of Marvel’s creations.

Reported by Republika, Monday (18/4/22), Semarang City’s Mayor, Henrar Prihadi, has given the order to change the logo for Semarang’s SHIELD. Semarang City Spatial Planning Service attempted to defend the use of the logo by stating that their use of it does not fall under the category of commercial use. At the time of this article’s writing, Semarang City Spatial Planning Service is holding a logo design contest to replace the controversial logo. However, as can be observed in the comment section of the Instagram post, this contest created another polemic.

There is no significant difference that can be used to defend the use of the logo by Semarang City Spatial Planning Service. The drastic similarities between the two logos give rise to questions, considering Marvel and its creations are spread and known by the general public. Proof of that knowledge is the fact that there is an uproar on the internet as a result of the logo’s release.

Imagine if Semarang City Spatial Planning Service didn’t change their logo, would there be any potential for legal issues?

First of all, even though SHIELD is not a real organization, it is still protected by the law, namely the Copyright and Trademark laws. In order to know why, we need to examine the applicable laws here.

Article 1 of Law Number 28 of 2014 concerning Copyright explains that Copyright is an exclusive right which automatically arises based on declarative principle after a creation has been realized or has a physical form without reducing restrictions in accordance with the provisions of the legislation.

What is creation? Regulated in Article 1 number 3 of the Copyright Law, creation is every creative work in the fields of science, art, and literature that is produced on the inspiration, ability, thought, imagination, dexterity, skill, or expertise that is expressed in a tangible form. Through this Article, although copyright protection for fictional works is not specifically stated in the Copyright Law, we can draw the conclusion that fictional works are included in the category of creation in question. The argument used here is that a work of fiction is a work of art in the form of art produced based on the mind and imagination of the creator.

What of the Trademark law? Logo and writing are parts of Trademark, according to Law Number 20 of 2016 concerning Trademark and Geographical Indication. However, the difference between Copyright and Trademark lies in their protective systems. Trademark dictates for a registration, Copyright doesn’t.

In this context, Marvel has registered their SHIELD Trademark to DGIP with registration numbers D002014026414, D002014026411, and D002014026415 under multiple names, such as SHIELD and Agents of SHIELD. Although the class codes aren’t for an organization, institution, agency, or program, there are still relevant similarities between the logos of the two SHIELDs.

It is regulated in Article 16 paragraph (2) letter c of the Ministry of Law and Human Rights Number 67 of 2016 concerning Trademark Registration that: "The application is rejected by the Ministry in the event that the Trademark applied for has similarities in principle or in its entirety to: ... Well-known trademark belonging to another party for goods and/or services not of the same kind that meets certain requirements”.

The application for trademark registration is rejected by the Ministry, so it can be concluded that the public is prohibited from registering and using a Trademark that has similarities with a well-known Trademark. The prohibition is given both for goods/services of the same type, as well as those that are not of the same type. In this context, the SHIELD logo and name/writing are already a well-known Trademark unit belonging to Marvel. Therefore, Semarang City Spatial Planning Service is not allowed to create or use a logo/writing that is similar to the SHIELD logo/writing.

Can SHIELD Be Used for Non-Commercial Purposes?

Copyright includes economic rights and moral rights. If economic rights are not violated, the possibility of legal threats is drastically reduced. However, this does not mean that copying creations of other parties is permissible. Keep in mind that moral rights are owned by creators inherently. A very glaring copy of a work, like shown in this case, can be included in the category of modification of creation because the logo for Semarang’s SHIELD is so alike to the logo of Marvel's SHIELD that it appears to be just Marvel's SHIELD with the addition of Semarang City Spatial Planning Service's logo in the middle.

Moreover, the reduction or absence of a legal threat does not mean something is good to be implemented. Especially in this case the imitator is the Government. The government should set a good example to the community, any violation of moral rights against works that are known gives a very bad impression.

Referring to Article 1 point 5 of the Law on Trademark and Geographical Indication, the right to a trademark is an exclusive right granted by the state to the owner of a registered trademark for a certain period of time by using the trademark themselves or giving permission to another party to use it. The resemblance between Marvel’s SHIELD logo and Semarang’s SHIELD logo has fallen into the “too similar” area to the effect that it appears to be just Marvel's SHIELD logo added with Semarang City Spatial Planning Service's symbol. This means that there is a violation of Marvel's exclusive rights as the owner of the SHIELD trademark which never gave permission to Semarang City Spatial Planning Service to use their logo.

The Trademark law may not regulate the specific differences between commercial and non-commercial uses, even so, it can be seen from the Article referenced in the previous paragraph that the usage of a trademark is only legal if used by its owner or a permitted party. For the purpose of avoiding legal trouble, it’s recommended for those outside the parties mentioned to not use the registered trademark.

Erasing the posts and changing the logo were the best responses Semarang City Spatial Planning Service could have made in this situation. If they hadn’t made that move, the possibility of legal trouble would have continued to loom.

If you or someone you know requires our legal help or expertise, don’t hesitate to contact us through marketing@ambadar.co.id. Our experienced legal specialists are ready to assist.