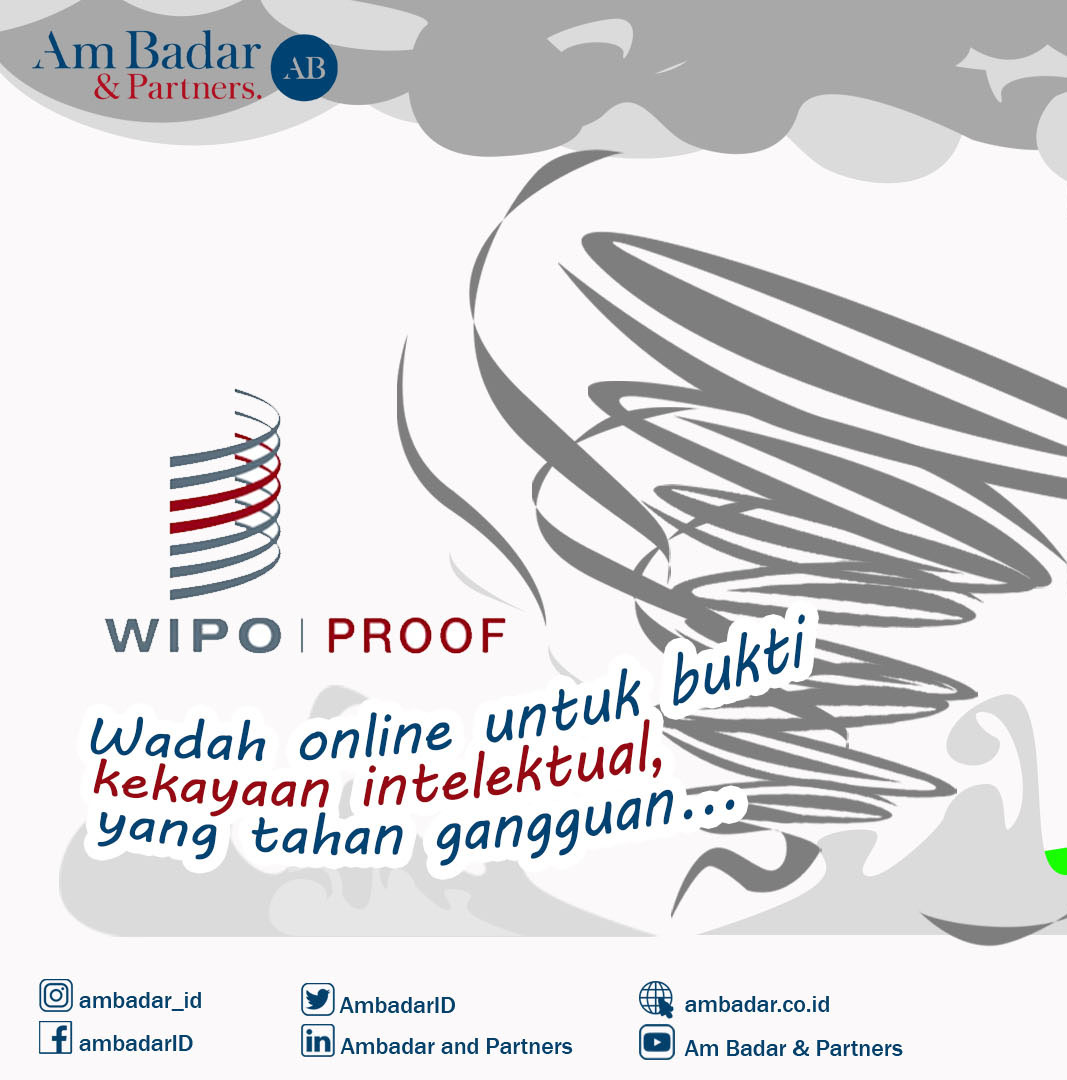 Frequently, work or innovation requires back-breaking work and cannot be accomplished in one or two days. From such effort a creator or inventor don’t want their invention to be used by another party without rights, because it will harm and violates the inventor’s right.

Those laws regulate how an invention is registered, to protection and sanctions for violations of certain innovation. Despite the existence of intellectual property regulations in Indonesia, there are still many people violating moral and economic rights of a work or invention.

As an additional choice to prove that a certain person is the rightful owner of his work or invention, WIPO provides a digital platform where a person is possible to safeguard an innovation, design, and other digital intellectual assets, and it is called WIPO PROOF.

Nowadays, there are rampant misuse and misappropriation of intellectual assets, especially through digital media, which possible to incur losses to the rightful owner of an invention. Even more, advanced technology making it easier to violate people’s right. Therefore WIPO PROOF expected to help prevent misuse and misappropriation, and can even be used as evidence in court.