Zara v. Zana: Which One Do You Choose? 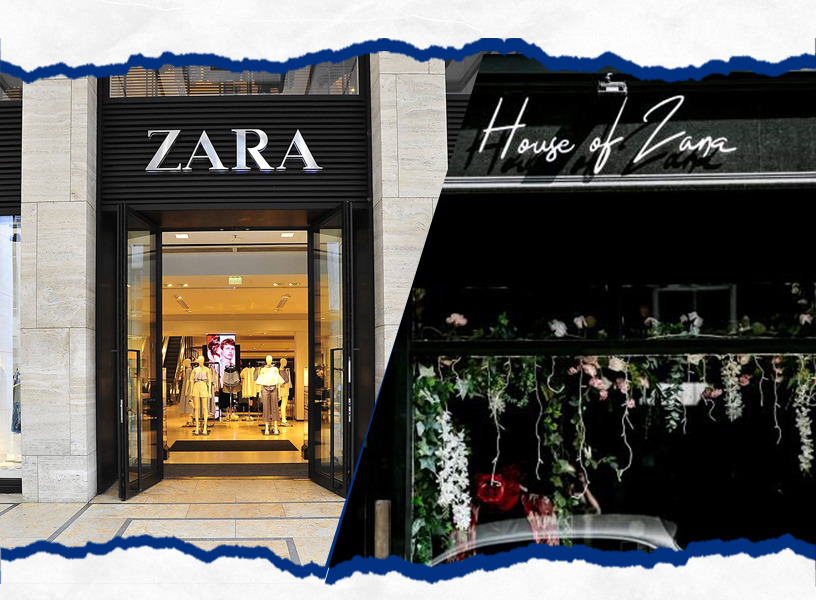 Zara issued a ‘threat’ to a local British business, House of Zana, to close its doors in April 2022. The Spanish high-street fashion label claims that the House of Zana is conceptually identical.

The Case in Brief
Amber Kotrri, the owner of the House of Zana, was contacted by Zara's lawyer a year ago. Zara's lawyer stated that "amicable efforts" are being made to resolve this issue. On the other hand, Amber rejected this claim in a statement that was cited as follows:

"The only correspondence I got from Zara was that her lawyer asked me to close my business. They never tried to talk to me amicably. It was very disappointing. As the letter says, Zara has started her business from a small family. Due to the pandemic, they have empathy for other small businesses and will give me three months to close it all down."

Amber also explicitly refused to sign the letter that had been sent. She was ordered to take the House of Zana brand name off all its stores, tags, business cards, social media, and website.

The dispute began after Amber registered the House of Zana trademark in December 2020. Subsequently, in April 2021, Zara's lawyers sent a Notice of Threatened Opposition arguing that the trademark was conceptually identical.

Then responding to this issue, in June 2022 Amber will represent herself in court. The judge will decide whether she may preserve the name of her company.

She said that she would remain determined not to back down. She also stated that giant businesses should not be allowed to attack small businesses when there is nothing in common. Meanwhile, the word Zana means angel in Albanian.

As for Amber, she has received a lot of support on social media. One of them is North East Retail Consultant, Graham Soult, by conveys his support on his Twitter account which is quoted as follows:

"If Zara is objecting to an independent business called House of Zana, where does it end? H&M trying to close down B&M because part of the name is the same?"

"Well done Amber, all the best in your fight. Don't let them bully you. You have a good little business and worked hard to succeed in these troubled times."

Another support was also provided through an online petition to stop Zara from shutting down sustainable local businesses. So far, the petition has collected 8,958 (eight thousand nine hundred and fifty-eight) of the 10,000 (ten thousand) required signatures.

She also stated that in the last few months, she often visited her lawyer to provide evidence. However, it was not her loss, other than the time he can spend with her kids.

Similar Case
Another company that has been involved in a similar dispute with Zara is Tara Sartoria. The company is engaged in processing handmade silk products made by underprivileged women in Indonesia and Vietnam.

A total of 10% (ten percent) of the profits are used to empower women. By providing funding for those who want to start their own micro-business as well as tuition fees for college.

Tara Nguyen, the owner of Tara Sartoria in Vietnam, contacted the British Broadcasting Corporation (“BBC”) to provide a statement that she had also been sent an official letter from the fashion giant which she said that it was very unfair.

Furthermore, she also gives a statement which is quoted as follows:

“Changing all of my branding, logo, packaging, etcetera would be a fatal blow to my business, and unfortunately would derail my mission to help otherwise impoverished women stand on their own and benefit their families and villages.”

Fighting big companies like Zara and Inditex, Zara's parent company, is a daunting position for Nguyen. After responding to the Notice of Threatened Opposition sent by Zara's lawyers in November 2021, its business suffered losses that drained all of the company's resources.

Based on the cases described above, it can be concluded that trademark registration is a crucial record for business actors in providing legal protection, especially for local businesses and SMEs.

If you need consultation regarding trademark registration, do not hesitate to contact us at marketing@ambadar.co.id.